China's Social Media Users Are Going Crazy Over Ice Cream That Doesn't Melt, Even Under An Open Flame 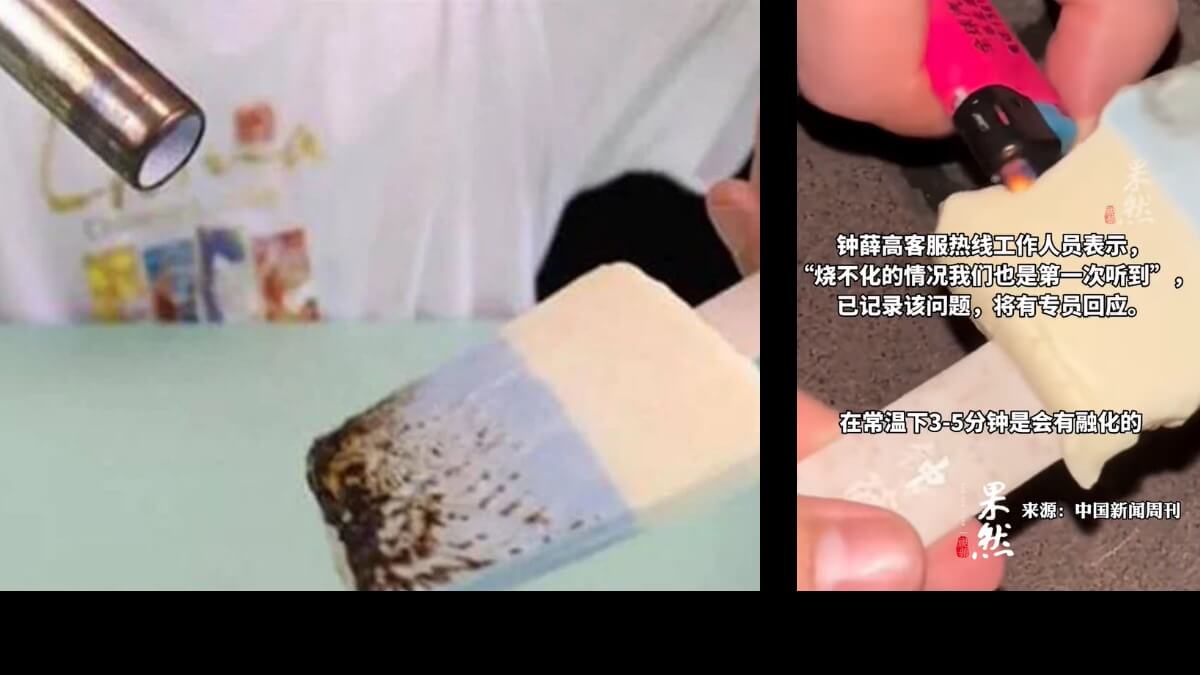 China’s Social Media Users Are Going Crazy Over Ice Cream That Doesn’t Melt, Even Under An Open Flame

An upscale ice cream company in China ignited a controversy after some people discovered that their frozen desserts don’t melt in any circumstances – not even under an open flame.

As Oddity Central reports, the first person to call out Zhongxuegao, the icecream maker, posted a photo of an ice-cream bar next to a thermometer that read 31 degrees Celsius / 88 Fahrenheit. According to the post, the coconut flavored ice cream didn’t melt at that temperature even after more than 50 minutes.

On July 5th, someone else posted a video where they were using a kitchen torch to melt the Zhong Xue Gao ice cream and, spoiler alert, it didn’t melt.

What could be in an ice cream that doesn’t melt?

According to Zhongxuegao’s statement, the ice-cream recipe is a standard one but the company uses a “viscosity-enhancing agent” whose name wasn’t revealed.

“The main components of the baysalt coconut-flavoured ice cream are milk, single cream, coconut pulp, condensed milk and milk powder. Forty per cent of this ice cream is solid materials,” the company claimed in a statement released on Weibo.

One of the videos calling out the unmeltable ice cream garnered 500 million views on Weibo, which prompted authorities to investigate.

According to South China Morning Post, an officer from local regulator the Shanghai Market Supervision and Management Bureau said on Tuesday that his office was aware of the viral videos and it will investigate the case.

South China Morning Post also points out this ice cream that doesn’t melt is also sold for a relatively high price, with an ice cream bar retailing at about  20 yuan (US$3) and the premium options going for 70 yuan (US$10.50) or higher, several times more than competitor ice creams.

The Zhong Xue Gao brand is apparently also nicknamed the “Hermes of Ice Cream” thanks to their prices.

China’s Social Media Users Are Going Crazy Over Ice Cream That Doesn’t Melt, Even Under An Open Flame