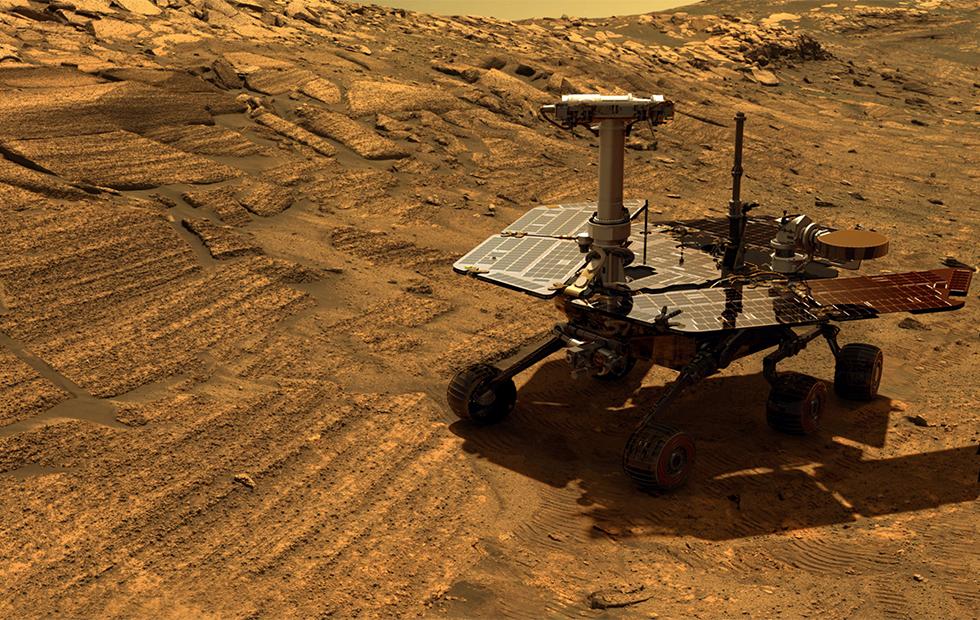 Last year, NASA lost contact with the Opportunity rover, following a dust storm that roamed across the Martian landscape. The team back on Earth has been trying to contact the rover ever since.

The engineers attempted to revive the Opportunity in a number of ways, with repeated attempts – 835 of them, to be more exact -, hoping at the same time that the strong winds that crossed the planet from November through January would help clear out the rover’s solar panels just enough for it to be able to send back a short reply.

Unfortunately, after many unanswered attempts, NASA decided it was time to say goodbye for good; the space agency held a news conference where it confirmed that the mission was officially over.

“For more than a decade, Opportunity has been an icon in the field of planetary exploration, teaching us about Mars’ ancient past as a wet, potentially habitable planet and revealing uncharted Martian landscapes.

Whatever loss we feel now must be tempered with the knowledge that the legacy of Opportunity continues, both on the surface of Mars with the Curiosity rover and InSight lander and in the clean rooms of [NASA’s Jet Propulsion Laboratory], where the upcoming Mars 2020 rover is taking shape.”

The Opportunity launched back in 2003 and its mission was only supposed to last for 90 days. Instead, the resilient rover, against all odds, stayed online for 15 years. In all this time, it has sent invaluable data and photographs back on Earth, helping the scientists get a better understanding of the Red Planet.

You might remember the excitement that rippled across the scientific community (and not only) when it was discovered that Mars used to hold water – that discovery had been made thanks to Opportunity.

Since then it traveled 28 miles across the Martian surface, a much, much longer distance than the 1,100 yards it was expected to perform during the planned 90-day mission.

The rover sent back 217,594 raw images and overcame a number of dangerous obstacles, until now that is.

Opportunity, or Oppy, as it was affectionately called by its ground team, eventually said its goodbyes from what is known as Perseverance Valley, before it was engulfed in a global storm that starved it of energy for good.

Michael Watkins, Director of JPL said that he “cannot think of a more appropriate place for Opportunity to endure on the surface of Mars than one called Perseverance Valley. The records, discoveries and sheer tenacity of this intrepid little rover is testament to the ingenuity, dedication and perseverance of the people who built and guided her.”