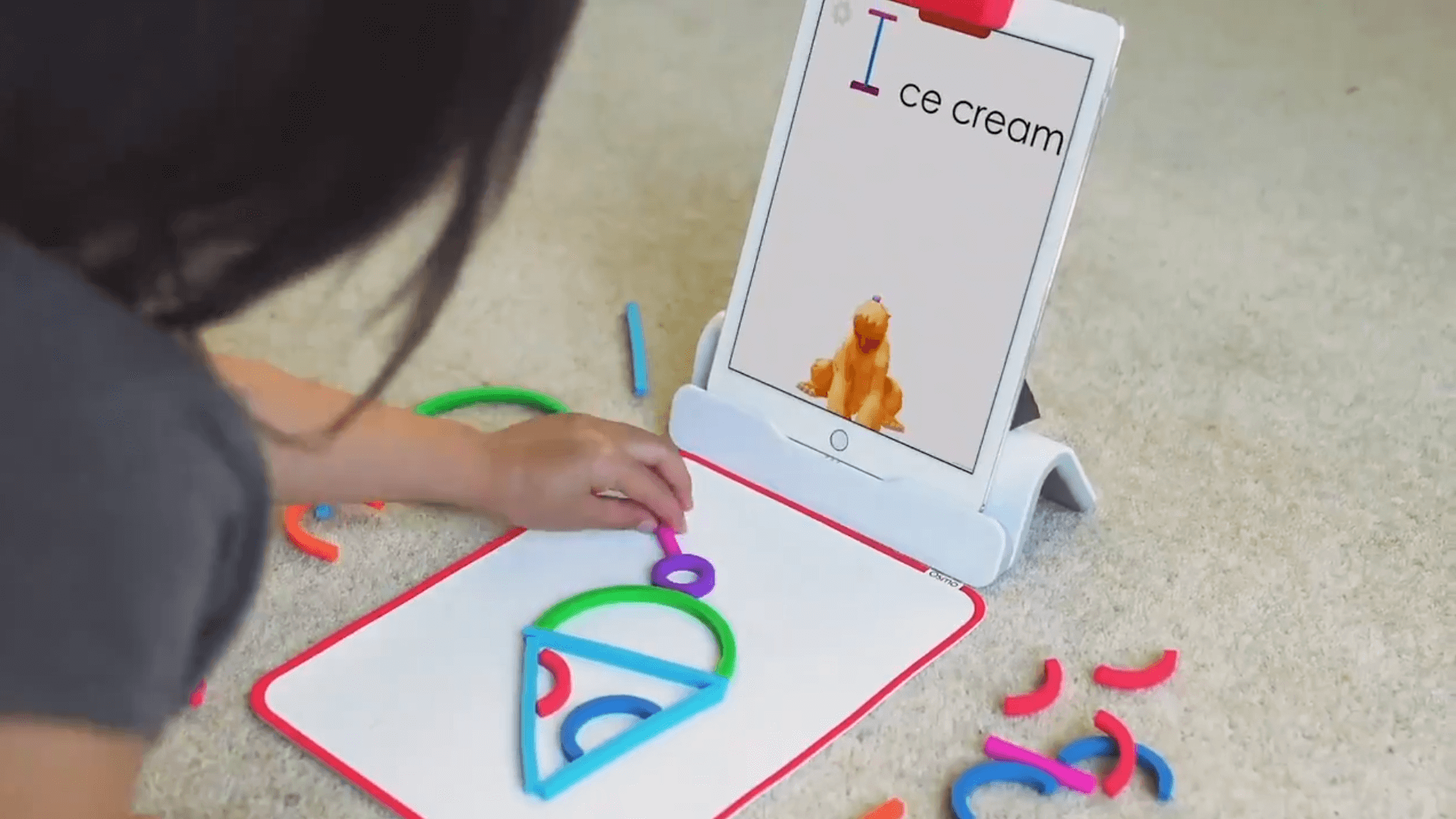 The way preschool children are taught things hasn’t really changed much – the fundamentals of preschool literacy have remained almost the same for almost 100 years, in spite of all the technological advancements that have happened in all this time.

MIT research even indicated that 90% of a child’s brain activity develops by age 5. So why aren’t we putting all that brain activity and the technology we have available at our fingertips to good use?

Osmo was wondering that too, that’s why it partnered up with Marbotic, an European tech company that focuses on developing fun and playful experiences for early learners.

The company has announced yesterday its latest product, directed at children aged 3 to 5 years old. It’s called the Little Genius Starter Kit and works as an iPad-enabled learning tool that comes with four interactive games out-of-the-box that will teach the children the alphabet, how to draw and how to solve problems in creative ways.

The company has previously built other similar iPad devices that teach children how to code or build race cars. Other similar kits sold by Osmo help the kids spelling and maths. This kit is not very different from its existing predecessors, just that it’s aimed at much younger children.

“[…] we focused on filling a critical gap in the market,” Pramod Sharma, co-founder of Osmo has said of the product. “Since the release of our original Genius Kit, we’ve received many inquiries from parents asking if we had something similar for their younger child, … so we went to work.”

The Little Genius Starter Kit doesn’t rely on just apps for the teaching process: the way the device is built allows you to convert it into a full-fledged hands-on game.

This new way of interacting with what is being taught combines the ‘hands-on play’ approach of Friedrich Froebel and Maria Montessori with computer vision and an engaging experience that promises to maintain the child’s attention and curiosity.

Tangible ABC’s for example helps the children build letters via squishy sticks and rings while Stories will get them to mix and match costumes so they can find ‘silly solutions to obstacles and navigate adventures.’

“What we see in the huge opportunity in the market for games are targeted opportunities for learning and education in the U.S. market,” said Sharma in a statement. “We have a strong business model that is working well and is enabling us to innovate. […] We have opportunities in India, China, and the U.S.”

The Little Genius Starter Kit is already available for pre-order on Amazon.