New Robot Can Climb Onto Wind Turbines and Inspect Them 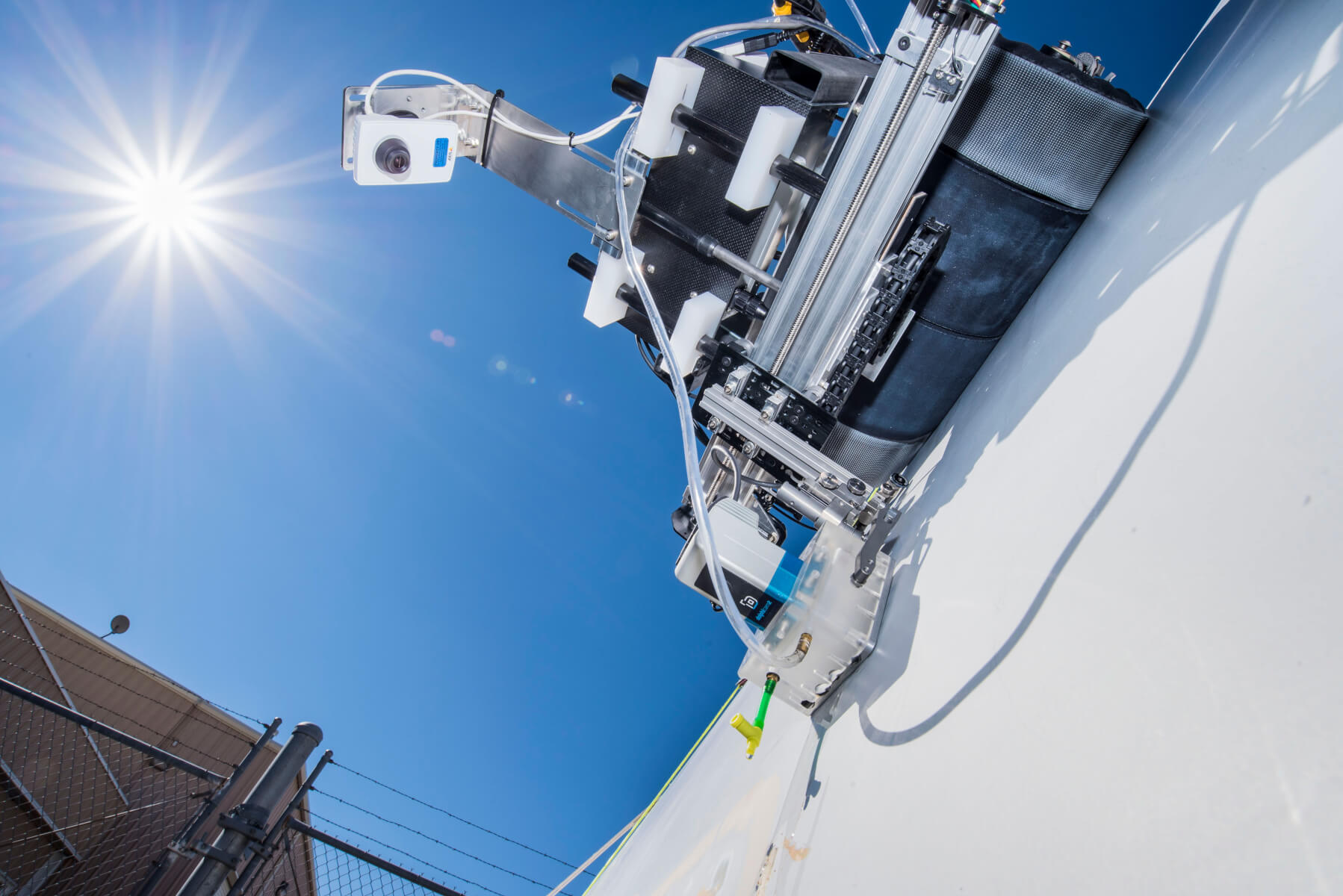 Which is true, but these systems are way more complex than you’d think and wear and tear do get to them eventually, just like it’s the case for any other machinery. They have to deal with the weather, different temperatures and, of course, lightning strikes. Being a wind turbine is not easy.

However, when these mammoths fail, the consequences that follow are just as, if not even more costly than fixing the turbines. This means that, in order to keep them operational, they need to be inspected at regular intervals and that in itself is no easy feat, especially when it comes to their blades.

“Wind blades are the largest single-piece composite structures built in the world — even bigger than any airplane, and they often get put on machines in remote locations.” Joshua Paquette, mechanical engineer for Sandia explained. “A blade is subject to lightning, hail, rain, humidity and other forces while running through a billion load cycles during its lifetime, but you can’t just land it in a hanger for maintenance.”

While they are large objects, they’re not easy to inspect and, according to Paquette, the current methods of inspection don’t always manage to catch the damage in time.

“In these visual inspections, you only see surface damage. Often though, by the time you can see a crack on the outside of a blade, the damage is already quite severe,” Paquette went on to say.

That’s how he and his team created a robot that can crawl along a turbine blade and document its condition visually and via ultrasonic imaging. The ultrasonics can penetrate deep into the blades and help the robot identify any damage that might have occurred to the interior layers.

Of course, the robot still needs to be monitored by a human for now but in the future, the Sandia team hopes that maintenance crew can carry a few unit around with them, attach the robots to the blades and come back hours later and deal only with the areas that have been clearly marked for closer inspection.

“Picture a repair team on a platform going up a wind blade with the robot crawling ahead,” Dennis Roach, Sandia Senior Scientist and robotic crawler project lead said. “When the robot finds something, remotely-located inspectors can have the robot mark the spot so that the location of subsurface damage is evident. The repair team will grind away the damage and repair the composite material. This one-stop shopping of inspection and repair allows the blade to be put back into service quickly.”

Another idea involves having a resident robot ‘live’ on the turbine and check the blades regularly.

Paquette and his team are convinced that autonomous inspections of large structures are the future.

” […] the wind plant operator will come in and look through the data, which will already have been read by artificial intelligence that looks for differences in the blades from previous inspections and notes potential issues.” Paquette said. “The operator will then deploy a robotic crawler on the blade with suspected damage to get a more detailed look and plan repairs. It would be a significant advance for the industry.”