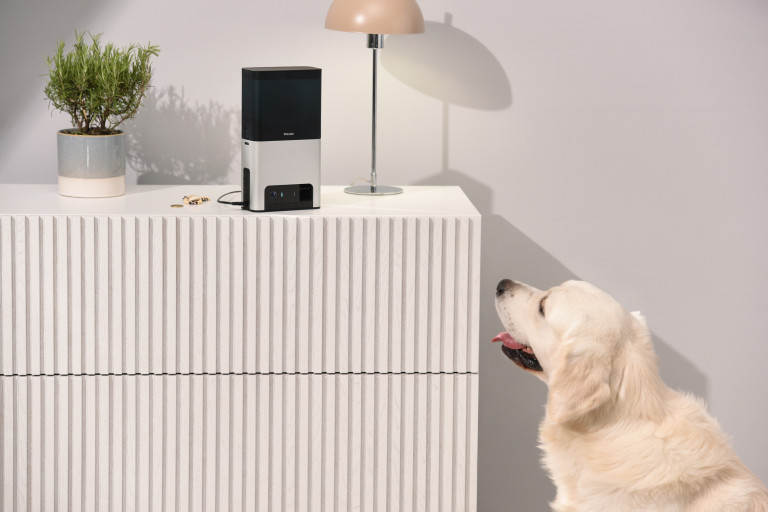 Petcube is a well-known name in the pet gadget industry and the company was also present at CES this year to showcase its latest device for pet owners: the Petcube Bites 2.

The model showcased during the show is actually the reiteration of the Petcube Bites, which keeps the pets occupied at home by giving them treats.

Alongside it, Petcube also unveiled the Petcube Play 2 that offers your pets entertainment via a built-in laser pointer while the owners are away.

The star of this article is the Petcube Bites 2 though. Why? Because it comes with two extended wide-angle lenses added to the mix. They allow for 180-degree room views, 5GHz Wi-Fi support and a 4-microphone array to aid the Alexa integration.

Yes, you read that right, the Petcube will allow the pet owners to play music, set alarms and control other smart home devices through it but the innovation here is that the assistant will also be able to give your pet a treat if you ask it to. And, unlike its predecessor, it will also give you the option to portion your pet’s food, in case they’re on a diet or you just don’t want to spoil them too much (yes you do, always, don’t lie).

The pets will also be able to initiate a ‘video call’ – the calls are triggered when the pet sits in front of the camera. On the other side, the owners will get a notification that will ask them if they want to accept it.

The video calls can also be saved in a number of ways: on the phone, shared online or stored on the Petcube app. There’s also a cloud storage the owners can opt into, for a price, of course.

The device will be available for sale with a price tag of $249 later this spring.