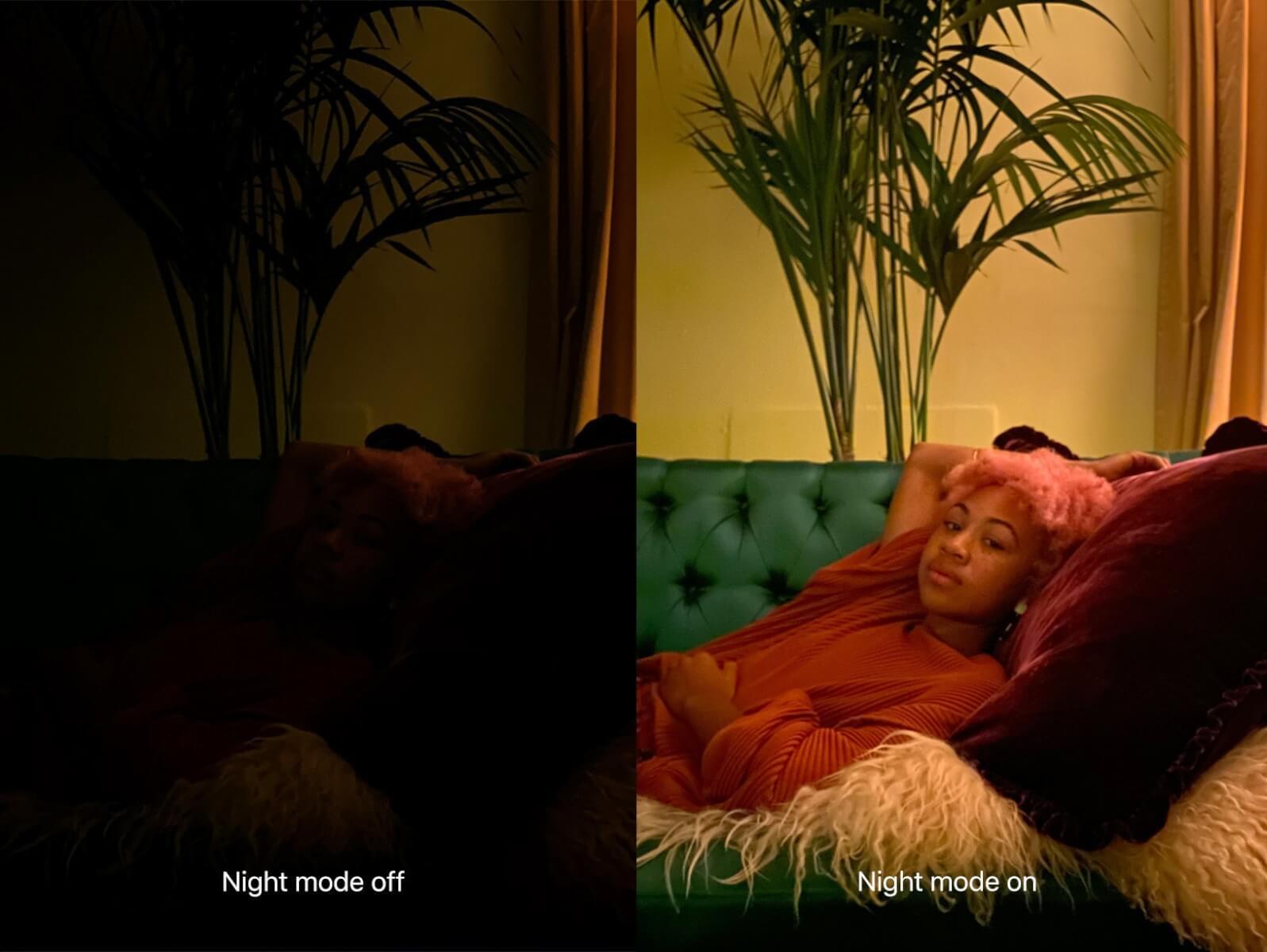 Apple’s iPhone 11 models feature upgraded camera systems and alongside them a Night Mode that aims to improve the quality of photos taken in low light or, of course, at night. The feature is actually similar to Google Pixel’s Night Sight mode and it has been showcased by Apple on stage during the event.

The iPhone 11, iPhone 11 Pro, and iPhone 11 Pro Max all feature Night Mode. The feature does not use a flash, which allows it to produce more natural-looking images in low-light environments: the camera takes multiple photos in a row and uses optical image stabilization to steady the lens. The phone’s software is responsible for aligning the images afterwards, discarding blurry sections, adjusting contrast and fine-tuning the colors. Of course, noise reduction is also implemented. The feature activates automatically when it senses it’s needed.

The differences between the two photos are very clear: the iPhone X’s photo is too dark and lacks detail and color while the iPhone 11 delivers a bright, detailed image of the scene.

On Instagram, Apple has also shared some photos that showcase the camera’s abilities in low-light environments as well as the other camera modes that are available on the iPhone 11 Pro and the Pro Max.

The shots show the abilities of the telephoto, wide and ultra wide-angle lenses. The difference between the iPhone 11 and the iPhone 11 Pro is that the latter features a telephoto lens and 2x optical zoom.

If you’re impressed and interested, the new iPhones are going on sale today, via pre-order and an official launch will follow on September 20th.