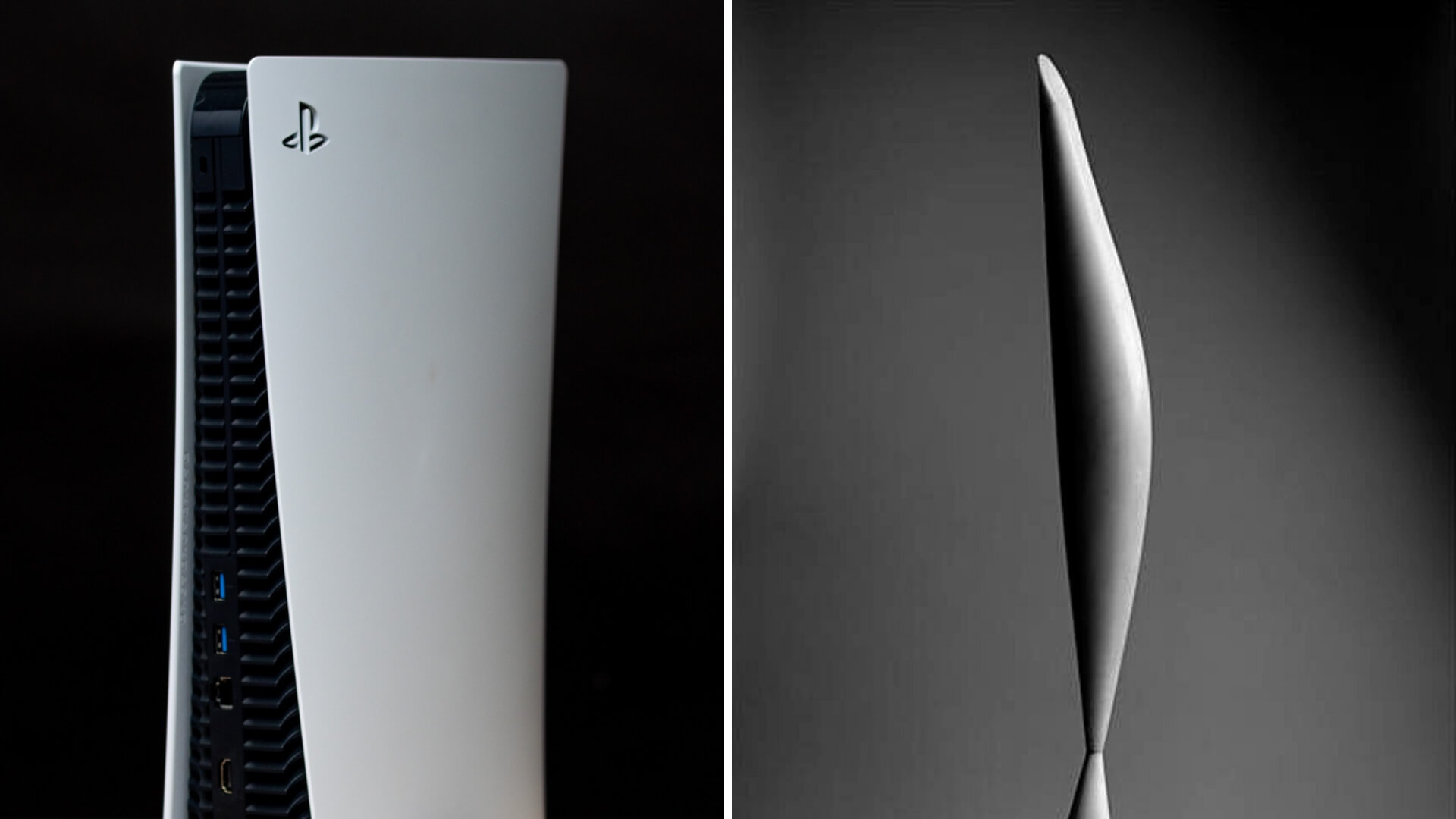 So white! So tall! How is PlayStation 5? It’s… an adjustment, for sure.

Vague as that seems, it couldn’t be more true. For someone who never liked the Wii or Xbox, PlayStation was the obvious choice pretty early in the game. And after years of black boxes, it’s no wonder PS 5 took me by surprise. It’s a new generation of consoles, after all. It will take you, too.

Looked from upfront, from a particular angle, it has almost an artistic fluidity to it. Not gonna lie, it reminded me of Brancusi’s sculptures – especially “Bird in space”. But probably that is my just too active imagination. When you unbox it, PS 5 will most likely hit you like a ton of… books. Seriously, at 16 inches tall, it won’t fit under your TV, in that low space dedicated to your gaming hardware. You’ll most likely get the urge to put it on a shelf, between your books.

Maybe you’ll even find some understanding from your detail-oriented better half; I mean, Sony earned some major points with this design with architects, interior decorators, and minimalists.

That doesn’t mean I can’t place it horizontally, if I choose to – Sony included a stand for that. Honestly, I don’t do half measures and if you’re the same, accept the challenge and find a place to put the PS5 as if it were another collector’s edition action figure.

If the console can give the illusion of an art piece from afar, the Dual Sense controllers bring you back to reality. They keep the design of the DualShock ones, although they’re glaringly white and crisp. It’s unnerving if you’ve created for yourself an all-black gaming setup. It’s like opening the blinds all of a sudden, like trying to tell us long gaming sessions aren’t just a luxury after midnight but can work in the morning too.

I guess that’s not a stretch… with how this year is going.

Is the DualSense an improvement? Definitely! Color aside, I appreciate the way Sony played with curves and edges, making it sharper at the end of the handles while keeping the shape of the player’s palms.

There’s no round bezels anymore encompassing the buttons, which only poke out slightly from the controller now.

The PlayStation button benefitted from a similar treatment – the rounded button is out, the logo being merely a cut-out in the console. That makes it easier to hit and miss, especially for a PS veteran gamer, who doesn’t need to look at the controller now and again to play.

Fun fact: the lights are not just a nice touch but they come alive with your character, reflecting his movements or life left.

And of course, the adaptive triggers don’t disappoint. I didn’t believe they would, honestly, after all the hype, but I was still relieved to see the rumors were true. The accuracy you get with them is insane and they make the difference between rocking a baby and shaking him like a noob.

You’ll get the hang of it quickly especially if you play Astro’s Playroom. That works as a demo for the new console and controller and you’ll get into the groove faster than you’d expect.

Everyone will tell you to play the new Spiderman game and… fan or not… I won’t argue with that. It’s a pretty good title – with Miles Morales comes new storytelling, great voiceovers, really nice cutscenes and secondary characters.

Playing seemed effortless – even for a person who is a casual gamer, like myself – and I realized quickly why. There were no loading screens! The haptic feedback wasn’t overdone and put me in the mood right away. Also, Fidelity mode rocked – a setting that uses ray-tracing and gives you a 4K experience at 30fps.

Miles Morales’ New York is snowy, all glistening windows and frozen traffic posts and unexpectedly loud.. at least for anyone who’s been in lockdown for a while now.

A couple of days in and PlayStation 5 is every rumor we’ve heard come to life… but not predictable in the least. In fact, like I said, it takes a while to adjust to the upgrades but you won’t regret any second of it.