PlayStation Plus Games for July Include Black Ops 4, A Plague Tale 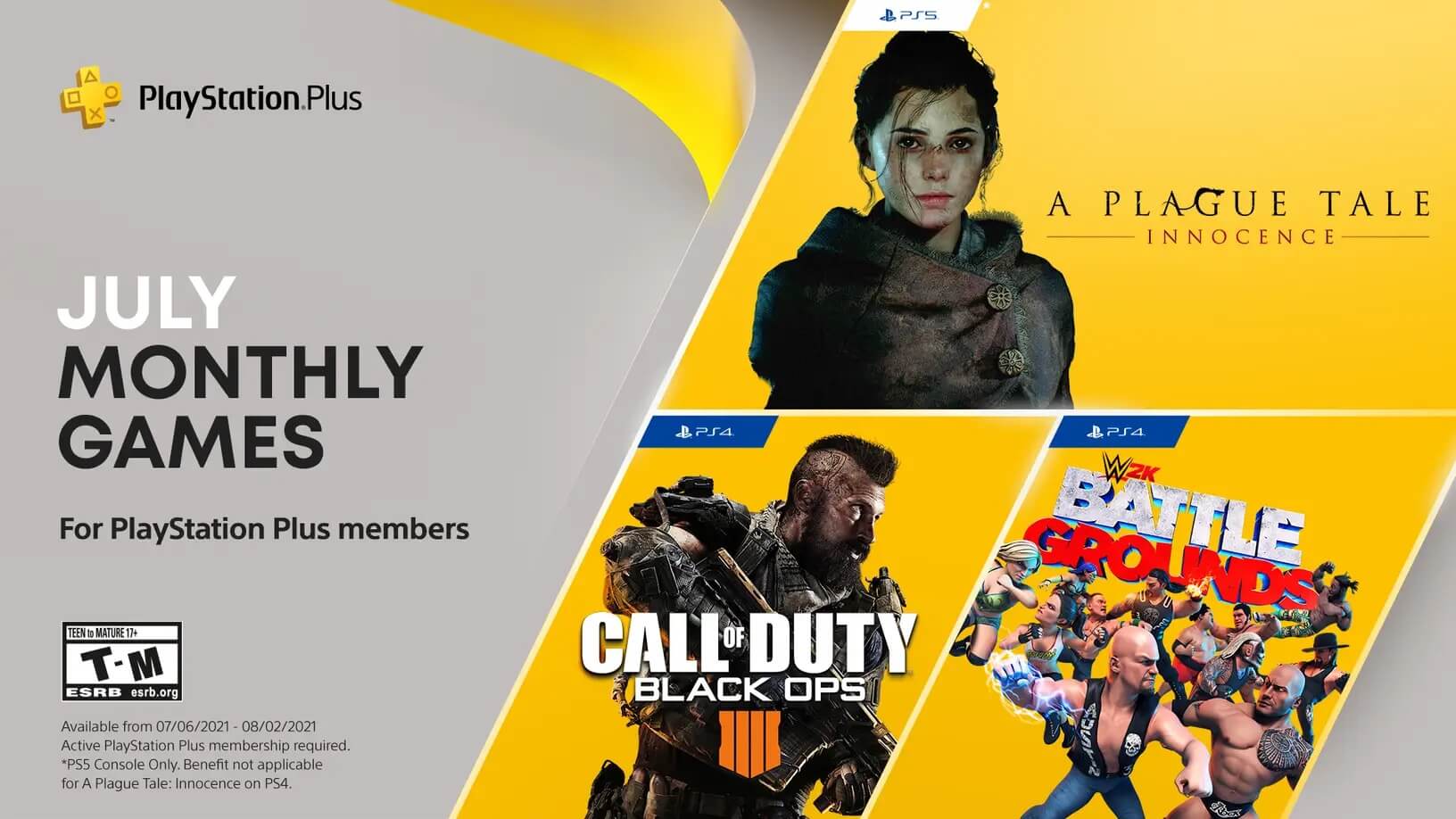 PlayStation Plus Games for July are Call of Duty Black Ops 4, WWE 2k Battlegrounds, and A Plague Tale: Innocence

The games for July are:

A classic Call of Duty for fans, Black Ops 4 is the first game to feature multiplayer-only as well as have a battle royale mode on top of already existing modes. In the lead up to the rumored Call of Duty: Vanguard, Black Ops is a perfect place to hone your skills and reflexes.

When arcade-style games meeting wrestling, you get WWE 2K Battlegrounds. As described, “the world of WWE is your battleground with over-the-top, arcade action as your favorite WWE Superstars and Legends battle in interactive environments around the world.”

Play through the story of siblings Amicia and Hugo as they try to avoid soliders and swarms of rats. This survival horror game is the prequel to A Plague Tale: Requiem, recently revealed at E3.

Virtua Fighter 5 Ultimate Showdown returns for its second month in a row after being featured as a PlayStation Plus game in June. The one-on-one battler is a classic fighter game with veterans from the iconic Virtua Fighter series.

These games will be available starting July 6th.

PlayStation Plus Games for July are Call of Duty Black Ops 4, WWE 2k Battlegrounds, and A Plague Tale: Innocence