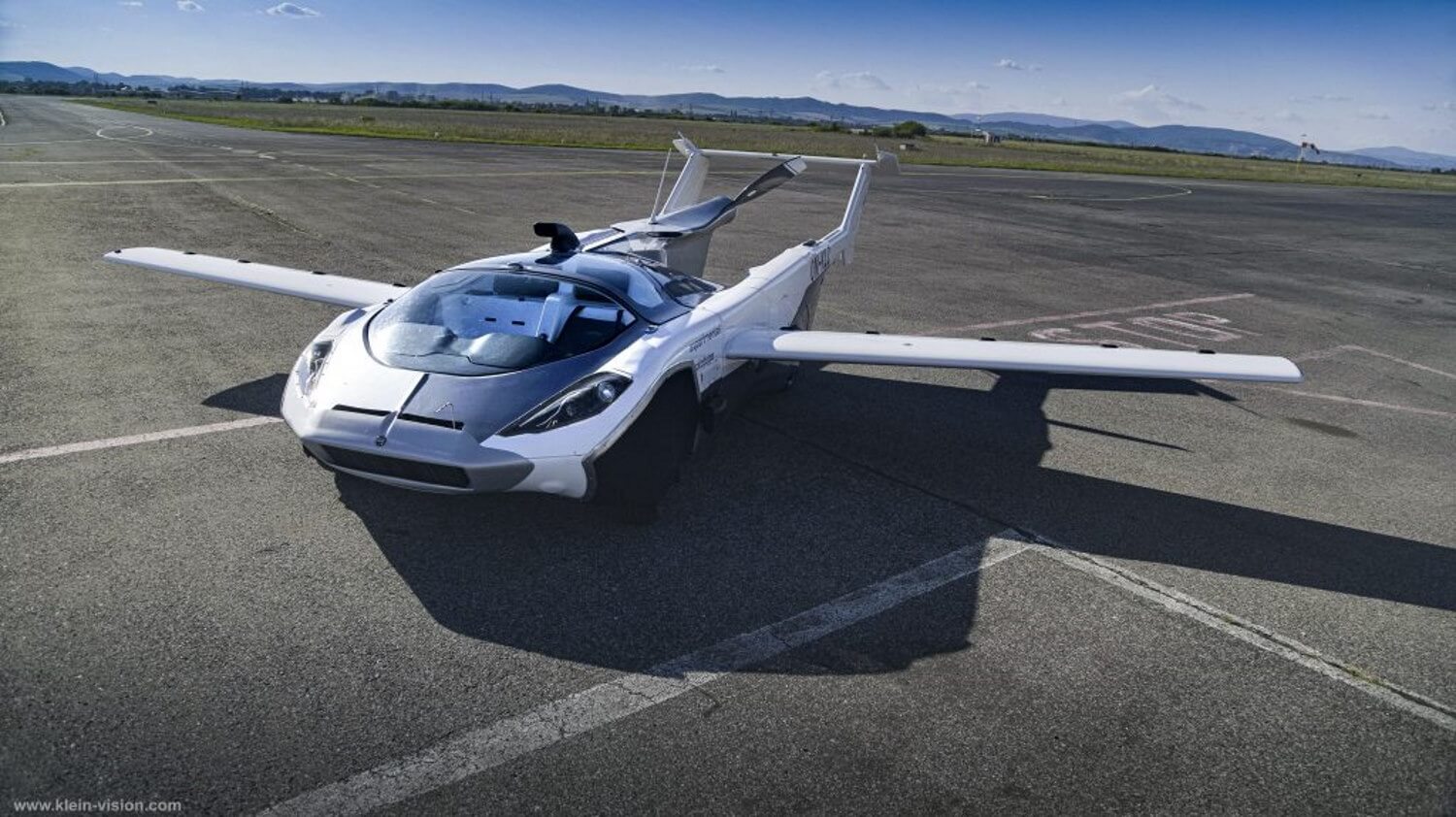 Most flying cars are actually either vertical take-off and landing (VTOL) aircraft or oversized drones but the Slovakian AirCar is more like an actual flying car.

Now, it has completed its inaugural inter-city flight.

After doing the 35-minute flight between Nitra and Bratislava, the AirCar was actually driven home straight from the tarmac, with the inventor just pushing a button to retract the wings.

“After landing, at a click of a button the aircraft transformed into a sports car in under three minutes and was driven by its inventor, Professor Stefan Klein and co-founder, Anton Zajac to downtown Bratislava, cutting the typical travel time by a factor of two,” say the makers.

The AirCar prototype was built by Slovakian company Klein Vision, which has been working on hybrid aircraft for more than 30 years and has 142 successful landings so far.

The AirCars seats two passengers and has a 160 HP BMW engine with a fixed propeller and a ballistic parachute.

“The automated transition from road vehicle into an air vehicle and vice versa, deploying/retracting wings and tail is not only the result of pioneering enthusiasm, innovative spirit and courage; it is an outcome of excellent engineering and professional knowledge,” said Dr. Branko Sarh, Boeing Co. Senior Technical Fellow.

Right now, the two-seat AirCar is still in the prototype phase, but Klein Vision has big plans for the future.

They aim to make a 300 HP pre-production model that will both have an M1 road permit and the CS-23 aircraft certification for normal, commuter, utility and aerobatic planes.