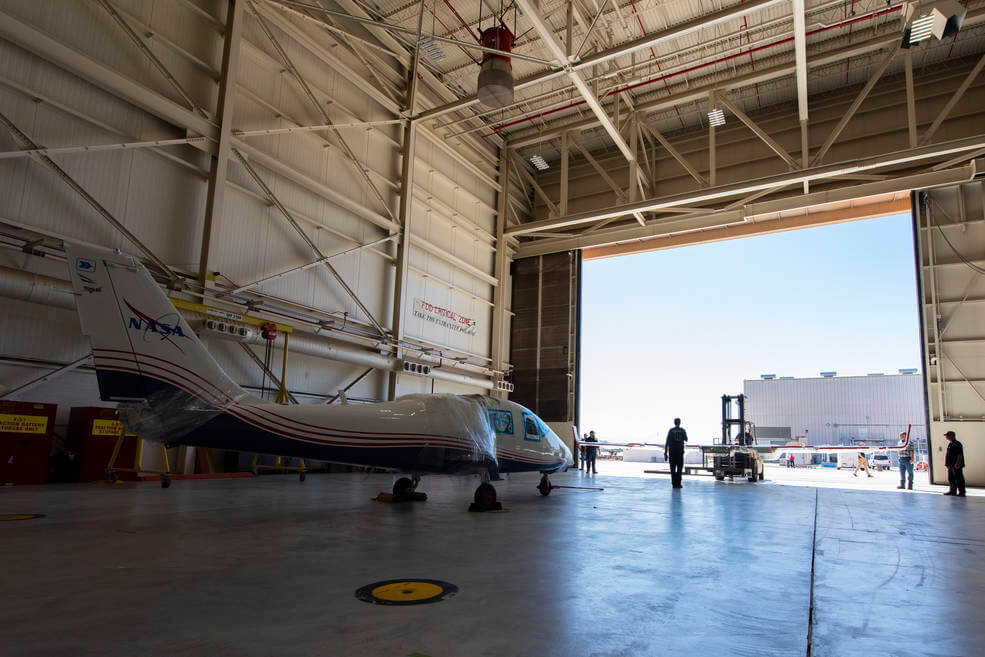 The X-57 Maxwell is an all-electric experimental aircraft that’s been under development since 2015 and this is the first time the public gets a glimpse at it.

As Reuters points out, aviation lovers might recognise it as an adaptation of an Italian-made Tecnam P2006T twin-engine propeller plane.

“The final modification, or Mod IV, of the aircraft will feature narrower, lighter-weight wings fitted with a total of 14 electric engines – six smaller “lift” props along the leading edge of each wing, plus two larger “cruise” props at the tip of each wing.

The lift propellers will be activated for take-off and landings, but retract during the flight’s cruise phase.

Because electric motor systems are more compact with fewer moving parts than internal-combustion engines, they are simpler to maintain and weigh much less, requiring less energy to fly,” explained Brent Cobleigh, a NASA project Manager, in the Reuters report.

As usual, NASA’s project will provide an educational boon for the entire industry, including future urban air mobility vehicles.

“With the aircraft in our possession, the X-57 team will soon conduct extensive ground testing of the integrated electric propulsion system to ensure the aircraft is airworthy. We plan to rapidly share valuable lessons learned along the way as we progress toward flight testing, helping to inform the growing electric aircraft market,” said X-57 Project Manager Tom Rigney in the announcement.

To see more about the gorgeous x-plane, check out NASA’s dedicated page.