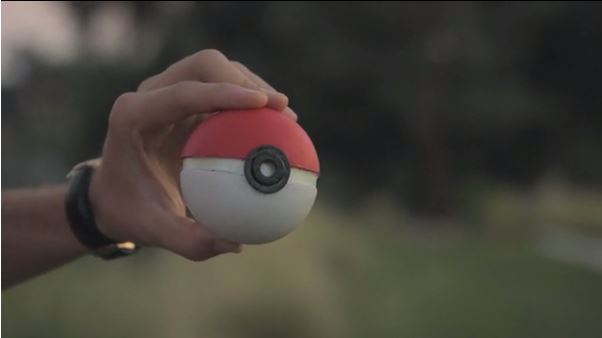 Pokemon Go is any pokemon fan’s wildest dream come true. Being able to catch pokemons in real life, thanks to augmented reality, is a joy in itself for many. Now, a real, physical poke ball could take things to another level #objectmagic

If the AR game wasn’t enough to blur the line between fictional and real, this controller is. Shaped like a poke ball, it connects to the game through Bluetooth. Throw it in a pokemon’s direction and watch it capture the creature inside, just like in the series. The iPhone camera is responsible for object tracking, connecting the controller with the target.

Scared your dog will catch the trainer ball in mid-air and ruin your game? The controller has an accelerometer that can pick up gestures, so you just have to simulate the throw instead of actually doing it. Another reason to carry this ball with you? It acts as a charger too, reviving your smartphone after a long, hard day of… catching pokemons.

So far, the poke ball is still gathering funds to meet its goal on Kickstarter. If everything goes as planned, the poke ball will be available for purchase at an early bird price of $35.