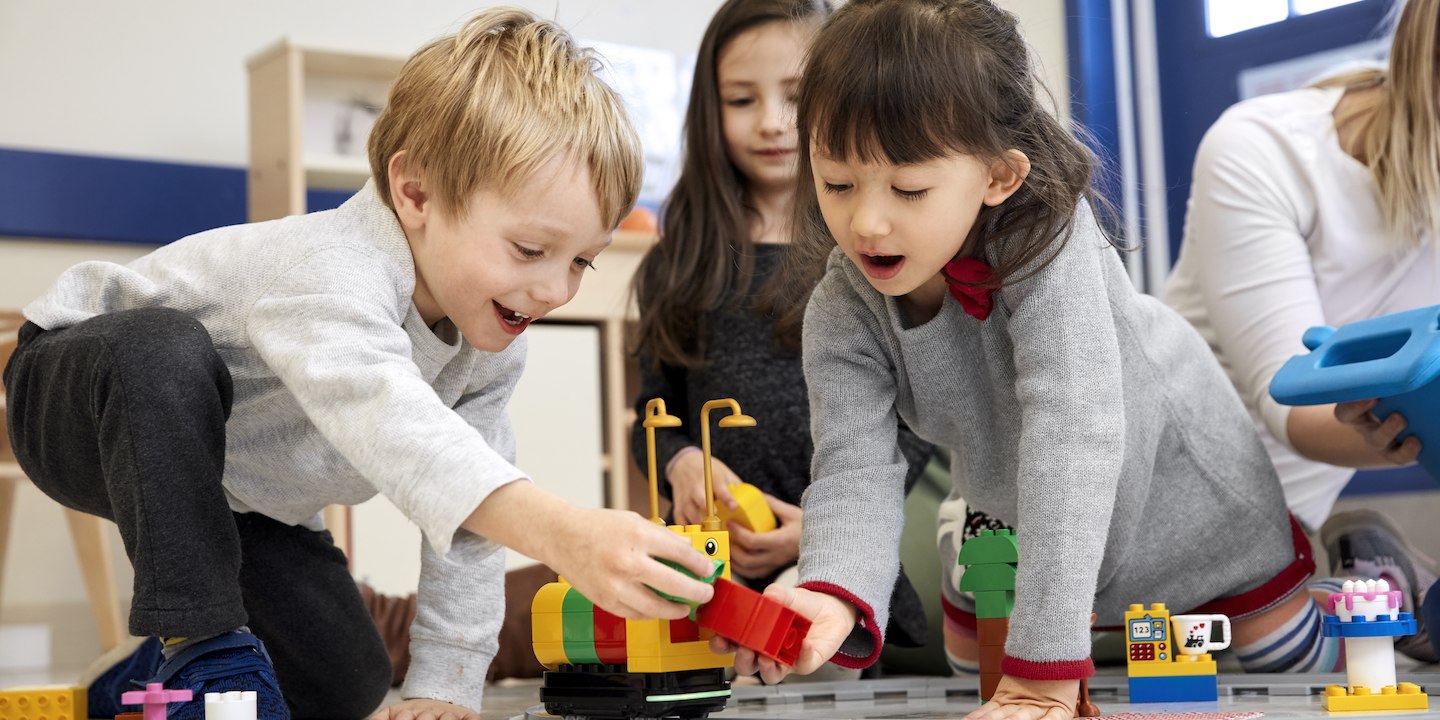 Lego’s educational division recently upgraded its Mindstorms line with Coding Express – a set that will teach kids as young a 3 years old programming basics as they try to build a world of trains and caterpillars.

The concept of Coding Express builds foundational coding and teaches kids to collaborate in problem solving via activities that introduce them to concepts like sequencing or looping.

Action bricks and switches make the train go to new places or even react in different ways. The children work in groups and interact with the toy train by placing the action bricks around the tracks to get it to sound the horn, turn the lights on and off, refuel, change direction, plan a route or stop the train whenever they feel like it.

The set also comes with the LEGO Educational Coding Express Teacher Guide, which contains eight lessons that can be used during class.

That’s not everything though: Coding Express can be connected to an app that can change what the blocks represent. The pieces can be organized to look like a caterpillar and its emotions are controlled via the colored discs. In the app, the children can watch the caterpillar’s reactions as it changes its mood based on the discs they choose to place in front of it.

Each kit comes with the train and a track but there are also accessories that can be added to it, all of them created to develop a child’s imagination. The kits are big enough to accommodate six children playing at the same time, which aims to help them build interpersonal skills as well.

The sets are not intended for the retail market though, and will be used in schools instead – Lego will be selling them for $200 per set starting October in the U.S and globally this coming spring.