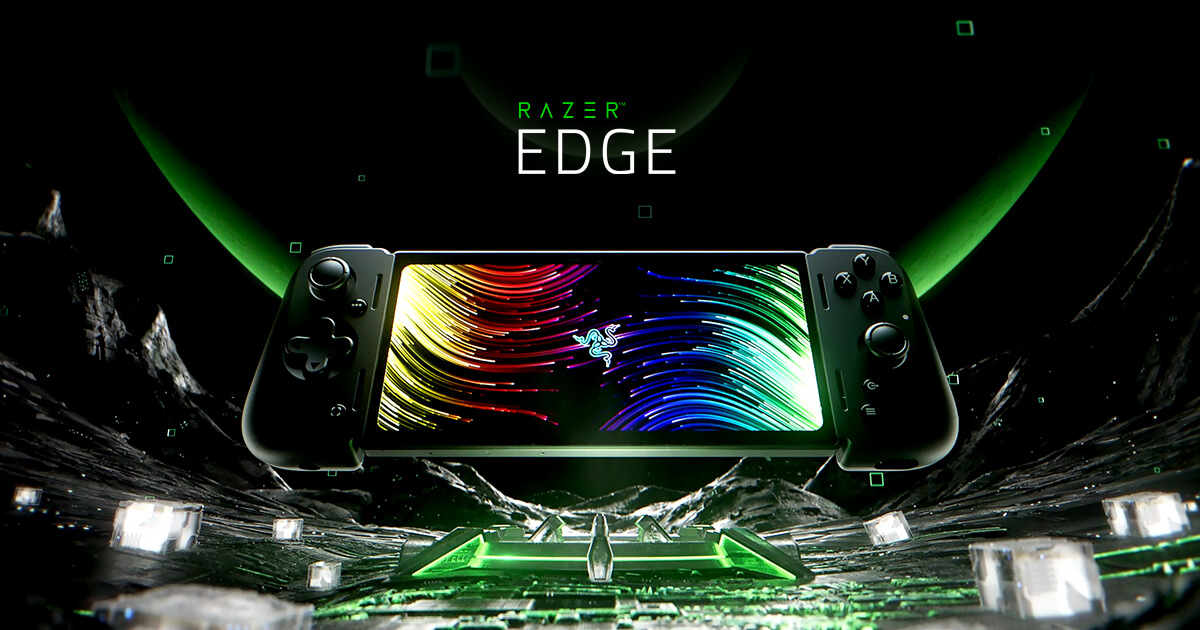 After being teased by Verizon about a month ago, Razer unveiled their collaboration with the telecom giant: the new Razer Edge 5G gaming tablet.

Razer is trying once again the formula of adding detachable controllers to a phone or tablet in order to let you play games on the go. This time, the package looks compelling enough to add it to your Christmas wishlist because the Razer Edge 5G will cost $399.

At that price point you can usually get a midrange smartphone but here, you have a dedicated gaming tablet running Android and 5G from Verizon for cloud gaming.

You can either use the Razer Edge as a traditional tablet or you can play games using the Kishi V2 Pro handles.

Thanks to the cloud gaming feature, you’re not limited just to the Android or Google Play games but can also enjoy services like GeForce Now, Xbox Game Pass or Steam Link. All of them are pre-installed on the tablet, and Steam Link lets you stream from your PC at 144Hz.

Under the hood, the new Razer Edge packs a punch. It uses the Snapdragon G3x Gen 1, a Qualcomm gaming chipset exclusive to this device, 8 GB of LPDDR5 ram, 128 gb of storage, Wi-Fi 6E, Bluetooth 5.2 and Verizon 5G, Sub 6 & mmWave.

Everything is powered by a 5000mAh battery. As for the size, the Razer Edge tablet is not a lot heavier than a large smartphone. It weighs 260 grams alone and 400 grams for the tablet + Kishi V2 controller.

The Razer Edge 5G will be available in early January in a Wi-Fi-only model and a 5G model. If you’re looking for a gaming upgrade, maybe ask Santa for a delayed gift?