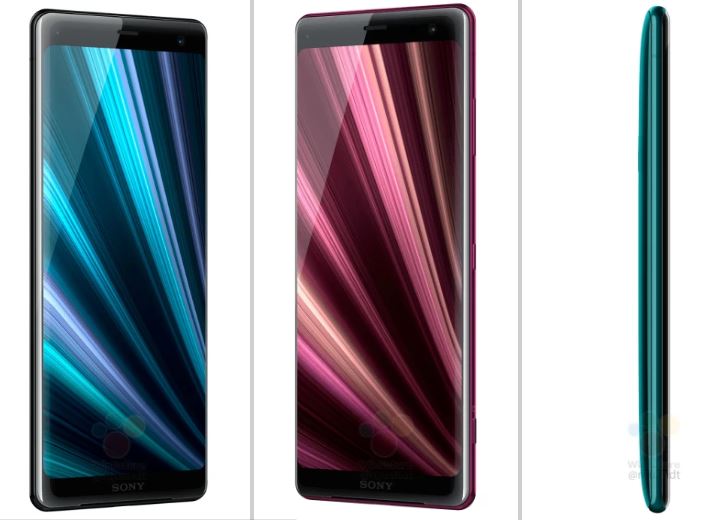 Just hours before SONY kicks off IFA with their live conference today, August 30th, the rumored Sony Xperia XZ 3 renders flooded the Internet. With them, comes a series of clarifications – especially where design is concerned.

The new smartphone from Sony is all about round corners and curved edges. It’s a beautiful device, no question about that, with a big display: 6-inch 2880×1440 P-OLED panel. The front remains faithful to Sony’s philosophy: bezels are not going anywhere.

They do, however, hide dual-front facing speakers with a 13MP selfie shooter in the top-right corner. If you can get past the bezel annoyance and turn over the device, you will catch something similar to a notch. That’s a weird design choice and we’ll definitely ask about its purpose, in a future hands-on, as we settle in Messe Berlin. #TTLlive

Until then, the images reveal a rear fingerprint sensor, while the Geekbench benchmark listing indicates a Snapdragon 845 chip and at least 4GB of RAM, running Android 9 Pie out of the box. If that happens, the XZ 3 phone will be one of the first handsets to boast that.

The rumor mill suggests Sony fans will get a 3,300 mAh battery, a 19MP rear camera and four color options: black, “Silver White,” “Forest Green,” and “Bordeaux Red.” There’s also talk about special areas at the edges of the screen that when touched, trigger a different set of actions.

We’ll see what’s what today, at Sony’s press conference! Don’t forget to follow our coverage on our