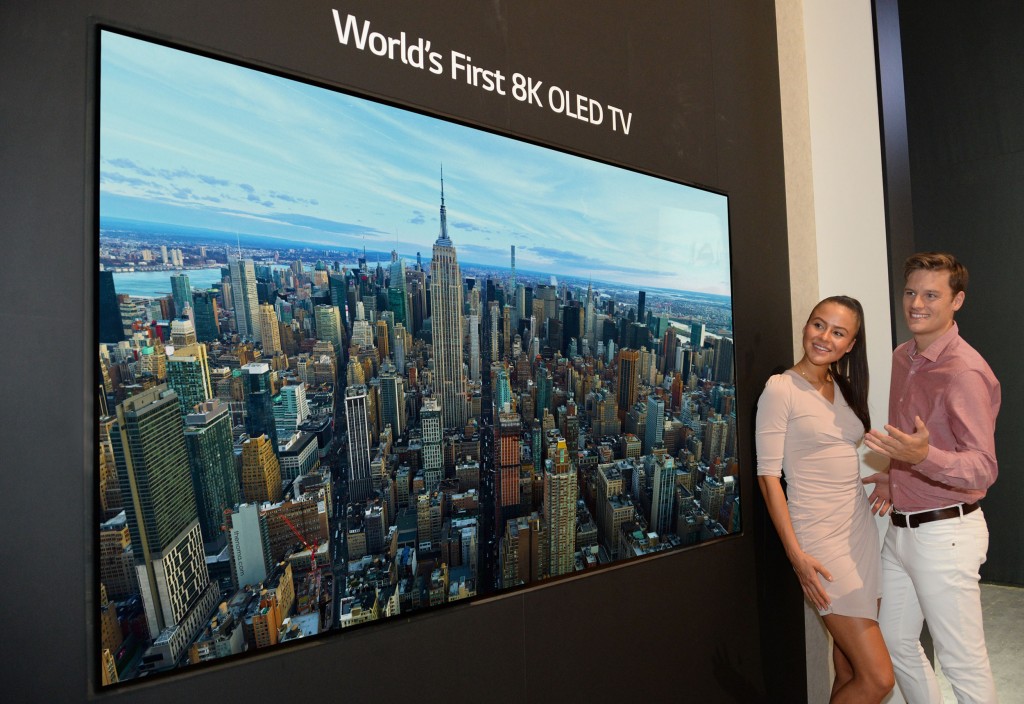 LG officially became the first brand to reveal an 8K TV and it’s an OLED model, not an LCD one.

Initially, an 88-inch 8K OLED display prototype was available to ogle at during the CES 2018 back in January, but it was not available for the attendees to view; now we finally have more to look at.

The 8K monster has four times the pixel count of 4K and sixteen times that of your standard HDTV.

“LG’s first 8K OLED TV is the pinnacle of technological achievement and the next evolutionary step in display technology,” thus spoke Brian Kwon, president of LG Home Entertainment Company, in a statement about their newest creation. “4K OLED played a major role in reshaping the TV industry, and LG is confident that 8K OLED will do the same.”

The only downside to the TV set is the fact that we have just gotten to the point where 4K content is actually available, so there is definitely no 8K content out there to match the gargantuan pixel power of the new LG.

The TV will most likely be available for purchase in 2019 with a price tag probably as large as the TV itself.

Samsung is also in the game though, as the company is expected to reveal an 8K QLED during IFA as well, according to the billboards placed all across Berlin.