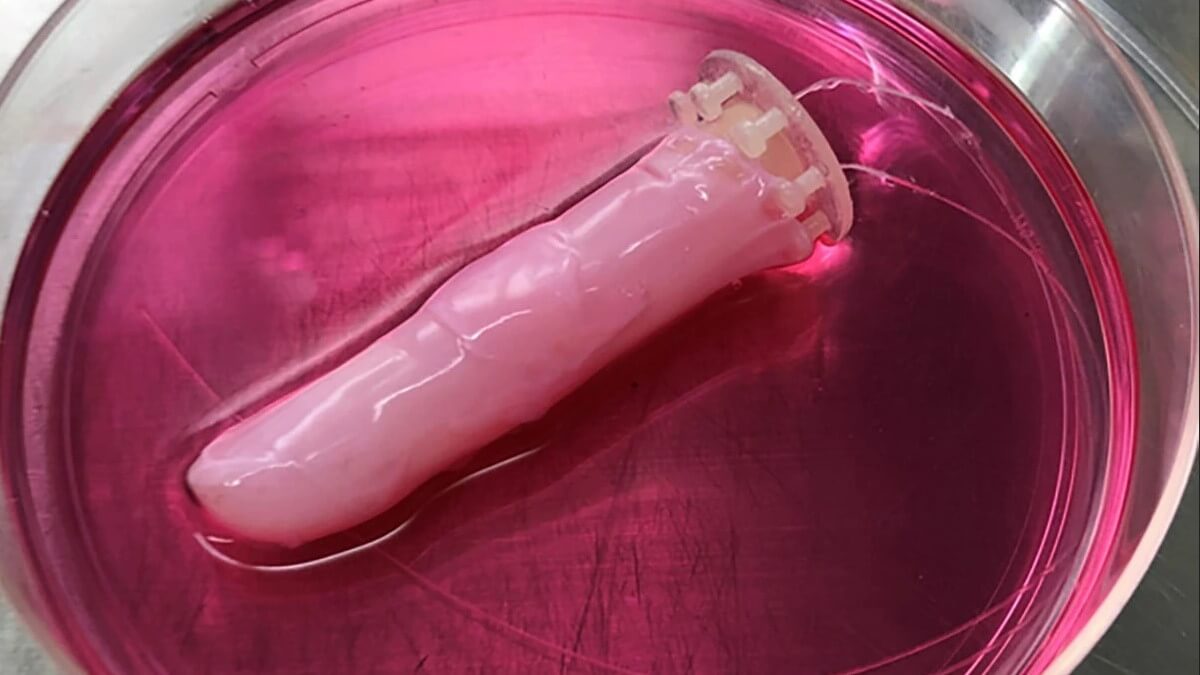 If even the look of silicone skin creeps you out and you dread what robots one day might become, you might wanna skip this next video.

Researchers just introduced a type of living skin designed for robots and the visuals go beyond uncanny valley, straight into nightmare territory.

Their research, titled “Living skin on a robot”, was published on Matter on June 9 and talks about generating seamless coverage with a “skin equivalent”.

To demonstrate their project, there’s a video of the three-joint robotic finger covered with a living skin equivalent capable of self-healing, which was uploaded by BGR to their Youtube account.

“We demonstrate the seamless coverage of a three-joint robotic finger by culturing a single piece of skin tissue surrounding the robotic finger.

Furthermore, inspired by the medical treatment of deeply burned skin using grafted hydrogels, we demonstrate wound repair of a dermis equivalent covering a robotic finger by culturing the wounded tissue grafted with a collagen sheet,” say the researchers.

Authored by Michio Kawai, Minghao Nie, Haruka Oda, Yuya Morimoto, and, Shoji Takeuchi, the living skin project shows “the potential of a paradigm shift from traditional robotics to the new scheme of biohybrid robotics that leverage the advantages of both living materials and artificial materials,” according to the researchers’ own words.

Indeed, having robots that not only look like humans but can also self-heal like humans could make those robots offer more “natural” interactions with humans.

Terminator fans might be a bit terrified but there are plenty of other projects that can cause concern. Pair this project with Google’s LaMDA chatbot and see if you get a shiver down your spine!