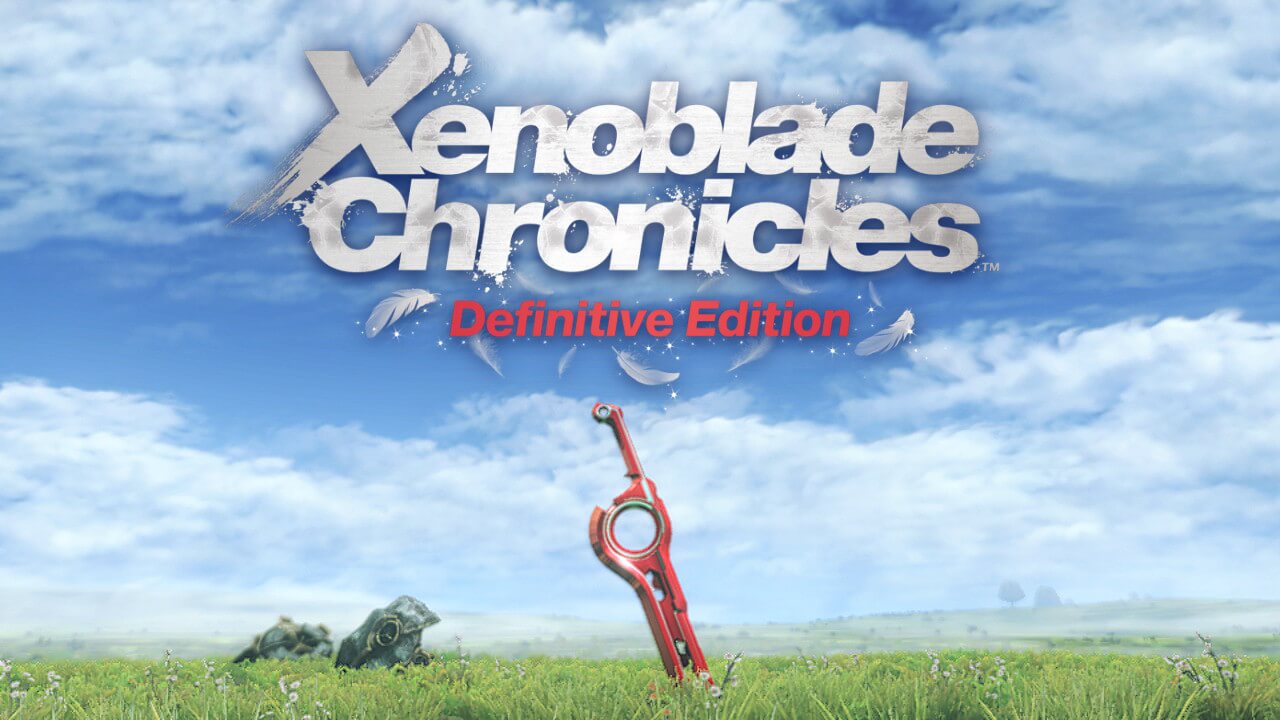 The saga of Xenoblade Chronicles on the Wii is well documented: a brilliant JRPG first regionally locked then later price gouged in the US by questionable corporate practices. A port to the 3DS opened it up to new audiences, but its relatively niche status had been cemented. Hampered by unfortunate circumstances, Xenoblade Chronicles never seemed to get the chance for wide audience appeal. With Xenoblade Chronicles: Definitive Edition on the Switch, the franchise’s first title finally gets the opportunity it deserves. 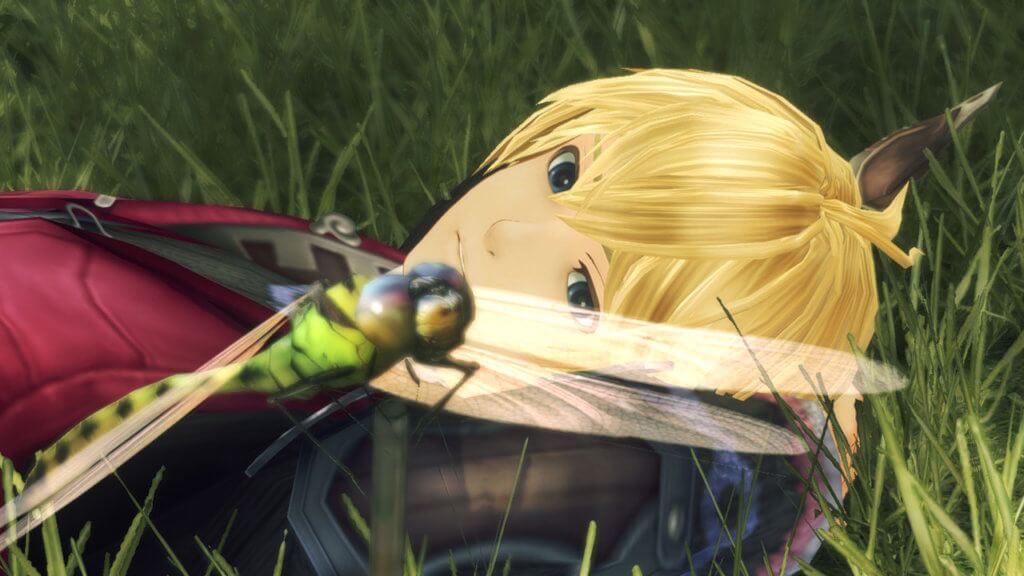 The updated visuals make such a big difference, especially in docked mode.

And does it make the most of that opportunity. From the moment the game boots up, players are greeted two giant titans, the Bionis and Mechonis, fighting for supremacy followed by the inhabitants of these titans, the Homs and Mechons respectively, battling for survival. Aided by massively updated visuals, these dynamic intro scenes draw you into the world of Xenoblade Chronicles. Then, only an hour, tragedy strikes your group and sets up the motivation for Shulk and his team as they venture out from their home base of Colony 9. 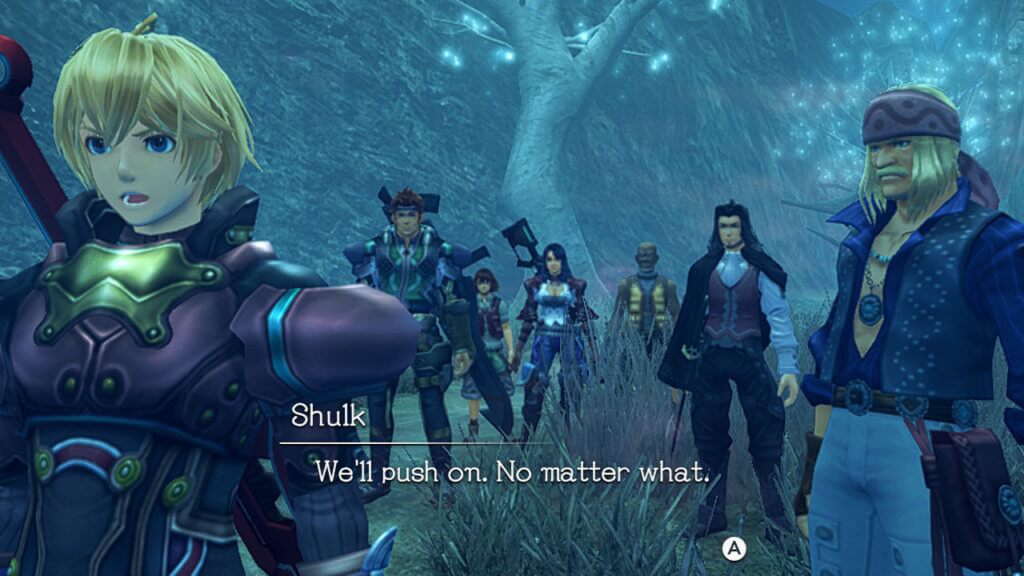 Shulk and (part of) his team

This intro and tutorial sequence masterfully capture the beauty of Xenoblade Chronicles: Definitive Edition’s story telling. Each story moment is purposeful; whether that’s world-building or motivation driving, story moments littered throughout the adventure kept me wanting to move forward. Shulk’s “future vision” mechanic also helped build the drama as I was able to see what was going to happen next (usually a character death) and gave me increased desire to keep moving forward to change fate.

Although the story moment and visual cues literally drive you forward in your adventure, the vast and expansive world keeps you grounded in the moment. While I could have traveled Point A to Point B, there was so much to do in between. Quests, item pick-ups, challenging monsters, and more are littered through the vast plains, caves and forested areas of the Bionis. The landscape teeming with activities to do gave the game an open world feel, even if it is strictly linear. There’s definitely not a lack of content!

Perhaps my biggest gripe with the experience was the frustratingly clunky battle mechanics. Battling is semi turn-based; once a battle is initiated, Shulk and his party auto attack. The player can control a single character within the party, each with their own special “Arts” that can be used on cooldown. Certain arts chain into other arts from different party members and some do more damage based on how you’re positioned (behind or next to, for example) relative to the enemy. 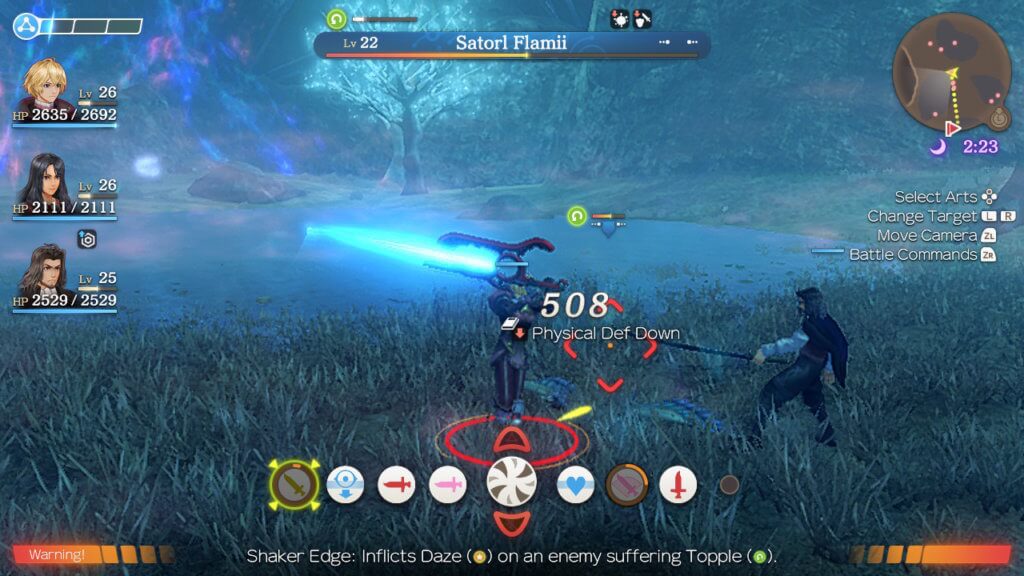 The battle system is a little too complicated for regular battles, needing the difficulty and length of boss battles to truly appreciate it. Note the graphics too. Although upgraded, it doesn’t look too great handheld.

The complexity of the battle system, with the different arts, combos, and chain effects, is probably the best part of combat. For boss battles and harder enemies, battling becomes tactical managing of both the available arts, the cooldown times and battle position. However, the majority of enemies don’t provide enough of a challenge to fully appreciate the nuance of the system. In most enemy encounters, it’s possible to defeat the enemy before Arts refresh. These battles amount to watching Shulk and the team auto attack.

The story maintained, developed and drove tension, drama and motivation while at every turn, the open world provided me plenty of activities to do. Unfortunately, the battle system was inconsistent. Boss and challenging battles were a tactical joy requiring me to master all aspects of the complex battle system. However, most battles – the ones needed to traverse the world or complete quests – were lacking and felt as if I were just watching an automated battle play out. While the inconsistent battling does not take away from the beauty and story masterpiece that Xenoblade Chronicles: Definitive Edition is, it did detract from the overall game experience. 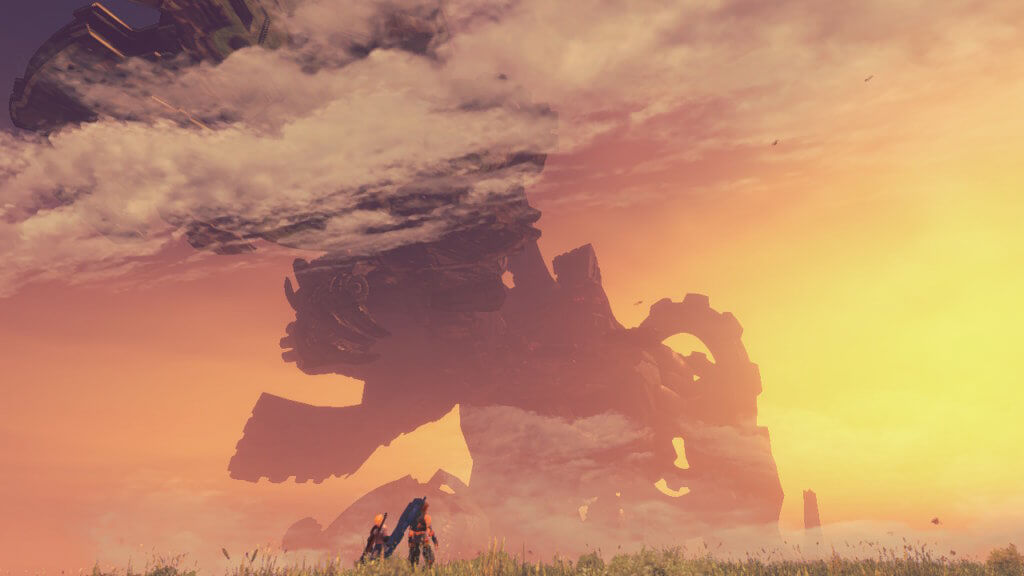 Xenoblade Chronicles: Definitive Edition was one of my most anticipated games for the first half 2020, up there with Persona 5 Royal, Animal Crossing and Final Fantasy VII REMAKE. The remaster of Xenoblade Chronicles not only promised to bring a critically acclaimed JRPG to the Switch, but also revamp and address many of the flaws of the original.

In many ways, it lived up to the hype and the legacy while elevating the gaming experience through updated graphics and quality of life changes. Its story moments, character development and open world kept me captivated. On the other hand, the combat system was layered and complex, but often felt slow and clunky.

Overall, it’s still a fantastic game with a lot to give to new and old fans of the Xenoblade series. It’s also one of the best JRPGs available on the Switch. If you’re looking to get into the series or to pick up a new game, Xenoblade Chronicles: Definitive Edition is worth a look.