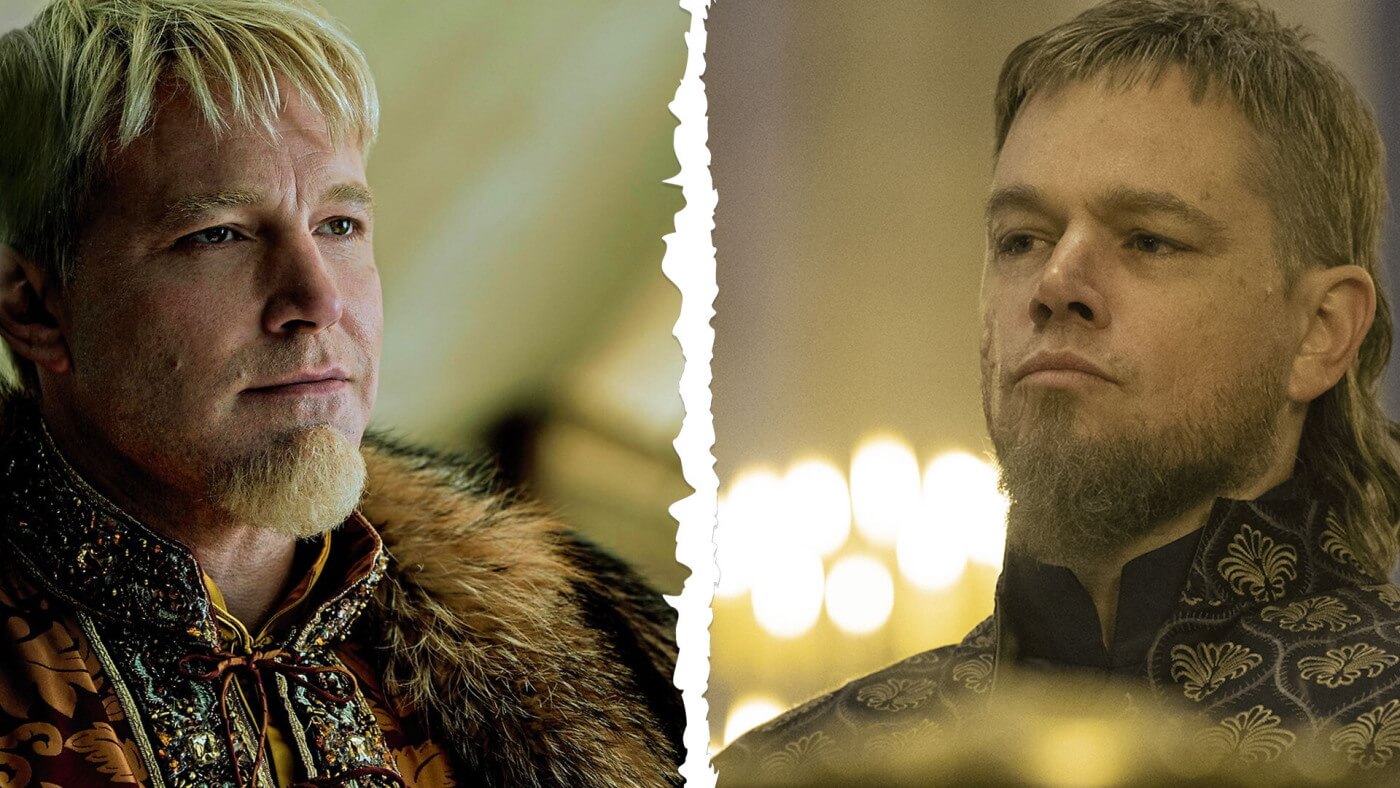 The Last is a historical drama of epic proportions and consequences, brought to you by Ridley Scott.

The last legal duel to the death, retold by Matt Damon and Ben Affleck in their first script together in more than two decades. The unsettling story of a case that can still have relevance today PLUS dudes wearing armor and hitting each other real strong.

That’s what the Last Duel, probably one of this year’s best movies – and also of the most depressing movies you’ll watch in your lifetime. Let’s see why!

I pried myself from my Tivo Stream 4K to hit the theatres and see one of the least talked about movies this year.

Somehow, despite the fact that it has a huge budget and huge names attached to it, everyone is still going to Dune and few have seen this one. It’s a shame, because it has plenty to offer!

Let’s see what it’s all about. My review will have a few spoilers, but nothing that hasn’t been in the trailer.

So, The Last Duel. This is a movie where Ridley Scott returns to his origins. He debuted in Hollywood in 1977 with another similar flick, called The Duelists, based on a story by Joseph Conrad.
Fast forward to 2021 and he adapts another story. This time, it’s a true story of the practice of duels in medieval France. In particular, it’s about the last official, state-sanctioned duel. It’s a seriously hard to stomach story, about a knight’s wife who was raped by a squire favored at the court.

To defend her honor and prove the squire is guilty, the knight appeals to the king of France for a trial by combat. If he wins, the squire dies and the knight’s honor and reputation are restored. If he loses, “God” means that his wife is a liar and she should be burned alive. You know, just medieval things…

Matt Damon dons a mullet and some scars to play the knight, Jodie Comer from Killing Eve turns in an incredible performance as the wife, and Adam Driver basically plays Adam Driver but as a squire with a seriously deviant streak.

Be warned, it’s a truly bleak and depressive story from every angle you look at it, full of machismo and violence.

Don’t expect the epicness and grandeur of other historical dramas nor that straightforward structure.

The Last Duel Rashomon Structure, A Clever Way To Show the Story

Instead, the producers opted to show The Last Duel using a clever technique pioneered by Akiro Kurosawa’s Rashomon movie from 1950.

It dedicates a chapter showing the events from the perspective of each major character.

The movie opens with a teaser of the duel, then goes to show how each character perceived what happened.

The second act is shown from the perspective of the squire, who stands accused of rape. The third act concludes the story through the eyes of Marguerite, the wife and victim. At the end, you have the actual duel.

It’s a good structure and one that will make you want to discuss this movie with your friends after watching – though you should read up on wiki first.

You see, despite the historical case being extremely well documented, we don’t actually know the truth behind the Last Duel. It’s very much a “he said, she said” story with a lot of nuances, which explains why it endured for so many hundreds of years.

In the movie, however, the story is pretty clear cut, which makes for a lack of compelling characters.

You have Marguerite as she sees herself, a woman  who was sold into marriage just so she could produce heirs.

Then, there’s Marguerite as the perfect, beautiful, educated and cherished wife.

And lastly, there’s Marguerite as the perfect, beautiful, educated wife OF ANOTHER MAN, who doesn’t know how to appreciate her…and that’s why she’s flirting with the squire.

To her credit, Jodie Comer played those three perspectives perfectly, but she was surrounded by some weird acting choices.

Adam Driver is basically the same character from Girls, his show with Lena Dunham, just dressed in a twirling cape or a medieval armor.

Matt Damon starts off trying to look like a chivalrous knight who does right by his wife and King, but his oafish demeanor and seriously bad mullet kinda give away that there’s more to him than just pure goodness.

Then, you have the corrupt count who is in cahoots with Adam Driver. It took me seriously like half an hour to realize that the count with the badly bleached hair and hammy acting is actually Ben Affleck. Props to him, I didn’t know Ben Affleck could act, but I still can’t say I liked him here.

The Last Duel is a horrible and bleak story, and the makers tried to include some sense of humor…but it’s dark and cruel as well.

Ben Affleck will make you squirm and chuckle uncomfortably as he behaves like the corrupt count he is. This was supposed to be a performance similar to Game of Thrones’ Bobby B, where the king is smart but also kinda lecherous. Instead, it ends up more like seeing a medieval Slim Shady.

However, I will give credit where credit is due.

The Last Duel is a really long movie, coming in at almost 3 hours.

Still, thanks to its structure and its rising stakes, it will keep you glued to the screen. Showing the same events from 3 different perspectives could have been boring, since you’d be seeing the same stuff 3 times, but it’s not. Thanks to some clever framing, focusing on different details and mixing the sound differently, the same scene gets seriously distorted three different times.

Plus, the actual duel is truly spectacular and gruesome.

Since I mentioned Game of Thrones earlier, this is a fight to the death that reminded me of Oberyn Martell versus the Mountain – it’s just that hard-hitting. The realism is going to make you squirm in your seat, as Damon and Driver hit each other with full force and basically become pâté inside that heavy suit of armor.

All in all, this is one movie that definitely feels like Oscar bait, though I’m not sure how efficiently it made the points it wanted to make. It seems gruesome for gruesome’s sake and its conclusion doesn’t leave much room for interpretation.

For me, it was definitely worth the risk of going to the theatre, but, unlike with Dune, I wouldn’t go twice. To be honest, I’d rather open my TiVo and watch something more…meaningful so to say.

I don’t want to shill for it too much, but seriously, this little dongle gave me so many awesome recommendations, it’s hard to keep track.

One of them is The Green Knight, another medieval movie that came out this year to very little fanfare.

However, The Green Knight is a fantasy movie based on the old legend of Gawain, King Arthur’s nephew.

Dev Patel plays Gawain and Alicia Vikander his love interest, but that’s about where the Hollywood vibes stop. Instead of swashbuckling adventures and men in armor and tights going at each other’s throats, The Green Knight instead spends the time to examine the nature of courage, honor and how a man’s character is built.

The plot is pretty simple but superbly executed.

The Green Knight, a huge and fearsome fella, shows up at court and issues a challenge. Any knight able to land a blow on him will win his green axe. However, exactly one year later, that knight would have to travel to the Green Knight’s place to receive an EQUAL blow in return.

Gawain, a young and insecure knight, takes up the challenge…and that challenge takes everything from him.

Trust me, if you walked away from The Last Duel looking for something equally spellbinding, give The Green Knight a chance.

And before you walk away from this video, tell me – what do you think about The Last Duel? Is it a movie that could go on to win an Oscar?

Don’t forget to also like this video and, if you just found me, consider subscribing to my channel. Your support is extremely important! Thank you and catch you later.