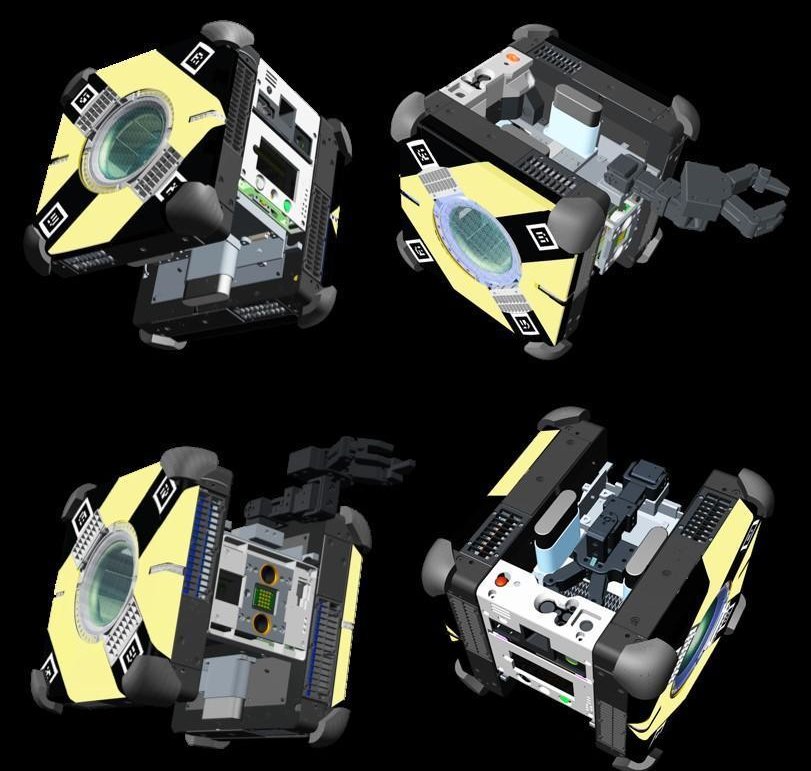 As we’ve learned so far, humans still have a long way to go when it comes to space exploration. The things we can’t yet achieve can be left to robots.

Following this simple logic, the NASA team worked hard and came up with the concept of Astrobees.

But what’s an Astrobee? Astrobee is defined by NASA as “a compact one-foot-cube of a robot in development at NASA’s Ames Research Center in Silicon Valley. This robot is designed to work autonomously without astronaut supervision, or to be remotely operated by mission controllers.”

The robotic bees are designed to be helpers – from inventory checking to monitoring noise levels –  and they will soon become the crew’s extra eyes and ears.

Three Astrobees are already programmed to join the Space Station crew, while other two robotic bees are scheduled for launch. The helpers will be fully equipped with cameras and sensors for navigating the space station while avoiding obstacles. Additionally, the robots will be empowered by fans.

How are the Astrobees designed to perform?

Their main purpose is to do basic tasks so that the astronauts can allocate more time to more complicated tasks. Specifically, the helpers’ job will be focused on tracking inventory and maintenance for starters.

The best thing is that, whether they are fully automated or under remote control from land, they still can take on tasks like research, housekeeping, and monitoring duties “without wasting valuable astronaut time,” according to an Astrobee home page.

Furthermore, the Astrobees will feature a robotic arm that can be attached for cargo handling or running experiments.

Yes, experiments! Because the robotic bees will be very helpful for research tasks and – why not – the study of human-robot interactions in space “which can be an important factor for exploring the Moon and other destinations” said NASA.

The Astrobees were developed at the Ames Research Center in California and they run on battery, while recharging is done automatically. When they run low, the robots will autonomously navigate to recharge. How cool is that?!

As reports said, two robotic bees are scheduled to join the crew this month, from a NASA facility in Virginia.