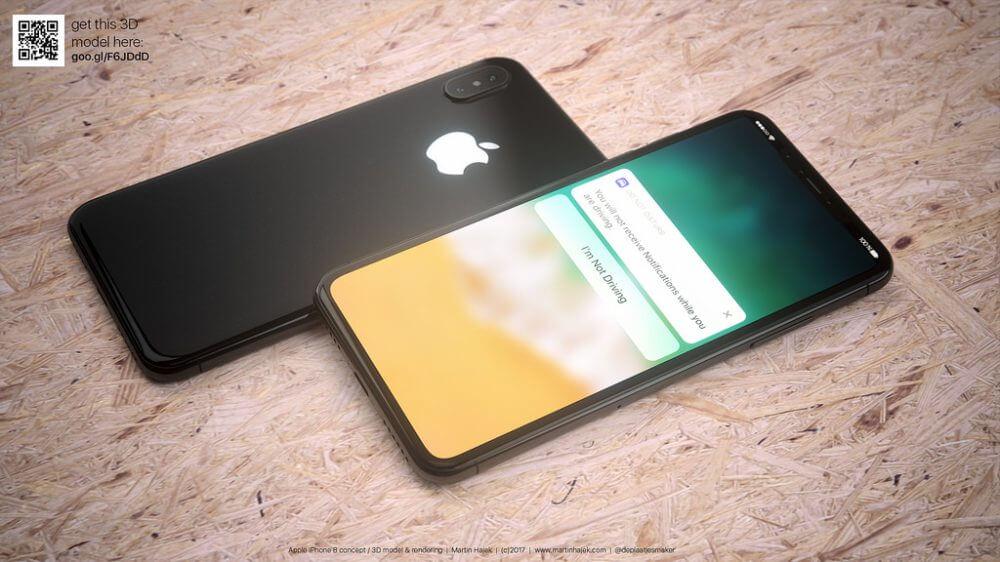 With just a couple of hours left to Apple’s 10th Anniversary and subsequent event, it’s no wonder rumors are pouring in. The latest concern the RAM and camera specifications of iPhone 8 – now called iPhone X – and iPhone 7S and 7S Plus, now known as the iPhone 8 and iPhone 8 Plus (yeah… don’t ask) #mobilemagic

Fact is, developer Steve Troughton Smith is back at it again. He has tweeted about the amount of RAM you should expect from the three smartphones set to be unveiled today at Steve Jobs Theater. According to him, iPhone 8 will feature 2GB of RAM, while the iPhone 8 Plus and iPhone X (the OLED version with all the new cool features) is set to come with 3GB of RAM.

Plus, the iPhone X, the one that has been the talk of the mobile world in recent months, is said to come with the A11 processor from Apple with 6 cores.

Other than that, we can speculate on the camera specs. Smith believes the iPhone X will harbor a 12MP rear camera with support for 4K video at 60fps and 1080p video at 240 fps. But the front camera will still stick with a 7MP sensor with support only for 1080p video at 30 FPS. That is disappointing, to say the least, but until Apple confirms such rumors, you should take them with a pinch of salt.

During today’s keynote, Apple is also said to reveal a new Apple Watch and Apple TV with 4K support. So, don’t miss our coverage later today!