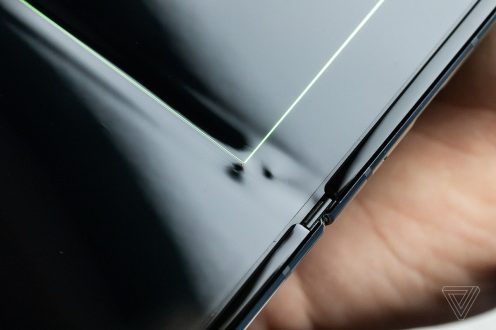 Last week, Samsung sent out a number of Galaxy Fold devices to a few members of the press, for early reviews. Unfortunately, most of them reported problems with the phone’s display, ranging from creases to complete screen black-outs.

Considering the phone costs a staggering $1,980, these types of failures are something that should have been dealt with before the mass manufacturing process, not just a week before the official launch.

Thing is, Samsung also placed a huge bet on the Galaxy Fold, as the company hoped to be the first to deliver a mainstream foldable device to the masses, only to stumble days ahead of launch, out of all times.

This is not the first issue Samsung had to deal with in the last few years – some of you might still remember the Galaxy Note 7 disaster, which the company recalled and eventually decided to stop producing altogether thanks to its exploding batteries.

Following the Galaxy Fold situation, Samsung, who was supposed to release the Galaxy Fold on Friday, decided to postpone the date until ‘at least next month’, according to The Wall Street Journal.

Even so, it’s likely that the phone will be delayed for much longer than that, considering we’re not talking about some random glitch but some serious hardware problems that need to be thoroughly investigated.

We’ll tell you all about it as soon as we know more.