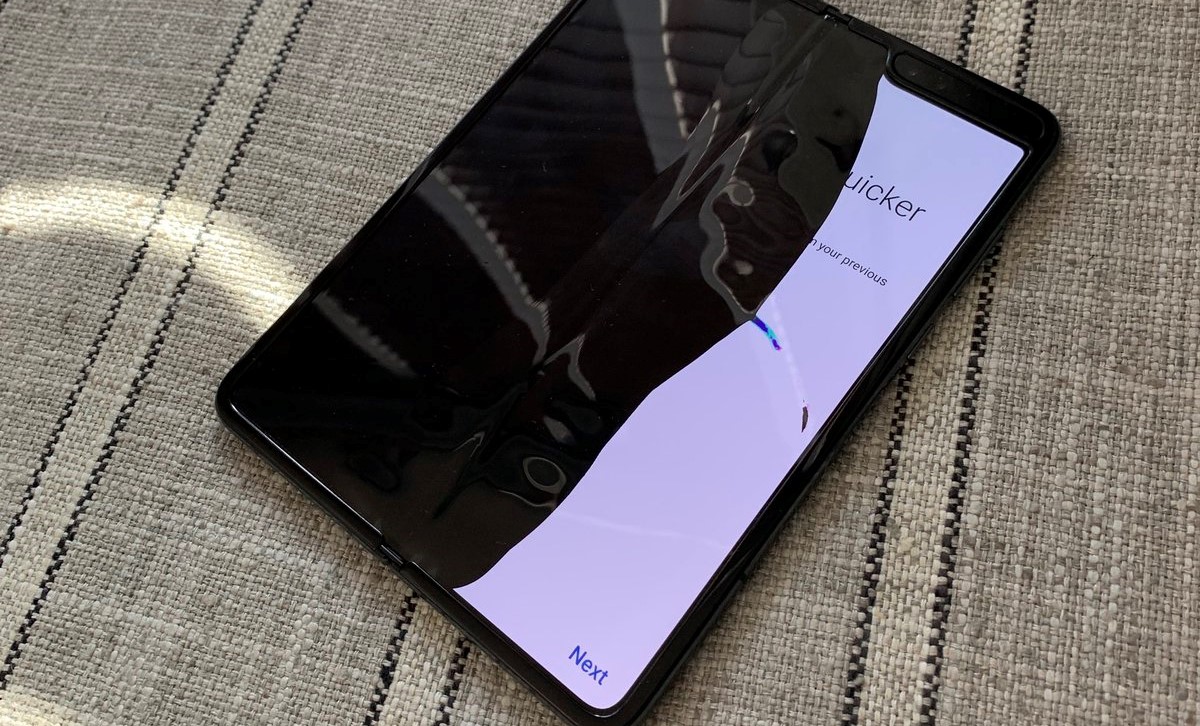 The Samsung Galaxy Fold was unveiled during the same event where the company introduced us to the Galaxy S10 but back then, it was shown to the public in dim lighting and no one was allowed to touch it.

Overall, from the unveiling to the official release, the phone was shrouded in mystery. Since Monday, the company sent out a number of Galaxy Fold units to various members of the press, so they could get some hands-on time with it before the general public does.

By the looks of it, it wasn’t all smooth sailing. At all.

Over the past couple of days, journalists from publications such as Bloomberg and CNBC who have been testing out the device reported a number of serious display issues.

The Verge‘s Dieter Bohn reported that his screen had started showing what he calls a small ‘bulge’ in the crease where the device folds up, a problem that was just about enough to distort it. After some hours of normal usage, he reported that there are “telltale lines of a broken OLED.”

“There’s something pressing up against the screen at the hinge, right there in the crease. My best guess is that it’s a piece of debris, something harder than lint for sure.” Bohn said that “It’s possible that it’s something else, though, like the hinge itself on a defective unit pressing up on the screen.”

Another issue appeared when some of the users removed a screen protector which apparently Samsung cautioned the users not to take off. But Boomberg‘s Mark Gurman and MKBHD did so, since, apparently, the instructions on the box were not very clear on that specific action.

“The phone comes with this protective layer/film. Samsung says you are not supposed to remove it. I removed it, not knowing you’re not supposed to (consumers won’t know either).” Gurman said on Twitter “It appeared removable in the left corner, so I took it off. I believe this contributed to the problem.”

After removing the screen protector, the display of Gurman’s phone started to black out across 24 hours of usage up to the point where only a very small part of it was still visible.

CNBC‘s Steve Kovach soon followed with an impression of his own: he shared a video of the screen flicking on and off and apparently, after a while of doing just that, half of it went dark altogether.

This might come as a surprise to some, especially after Samsung released a Galaxy Fold video that showcased the phones being stressed-tested with the help of specialized robots. That alone was enough to prove the durability of the phone, we assumed.

Do these new images and videos show that the skeptics were right, in the end? Samsung has not released a comment regarding the situation yet, instead, the company is currently supplying the journalists with new Galaxy Folds and looking into the problem.

Samsung has sold out the Galaxy Fold smartphone in just one day, so it remains to be seen if this issue will impact the availability of the device, considering it’s supposed to come out officially later this month.