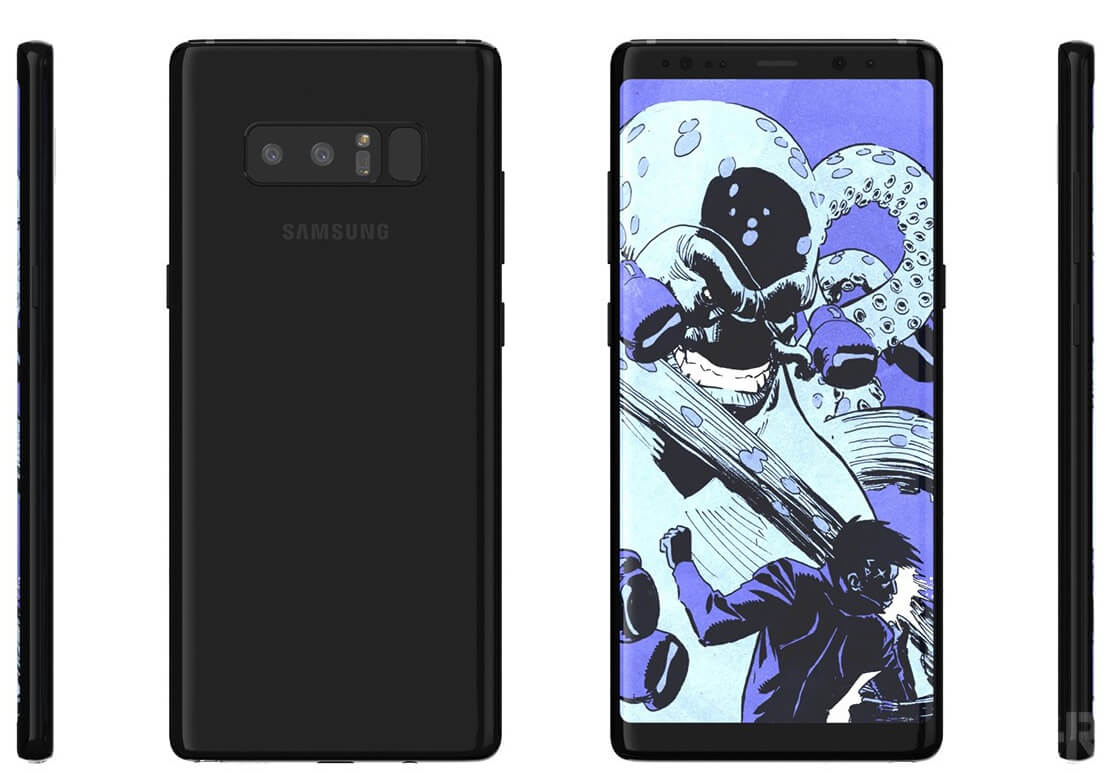 There’s one day left until Samsung unveils the next device in its Note series, after a more-than-difficult year. Their Note 7 launch ended in a disaster, with multiple rounds of recalls after several devices caught fire from the wrong manufacturing of batteries. This year, Samsung is giving it another go, with Note 8, a phablet with useful stylus and top-notch specs. And, despite the PR hit they took, the company is rumored to launch it for a staggering price #mobilemagic

Samsung is ready to announce Galaxy Note 8, their most recent phablet, tomorrow, August 23rd. The Unpacked event in New York City will reveal the specs, special features and everything else you need to know if you’re going to give the company your vote of confidence one more time. But if great hardware and software will make the purchasing decision easier, price will certainly not.

According to news site IT Home (via Android Community), the Korean manufacturer is set to release three models of the device with various internal storage configurations. Of course, the price will vary accordingly.

The 64GB model will be the cheapest of all, coming at 6288 yuan (roughly $940) while the 256GB one could reach 7988 yuan which translates in about $1200! Yep, if the rumor comes true, this would be Samsung’s most expensive handset to date. The only other smartphone set to surpass the $1,000 price tag is iPhone 8. If that happens, these two handsets will become direct rivals.

So far, we know that Note 8 will feature a dual camera module, 4K screen resolution with a 6.2-inch display, Bixby support as well as a physical button to summon it and a curved-on-all-sides chassis.

Although the specs could justify Samsung’s ridiculous price, it’s still a risky move after the Note 7 fiasco. Users could really choose to ignore it in favor of the highly advertised Galaxy S8 and the undecided ones might let themselves be wooed by Apple.