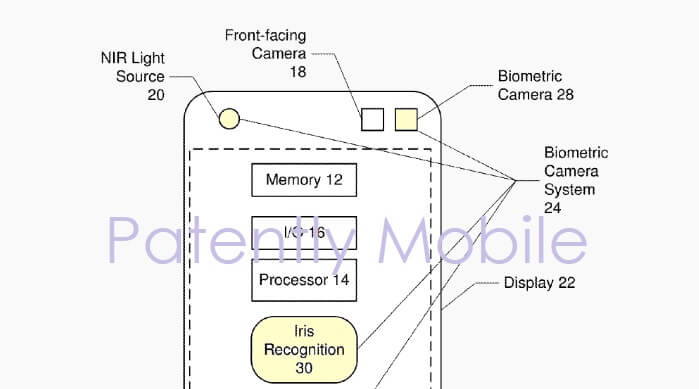 Alright, the seven-year trial that has been going on between Apple and Samsung might have come to an end but Samsung doesn’t seem to want to back down.

In June, the company was already rumored to be working on a 3D facial recognition technology for its next Galaxy phone and now it seems that the rumor was not baseless at all.

Patently Apple reports that Samsung has been granted a patent for a biometric camera which can be integrated into a mobile device from where it can scan the user’s iris via the front-facing camera.

Now we already know that the iPhone X that was launched last year does come equipped with a Face ID but to give Samsung the benefit of doubt, the company has filed the patent for 3D sensing technology in 2014.

The patent does not offer any answers as to whether the biometric camera will be used on a mobile device but it is quite possible that it will debut sometime at the start of 2019, alongside the next Galaxy S.