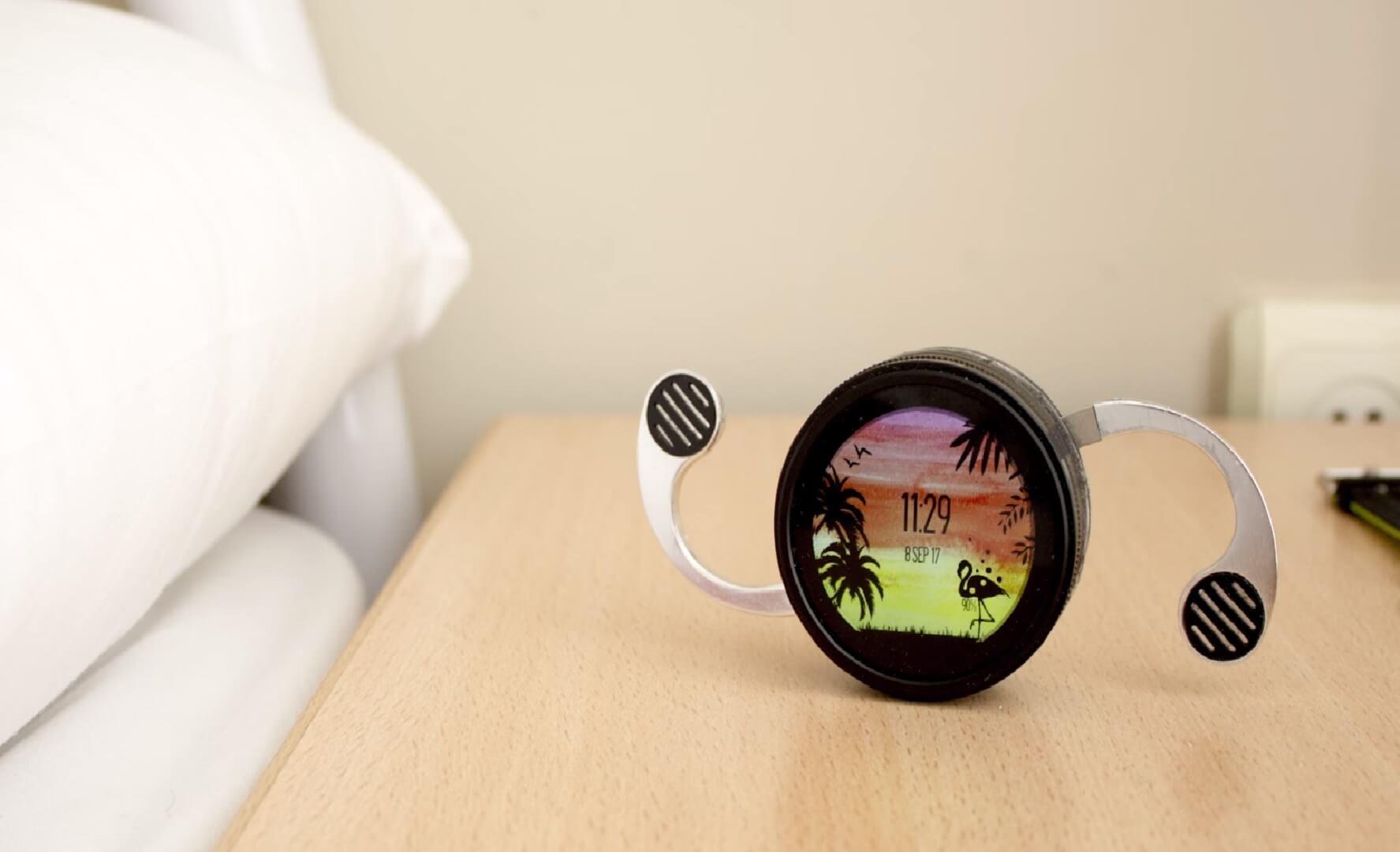 While phone form and functions are more or less cut and dried by now, the wearable world is our oyster. Here, established manufacturers and startups can play with ideas, shapes and functions as much as they want to. That’s what the team behind Shell, a wearable that turns into a phone did #objectmagic

Starting January 31st, the company is going on IndieGogo to crowdfund the “world’s first 4G wearable with an extendable handset and rotating 12MP camera”. Bewildering, right? In effect, Shell is a wrist mount for smartwatches that can be detached and unfolded to act as a smartphone. The microphone and speaker position are placed as to imitate the natural form of a mobile phone.

The transformation happens at the push of a button. The Shell’s wings unfold and can be moved to recharge the gadget with kinetic energy. Shell names this a “never empty, always on” experience. That’s the main reason why you might be inclined to back up the project. That said, Shell is also ready to take pictures with a 360-rotating 12MP camera. As to how much you’ll actually benefit from it, that’s debatable.

How about specs? They’re pretty straightforward for such a gadget. You get 8 hours of audio, 4 hours of video and 5 hours of talk time with the Signature Model. Alternatively, you can choose a rugged “Commando” model which adds radio communication to the package.

Both can be used with third party designs like the Apple Watch, Samsung Gear, Moto 360, LG G Watch and Huawei Watch. The Signature Model will cost $250, while Commando will be priced at $400.