Smart Faucet From Kohler Can Be Operated With Voice Commands 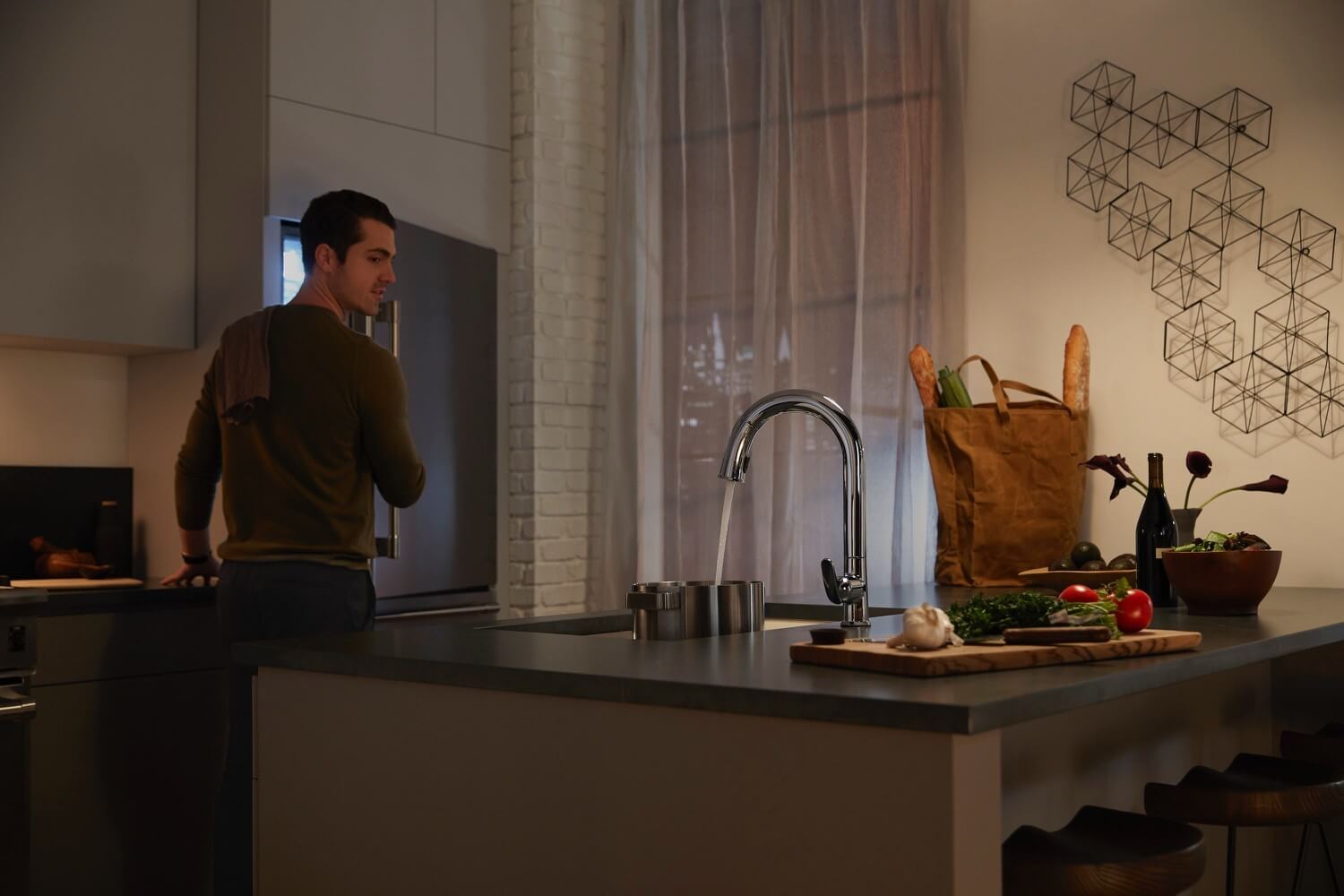 Our smart homes are becoming smarter by the day. One of the areas most prone to smart devices is, of course, the kitchen. And who wouldn’t want a smart kitchen? After all, if you’ve had a long day at work, the thing you’d want the most is to have a helping hand or two while you’re making dinner.

However, while we do have smart ovens, washing machines or fridges, very few companies have actually paid a lot of attention to our kitchen sinks. But now Kohler has brought the Sensate Faucet to the spotlight, which pairs up with the Google Assistant, Amazon Alexa and even Apple’s Siri to allow the user voice control over what it can do.

To begin with, the faucet is available in polished chrome, vibrant stainless and matte black finishes and features a very simple design – it’s basically just a pipe with a single hole that has a pull-down nozzle. In order to control the faucet via motion you just have to move your had under it to turn it on or off.

The faucet is installed in the same manner you would install your regular kitchen faucet but you have to keep in mind the electrical power it needs, which means it will need its own dedicated switch, which, of course, has to be on at all times so you can control it. 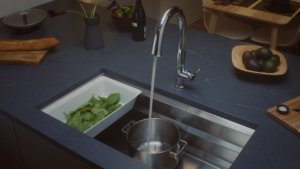 After the faucet is installed however, you’ll need to download its companion app, create an account and you’re all set and ready to use it. The app allows you to customize the voice commands and create ‘experiences’ which you can name after what the water will be used for, such as ‘coffeemachine’, and preset that experience to however many cups you need to get your coffee machine going.

The app will also tell you everything you need to know about your water consumption and will notify you if the faucet has a leak or some sort of water flow problem.

You’ll have to tell your voice assistant of your choice “Ask Kohler” before issuing any commands, such as “Hey Google, ask Kohler to turn the faucet off”. With Siri however, while you don’t have to use that type of sentence, you can only tun it on and off, but nothing else.

You can ask it to pour water in any type of measurement you want but for now you can’t ask for fractions and the measurements must be between 8 ounces and 6 gallons. The faucet will also turn itself off after 4 minutes.

The facet has a starting price of $875, depending on the finish you choose, which is quite pricey for a kitchen faucet but it’s worth keeping in mind that Kohler’s standard, not-smart version is not that cheap either. It might not be a lot for now, but it’s a small detail that is getting us closer and closer to the smart homes of the future.