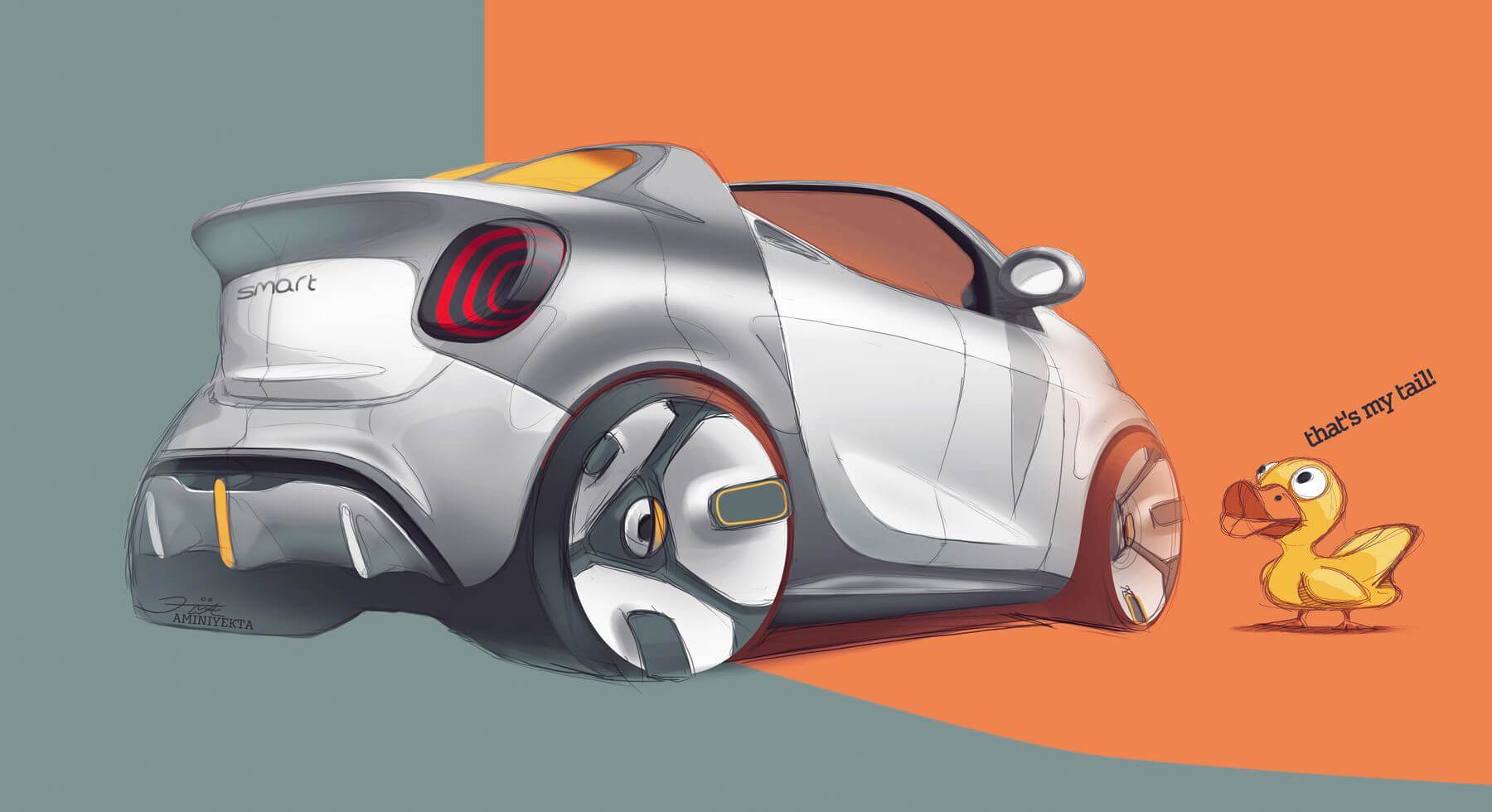 It’s the 20th anniversary for the Mercedes-owned company Smart these days. So, Smart decided to celebrate it at the Paris Motor Show by unveiling its new concept car, an adorable-looking, roofless electric vehicle.

The car is a tribute to two of the earlier concept vehicles from the company: the Crossblade and the Forspeed. To keep in theme, it has been dubbed the Forease. 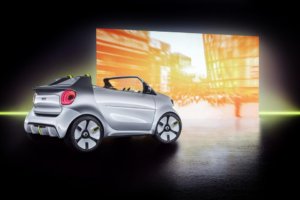 The first thing one notices is the fact that the car does not have a roof at all and it bears a metallic touch with vivid green accents. The design altogether gives it a very breezy, care-free look, which is exactly what the company was going for.

“The smart Forease embodies a refreshingly simple form of driving fun in the city, standing for urban electric mobility without compromise – because, if in doubt, smart always opts for a consistent approach. The result is a sustainable driving experience built on freedom.”

Because the car does not have a rooftop, the air vents have been replaced with round displays. Moreover, there are seamlessly integrated door handles and comfortable, beautifully-designed seats that remind us a bit of the seats on rally cars. 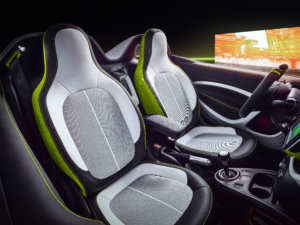 Apparently the car also comes with a “ready to” app that allows the driver to share the car with friends or monitor its functions.

If the car becomes available to the public, there’s no telling how successful it will be, considering that there’s no way to take shelter from the rain or the cold. That said, I’ll admit it looks quite quirky and it definitely gives off a ‘carefree’ vibe.

So far, Smart has been selling its electric vehicles in the USA, Canada and Norway but has plans to go all-electric in Europe by 2020.