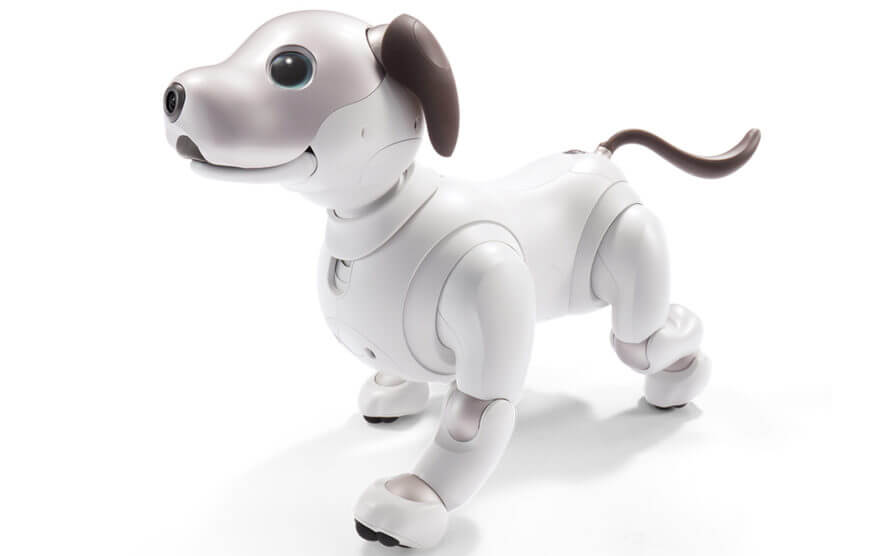 Back in 2007, Sony launched a robotic pet which the most brave of you took home and played with. Now, the pup is back, cuter and smarter than ever thanks to artificial intelligence #machinemagic

This year, Aibo is back in Japan. Sony’s entertainment robot looks like a cute, lovable man-made version of a pup, with OLED eyes that look back innocently to you. It has ultra-compact actuators that allows it to move on 22 axes, meaning it can walk, sit, play around and scratch like a live dog would. Truth be told, it’s the friendliest dog bot we’ve seen so far.

Best of all, the last 10 years of technological advances made it possible for it to respond like an intelligent being would. So, Aibo does respond to voice commands, conveys emotions through those puppy dog eyes, and adapts to its family thanks to deep learning algorithms. In time, it learns to react properly to the different sounds and images the sensors perceive.

Sony equipped it with a SIM card slot so it can connect to the Internet and access the company’s cloud to learn from other dogs’ behavior, too. Users themselves will get the chance to play with different app features if they subscribe to the service (for a minimum of three years) for 2,980 yen a month ($26). According to the company, the battery lasts around two hours and it takes other three to recharge it.

The robotic dog itself is set to cost $1,740 (198,000 Yen). Sony is already receiving pre-orders, while the bot will reach shelves from January 11 only in Japan.