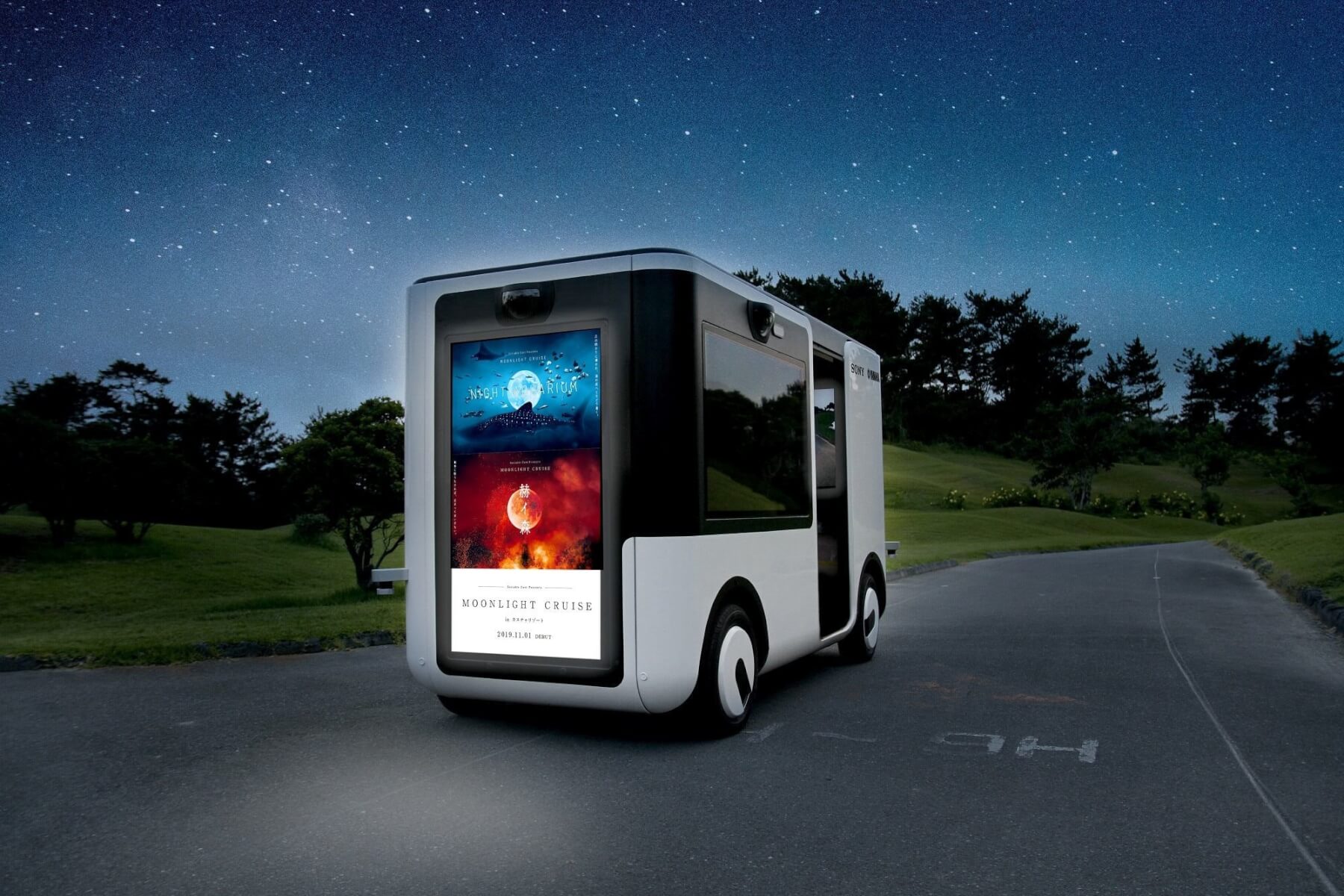 Sony is going all out with the futuristic scenario as far as it’s Sociable Cart SC-1 is concerned.

The Sociable Cart can carry five people at a time and won’t rely just on windows to deliver an immersive experience, on the contrary. The passengers will actually enjoy themselves on the inside via mixed reality experiences. The Cart does not feature any headlights, so it will rely only on its sensors to drive around, in order to allow the passengers to enjoy the night time scenery. But even this scenery will get some entertainment features overlayed over it and the passengers can sit back, relax and enjoy.

“This service contains a plethora of surprises sure to delight the passengers’ senses, providing an unforgettable and “supernatural” experience underneath the starry skies. Additionally, the service will feature two types of content in total, in order to bring this one-of-a-kind experience to as many passengers as possible.” Sony said in a press release.

Two of the experiences we know of are called “Night Aquarium” and “Moonlight Cruise“.

As far as the outside of the Cart goes, Sony has partnered up with Yamaha to deliver ads targeted at the pedestrians, according to their age and gender.

The autonomous vehicle, which was designed to go around theme parks and golf courses will officially launch in Japan. It will first make an appearance in the Kanucha Bay Resort in Nago City as well as in the Botanical Garden in Okinawa.