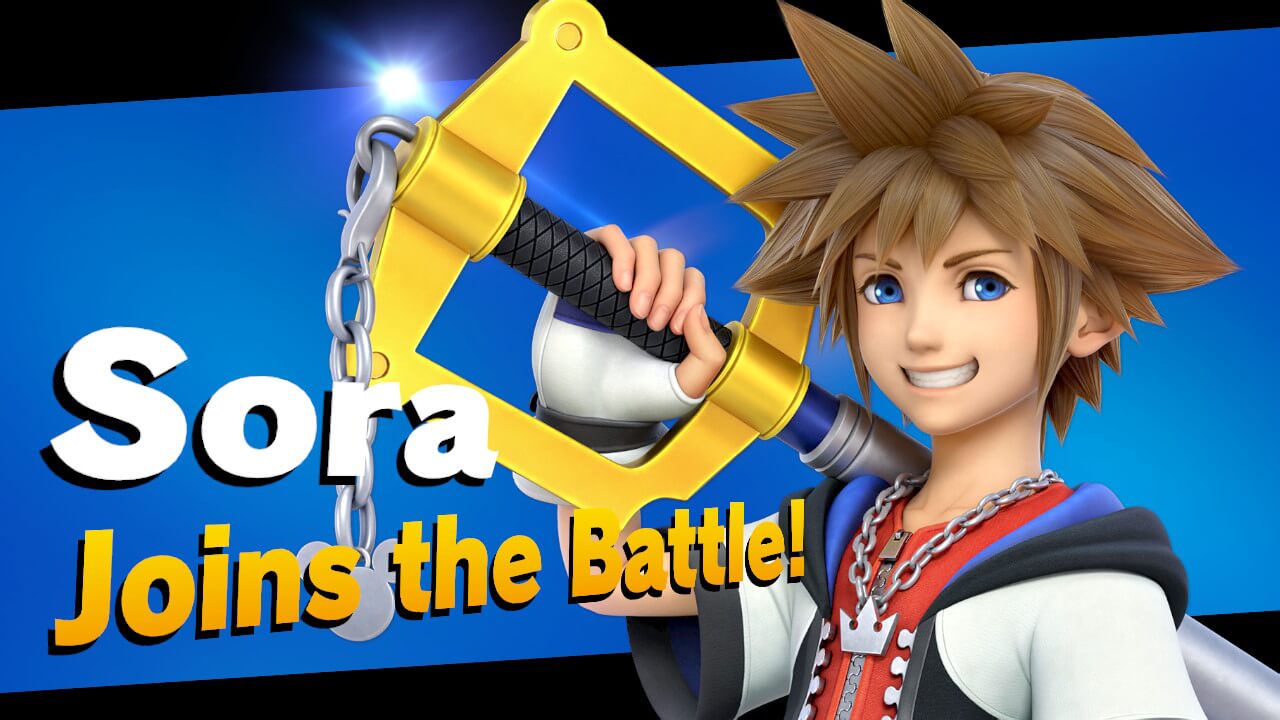 After years of fans requesting for his arrival in Smash, Sora from Kingdom Hearts finally makes his appearance as a playable fighter in Smash Ultimate!

On first impressions, Sora’s most unique feature has to be his floaty-ness. While several characters in the Smash Ultimate cast are known for balloon-like nature – Jigglypuff being the prime example – Sora’s weightlessness follows a different syncopation. Part of this comes from his double jump, which unlike Jigglypuff’s steady rise, has different heights and rhythms for the first and second jump.

The design choice to make him so floaty comes from Kingdom Hearts, where battles are often held in the sky. As an aerial-based fighter, Sora certainly has the tools to compete. His triple jab combo makes him a constant threat to have active hitboxes in the air, while his back air and up-air hold significant power. Additionally, his insane recovery – beyond the jump, a vertical launch with a three part dash – lets him challenge you from almost anywhere.

At the same time, perhaps because of his floaty-ness, he feels incredibly weak at times. Particularly when grounded, it feels like his attacks don’t have the weighty punch that some of the other DLC characters have. He feels the most honest, fighting opponents based on well-timed attacks and reads rather than gimmicks or oppressive hit boxes/frame data.

It truly seems like the Sora game plan is get opponents off-stage or in the air where his aerial mastery can keep prevent opponents from safely making it back.

In ways, this playstyle perfectly encapsulates the Kingdom Hearts playstyle: aerial battles based on strong neutral attacks followed by the occasional special attack. After all, it is Sakurai’s penchant to be as faithful as possible to a fighter’s original franchise.

It’s a pity, though, that none of Sora’s Disney partners couldn’t have made their way to Smash as well. Perhaps as background characters, spirits, or part of his Final Smash.

Over time, players will certainly learn to master the Keyblade and Sora’s aerial style of gameplay. For now, it’s just incredible to even see Sora in the game. He is perhaps the best final fighter Smash Ultimate could have asked for.