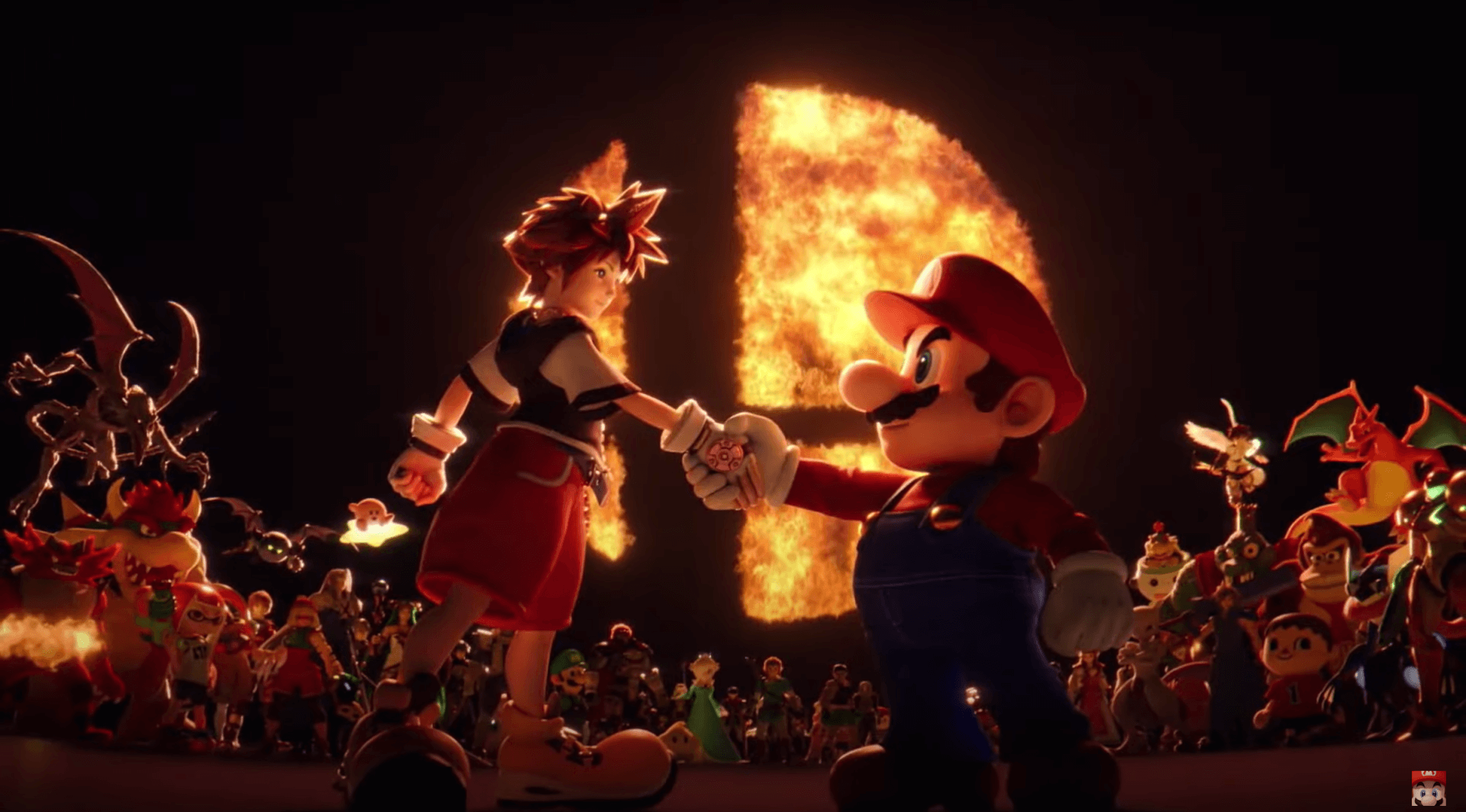 Sora’s design is largely based off high air mobility and floatiness. Several of his moves combo into each other. With his extremely high jumps and multiple mobility options, he can attack enemies far off stage without worrying about making it back. His Final Smash, “Sealing the Keyhole,” is a reference to a similar move in the game.

Additionally, Sora’s stage will be Hollow Bastion, a familiar location in the Kingdom Hearts series. While it is a fairly normal stage, when time or stock counts get low, the stage transforms into a “Dive to the Heart”-esque area. The background features character art of several of Kingdom Hearts’ main protagonist. The stage also comes with nine songs and one additional song for those who have Kingdom Hearts Melody of Memory save data on their Switch.

Sora will release October 18th along with Mii Fighter Costumes for Octoling, Judd, and Doom Slayer.

The iconic Keyblade wielder arrives to the battlefield.

Sora from #KingdomHearts will be the final Super #SmashBrosUltimate DLC fighter! Look forward to the release of Sora in Challenger Pack 11 on 10/18. pic.twitter.com/zuhyPhydvv

With this announcement, many online are thanking director Masahiro Sakurai for all his hard work on the series. Sakurai has led the development on the Smash series since its inception. His tireless work and dedication have been the driving force behind one of the most ambitious video game crossovers of all time.

Sora’s release may mark an end to new updates to Smash Ultimate, but with 89 playable characters and over 450 games and 2,2000 characters represented, Smash Ultimate’s legacy will likely live on.