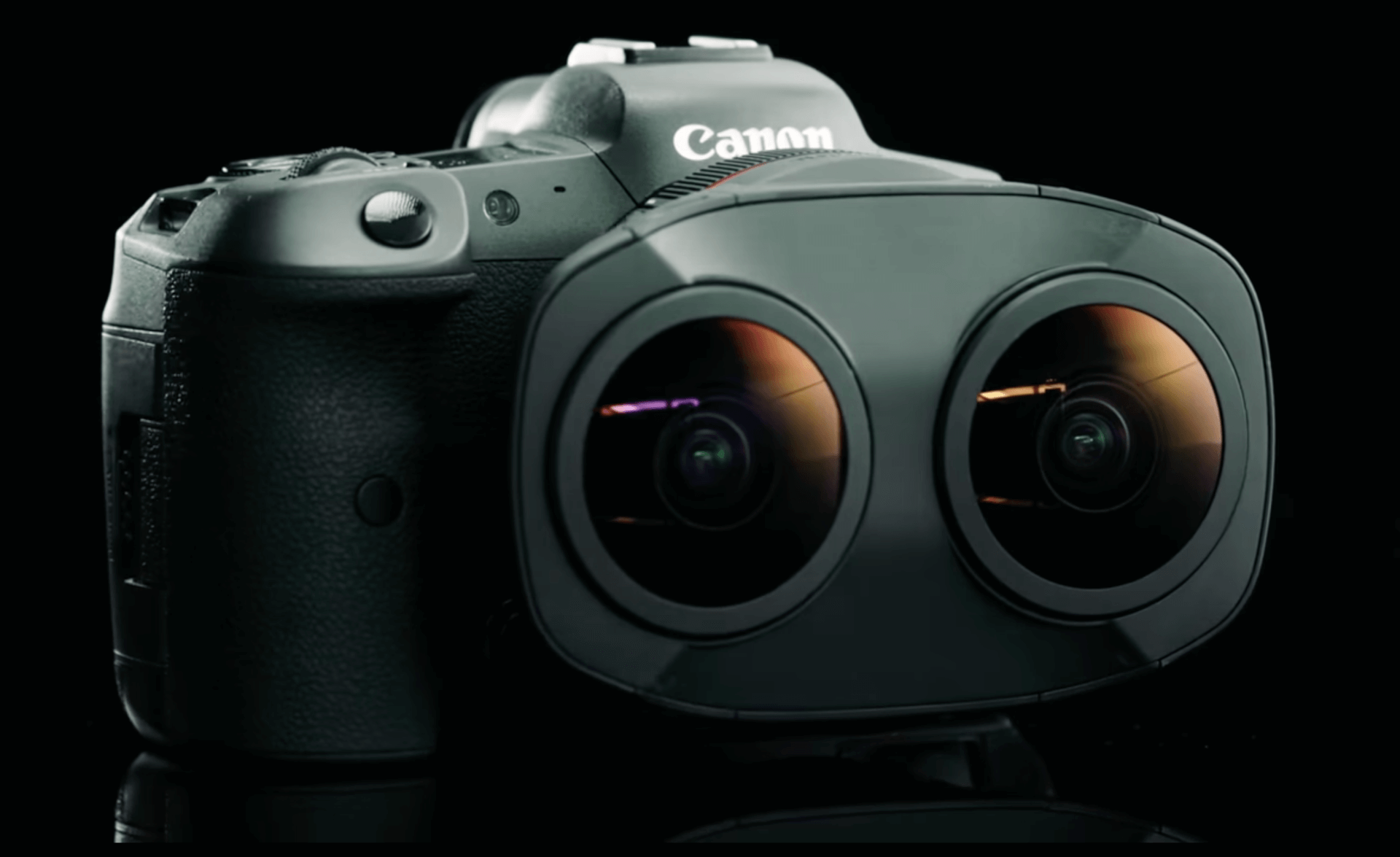 Canon has entered the VR scene. In an unexpected move, the company announced the future launch of a dual fisheye lens for their EOS R5 camera.

Canon rarely changes direction, preferring to stick to what it knows best. The company has been a popular destination for pro photographers and vloggers alike but now it’s hoping to attract a different audience.

Or rather one that’s interesting in dabbling with VR, too.

The lenses are 60mm apart and are first ever digital interchangeable lens “that can capture stereoscopic 3D 180° VR imagery to a single image sensor.”

If you’re thinking of where this type of content could be enjoyed, Canon itself points towards Oculus Quest 2. To make that content shine and work as it was meant too, Canon is also planning to release a Premiere Pro plug-in and a conversion app which will be called OS VR Utility.

The whole endeavor won’t be cheap at all, though. Just the lens will sell for $1,999 in December (when the software will drop, as well), while the EOS R5 costs already about $3,899.

Is it worth getting it if you’re not knees-deep in creating VR content?