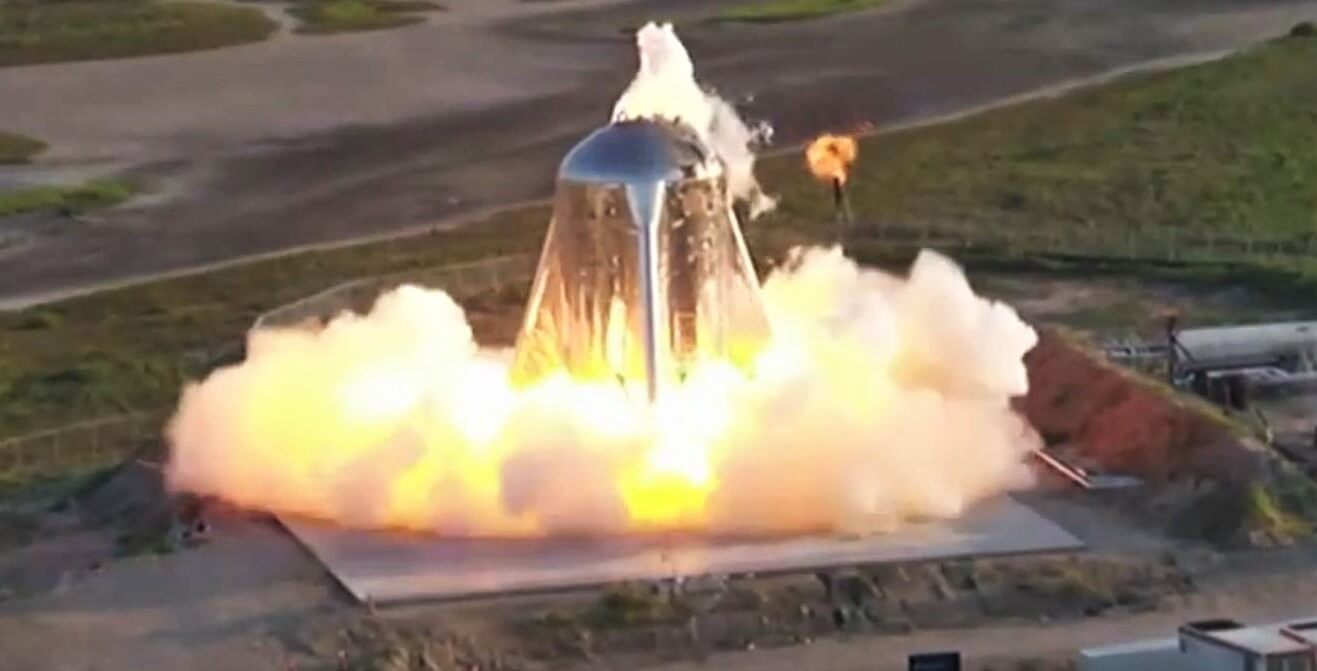 Last week, during a routine static fire test, a giant fireball immersed the SpaceX’s prototype of Starship, Starhopper, which the massive rocket is developing to transport humans to the Moon and Mars.

Starhopper’s first flight test on Wednesday didn’t go so well, as a flame shot out from the top of the spacecraft. Therefore, the SpaceX was forced to abort the test mission quickly.

Of course, a massive rocket on fire might sound terrible, but SpaceX officials are not that concerned, because according to them, these kind of incidents are common when you’re developing a first-of-its-kind spacecraft.

On that note, SpaceX CEO Elon Musk tweeted that Starhopper is “not bothered by a little heat” and the fireball is “no major damage.”

Moreover, during a live stream of the aborted flight test, SpaceX engineer Kate Tice highlighted that a “failed” test is still a great opportunity to learn in the rocket science world.
“This specific test is one in a series of tests,” she said, “designed to push the limits of the vehicle as quickly as possible, to learn all that we can as fast and safely as we can.”