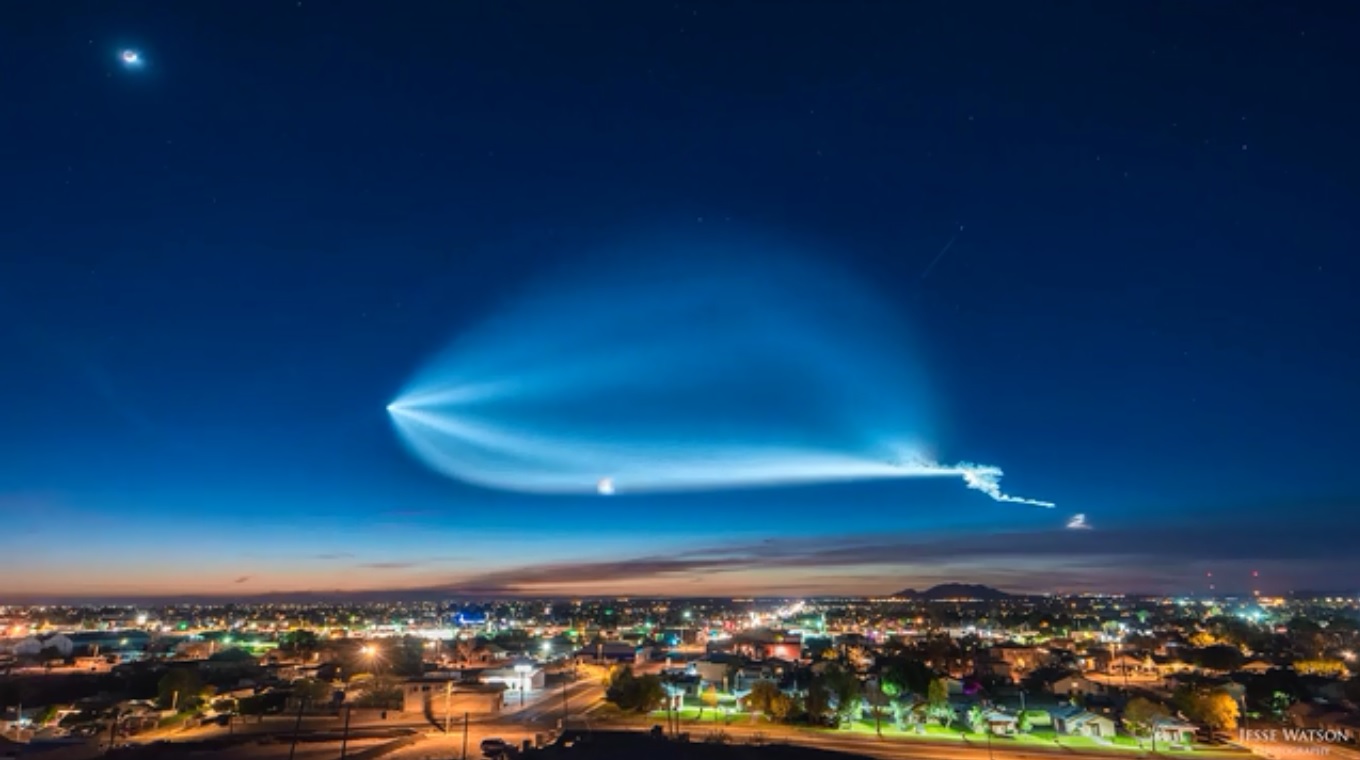 SpaceX ended last week on a glorious note – with the 18th successful launch of their Falcon 9 rocket, breaking a personal record this year. If you haven’t seen the whole event you can do it here…and if you mistook it for a creepy UFO… sorry, guys – this time-lapse proves how the rocket trajectory formed the white shape, misleading you in the meantime #spacemagic

On its 18th mission, a Falcon 9 rocket from SpaceX left Earth with 10 Iridium NEXT satellites from the Vandenberg Air Force Base in California. While doing so, the rocket’s “tail” formed an odd shape on the evening sky. The unusual sight didn’t go unnoticed by Elon Musk himself, who tweeted:

As it happens, photographer Jesse Watson captured the moment and managed to grab a 40-second time-lapse of the event. In Yuma, Arizona, he set up four cameras and five lenses in four different places, just to make sure he’ll have the footage needed. Three of them rolled time-lapse and one, telephoto.

In the end, Watson grabbed 2,452 images which were condensed in 1,315 for this superb time-lapse: