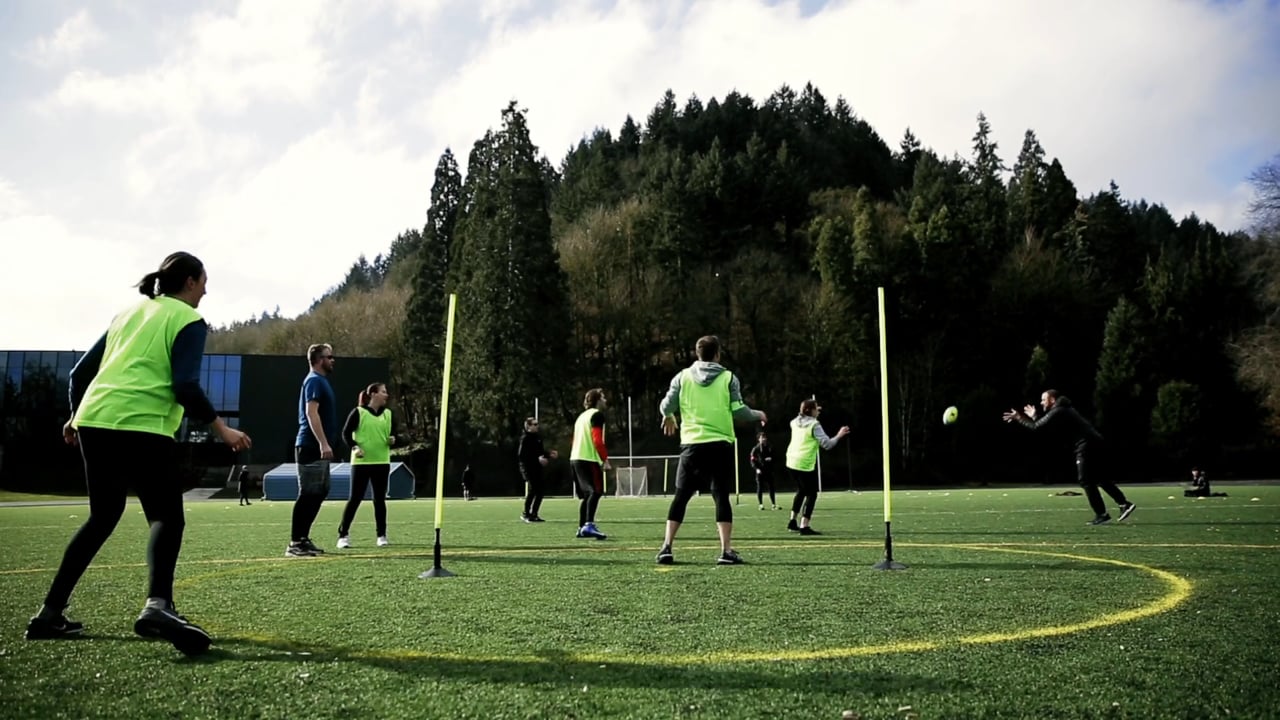 Speedgate is the very first sport that was created by an AI and it involves six player teams that have a go against each other on a field that has three gates with no nets.

The ball has to move every three seconds by the way, so there’s not a lot of time to rest, which sounds very cardio-efficient.

The game was created thanks to design agency AKQA, who used NVIDIA Tesla GPUs to train the neural network with data on over 400 existing sports, which helped it come up with some basic concepts and rules.

Yes, some of them were not very feasible, to say the least: there was talk of underwater parkour and an exploding Frisbee game. Arguably, the most interesting addition (which was quickly scrapped for obvious reasons) was a sport that involved teams of players that passed a ball back and forth while standing on a tightrope in a hot air balloon.

While I am absolutely sure there are people out there who would be interested in such a feat, the point of the experiment was to come up with a simple team sport anyone can try out.

“Speedgate is fun, fast and physical, relying heavily on teamwork and passing to score and win,” AKQA said “Going all out for victory is applauded, but it should never come at the expense of having an awesome time. Speedgate is all about enjoyment, inclusivity, and sportsmanship.”

In addition to the game itself, the AI also came up with the official Speedgate logo: “A team looked through those and took a lot of inspiration from them in terms of the shape of the logo and the color scheme,” Kathryn Webb, AI Practice Lead at AKQA, said “It’s a nice example of going beyond the very text-focused stuff that you see quite a lot of.”

If you’re interested in giving the sport a shot with your friends, you can go through the Official Game Guide by following this link.