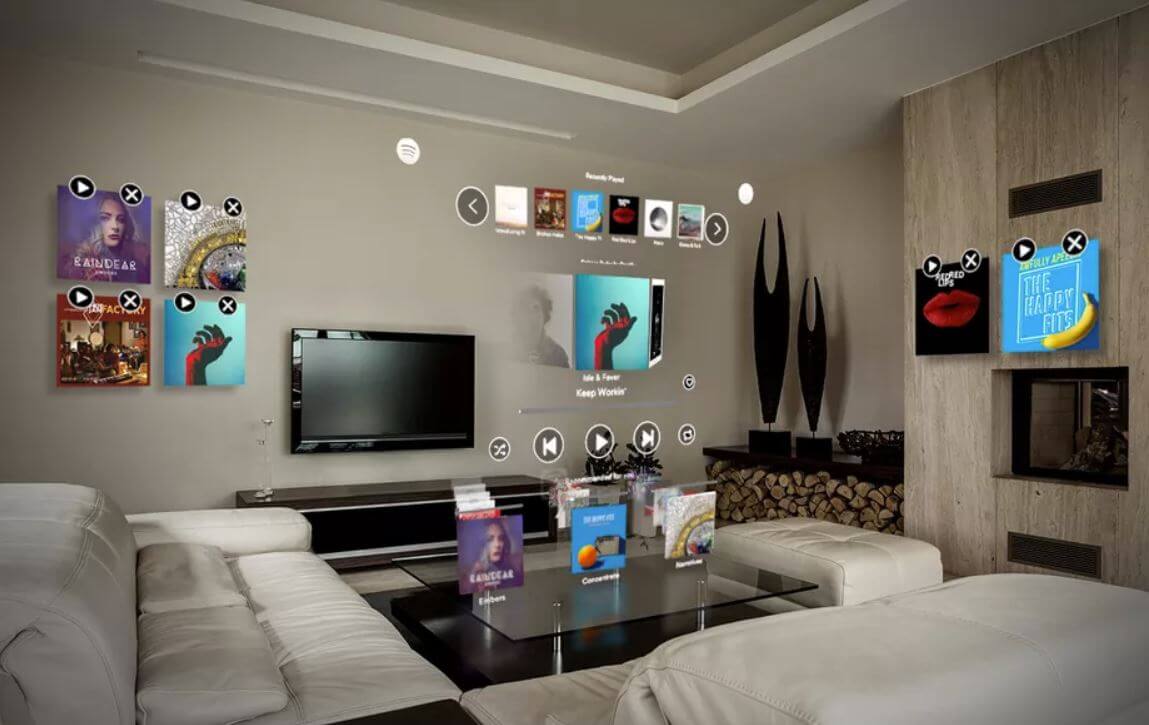 Magic Leap is an interesting offering but as all MR manufacturers are realizing, content is king. Without content made for a mixed reality experience, there’s little to no reason to purchase such a device. Cue in Spotify; the app just announced their debut on the Magic Leap World.

The Spotify app on this platform takes a third dimension, as the content is juxtaposed over the real world. If you’re listening at home, this means you’ll see songs, albums and playlists over sofas, tables and your walls.

“The app is spatially aware, so you can pin recently played artists, albums or tracks to specific locations in your home. And because content builds over time, you can collect and curate the perfect playlists or soundscape for each room in your space. Share your sofa with up-and-coming bands, meet your idols in your kitchen, explore new albums in your garage.”, explains Magic Leap in a blog post.

Exactly – on Magic Leap, playlists follow you from one room to another, as you move through your house.

Although, you’ll need the Premium subscription to benefit from all these features.

How will you listen to your Spotify songs in Magic Leap?

There are two ways. You can go with the headset’s built-in speakers that are placed near your ears. Or, you can attach your own headphones thanks to a headphone jack.

See? At least MR headsets are keeping them.

You don’t to be in the Spotify app to enjoy your music, by the way. Magic Leap announced the possibility of launching other apps and still play your favorite tunes in the background.

Magic Leap One is available as a personal device at $2295 but there are also developer versions. That said, the company is already working on a sequel and on getting more content developers on board.