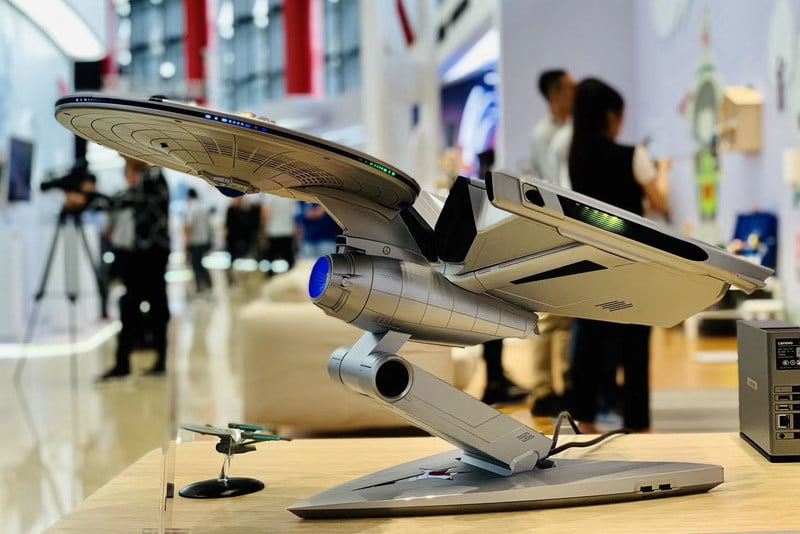 During the annual Tech World Conference that took place in Beijing, Lenovo went all out and revealed a new PC design that is an unique sight, to say the least.

Even if you are not a Star Trek fan, you will recognize that the PC was made in the likeness of the USS Enterprise. The product is officially licensed by Paramount CBS and the best news is that the product is not just a showpiece – it will be sold to the general public as well. 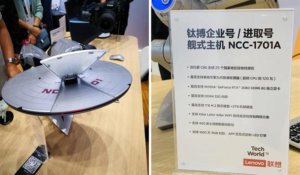 The Lenovo Titanium Enterprise NCC-1701A comes with NVIDIA’s next generation GeForce RTX 2080 packed in, an overclocked ninth generation Intel CPU, 32GB of DDR4 memory, a 1 TB M.2 SSD, and a 2 TB HDD. In addition to all that, the PC spacecraft includes LED lighting as well as a mini 400 ANSI lumens projector set in one of the disc panels.

This desk-friendly Enterprise is, for now, only available in China and Lenovo has not made any comments about it traveling to other countries at the moment. When it does, keep in mind that the starting price for it right now stands at around $2180, so if you’re a Trekkie, best start saving up.