Stay Cool This Summer With The Sleekest AC Unit! - TechTheLead 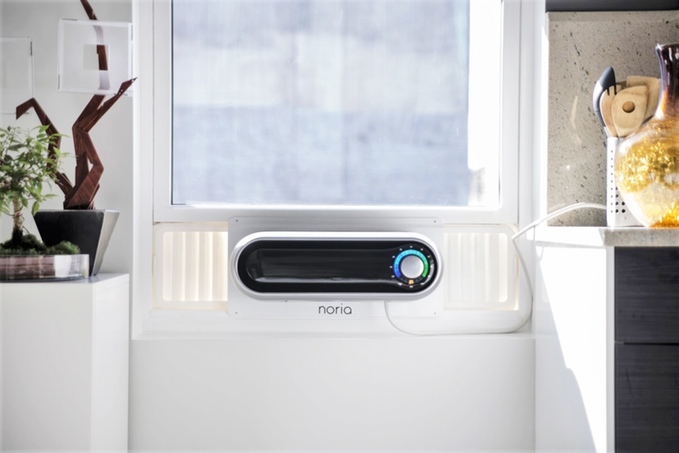 It’s easy to stop caring about choosing the right AC unit – there’s little difference between them! Bulky, with overly-complicated settings, they’re nothing more than a necessary evil. Still, the team behind Noria thinks their revolutionary device can change your opinion and life, completely #objectmagic

Noria is the queen of AC units. Sleek and efficient, it draws everyone’s attention. At less than 6-inches height, the unit is 40% smaller than regular air conditioners. It’s also very light – Noria Home, the company behind it, says it weighs just 30 pounds, whereas some AC can reach up to 200 pounds. The horizontal, modern design was built so it can be placed under your window, with the help of a special adapter that fits in a single or double-hung window frame:

As every smart object now, Noria can be controlled from your smartphone. There is where you can set up schedules to save energy when you’re not at home and also enable Fresh Air mode. That’s the feature you’ll want to have on hot summer nights. 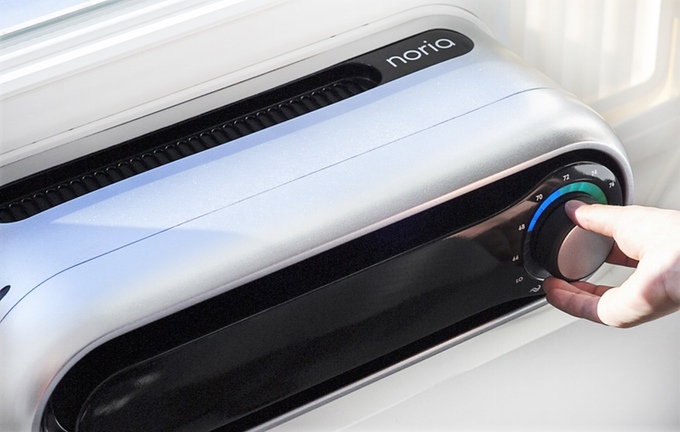 What we liked about it: the simple interaction. No more complicated menus; just a thermostat knob where you can choose the temperature like you would choose a radio channel. Also, we dig the fact that, unlike other air conditioners, the cool air goes toward the ceiling, preventing cold or hot spots in the room.

Noria Home has reached its goal on Kickstarter and should launch the device in Spring 2017.