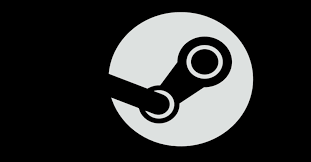 Valve has announced that it’s dropping Ubuntu support as with the 19.10 release, which will eliminate the 32-bit and x86 components.

Valve’s Pierre-Loup Griffais has said of the decision on Twitter that they will be evaluating “ways to minimize breakage for existing users, but will also switch our focus to a different distribution, currently TBD.”

Steam will not be recommending Ubuntu to its users anymore either, which comes as a bit of a surprise, considering Valve has been openly supporting the system since the launch of Steam for Linux in 2012.

So, why this radical decision, considering most computers are 64-bit nowadays?

Well, Ubuntu’s decision to eliminate the 32-bit archive completely also affects any 32-bit software from running on 64-bit devices. Of course, the users could still use containers to make it work, but that is a complex workaround that not everyone is familiar with.

A lot of Steam games that are currently available on the platform and that the customers already own are 32-bit only as well and these 32-bit games don’t receive updates or development after release and, unless they are re-released or re-mastered, they will stay 32-bit forever.

Steam can leverage the 32-bit libraries on 64-bit systems but Ubuntu is removing its ability to continue to do so across its system.

The developers of Wine, a software package that helps the users run programs developed for Windows on Linux, have been quite vocal about their concerns regarding Ubuntu’s decision as well.

Ubuntu developer Steve Langasek tried to respond to them and clarify the issue at the same time, stating that the 32-bit applications will still work on the 19.10 release, in a post he wrote on Ubuntu Discourse.

“I’m sorry that we’ve given anyone the impression that we are “dropping support for i386 applications”. Langasek said. “That’s simply not the case. What we are dropping is updates to the i386 libraries, which will be frozen at the 18.04 LTS versions. But there is every intention to ensure that there is a clear story for how i386 applications (including games) can be run on versions of Ubuntu later than 19.10.“

Even with this in mind, the decision will still present a few issues for Linux gamers who use Steam constantly. If you happen to use Linux and game a lot via Steam, you might have to stick with either an older version of the Linux distro or make the switch to something completely different.

Hopefully, Ubuntu, following the online backlash, will go back on its decision or consider an easier workaround. Feature development is expected to freeze for the 19.10 sometime in August, so there’s still some time left for them to change their mind.