Straight Out Of A Pre-Fallout Future: The xArm 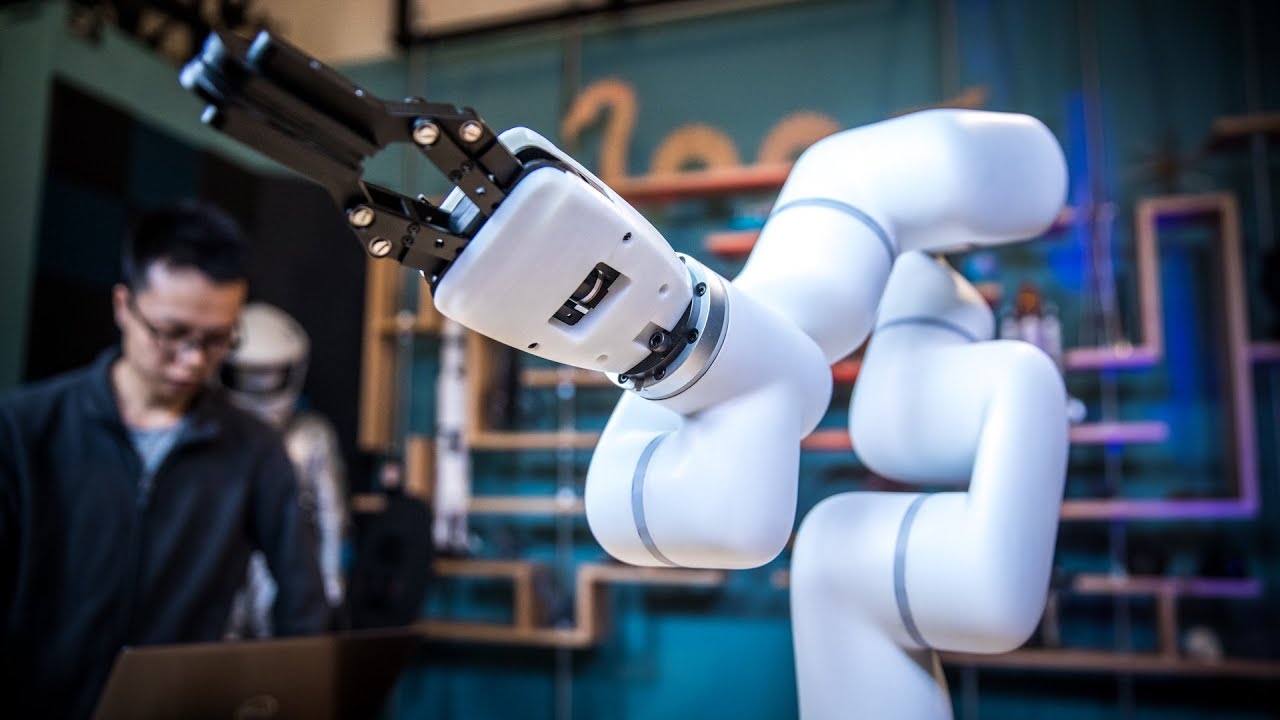 Robot arms are mostly seen in factories, understandably so, but the guys at uFactory plan to bring the robot arms into our daily lives with the xArm.

The arm has a design almost reminiscent of the future we dreamed of back in the 1950’s – it looks very smooth thanks to a white carbon-fiber chassis and it has seven axes, which allows it a very wide range of movement.

It can do all the basic machine tasks you’d expect from it, such as pick and place objects, load or unload items and it is also able to adjust the pressure and strength thanks to internal sensors. But it can also help you shoot video and just about make you a coffee too.

The xArm weighs 22 pounds (10kg) and the maximum load it can hold usually varies by the number of joints it has: xArm5 can hold 13 pounds, while the XArm7 only 7.7.

It also has an IP54 rating for water resistance so in the future you might be able to place it just fine next to your sink so it can help you with the dishes. Just don’t expect it to actually wash the dishes for now. Maybe in a while.

The xArm still has a way to go – it needs to have very specific coordinates concerning the task it needs to do and uFactory hopes that they will be able to have pre-programmed tasks on hand in a menu that the users can access, while the XArm will use cameras to figure out the variables.

You can manipulate the arm however you see fit with ease and, if it collides with anything, the xArm has a safety lock that is set to kick in.

The arm will launch on Kickstarter in October, it will have a price tag of $3,599. is expected to ship next spring and it might prove an useful device for hobby tinkerers or even children. Hopefully, one day, it may even do the dishes.