Toyota Engineering and Manufacturing North America has recently filed a patent application for a flying helicopter with wheels. Yes, you read that right.

The vehicle in question has wheels that are attached to a couple of arms fixed on a central pivot. When it switches from land mode to flight mode, the arms extend and the wheels begin to spin. The rotors within the wheels will start spinning like helicopter ones and will be able, in theory, to produce enough lift to allow the vehicle to take off from the ground.

According to the patent, the rotors will be powered by an electric motor but the document does not go into a lot of detail concerning the power system itself. 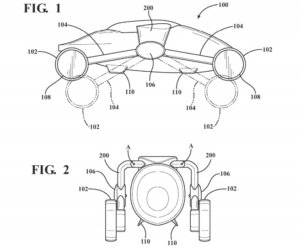 When on the ground, the vehicle is supposed to steer in a way similar to tracked vehicles like tanks or bulldozers but it’s a little questionable how efficient that will prove to be when driving through your usual city traffic. But we might be talking about the city traffic of a future city here, where we will have all sorts of contraptions on the roads. 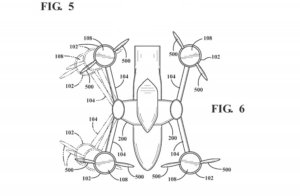 Filing a patent does not make it real though, so Toyota might never dig up the files to actually attempt to build the vehicle, so don’t get too excited, even if we’d all want to know more about this. They’re not the only ones who think about flying cars though, so if ever such a thing was possible, it’s most likely in the near future.