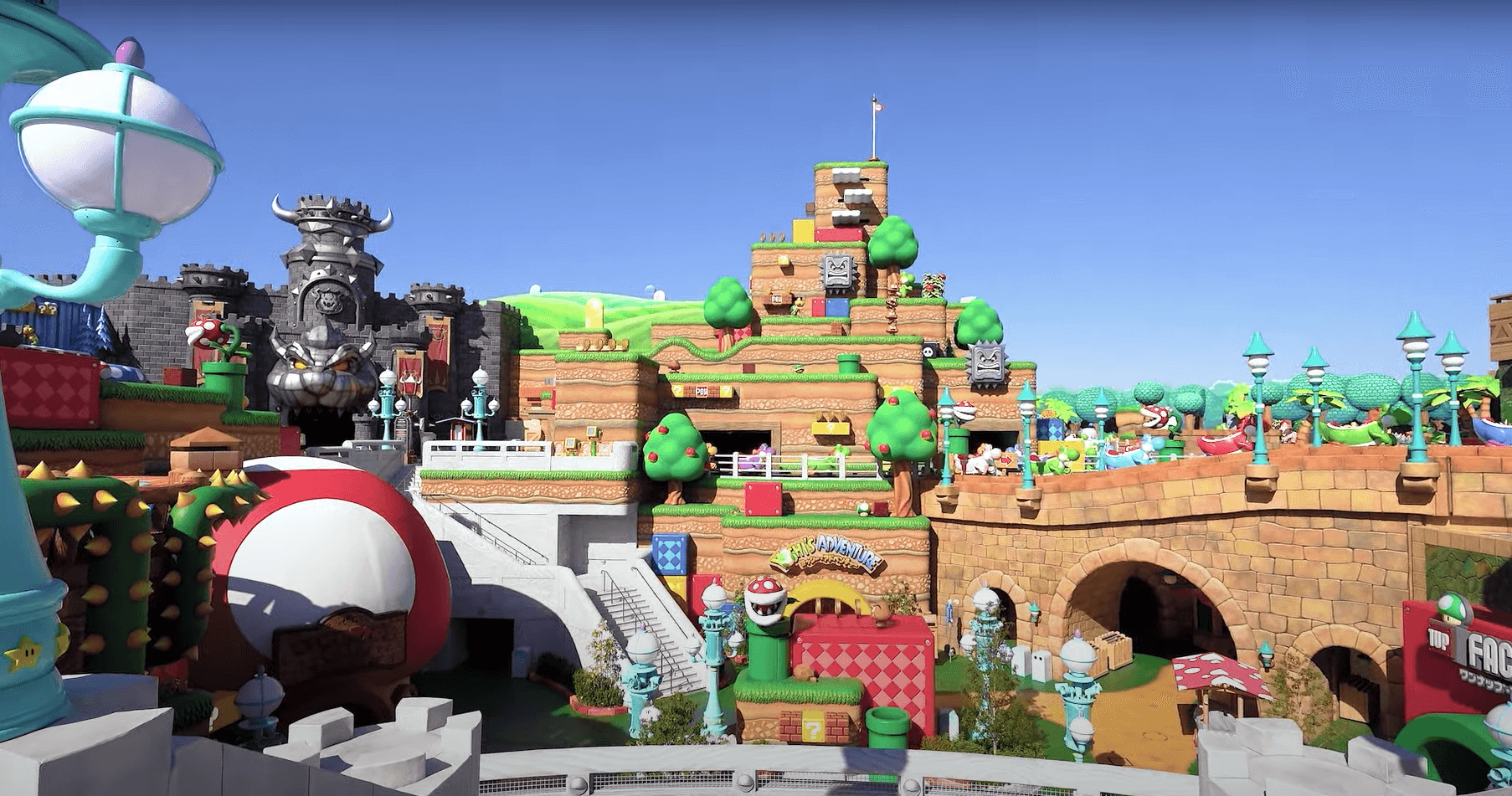 The much-anticipated Nintendo-themed amusement park, Super Nintendo World, had been previously delayed due to the COVID-19 pandemic. Fans awaiting more news on the amusement park should be excited, though, as Nintendo just released a video with some more information on the theme park.

The video starts at the entrance, which already fronts its Mario theme as a giant pipe. On the other end is the lobby of Princess Peach’s castle. Even a portrait of Bob-omb Battlefield hangs on the wall, harkening back to Super Mario 64.

After leaving Princess Peach’s castle, theme park visitors are greeted with an expansive view of many of the different attractions and pieces of Super Nintendo World. The commitment to theme is extraordinary as there are so many references to the Super Mario universe. Even the animatronics, which have Goombas and Yoshis moving around give parkgoers the feeling of being in the Super Mario world itself.

One of the unique features of the park is its interactivity. People can wear a “Power-up Band” to interact with certain elements in the park. Some elements shown include a “? Block,” a “POW Block” mini game, and a “Piranha Plant.” The rewards of interacting with the interaction points remain unclear other than getting coins. Additionally, it is unclear whether or not the Power-up Band is a part of the entrance fee or if it is something one must buy separately.

Other attractions shown off include an Underground Maze, the 1-Up Factory (where people can buy souvenirs, Kinopio’s Café (a Toad-run eatery), and Mario Kart: Koopa’s Challenge. The latter appears to have AR elements, which may be a part of the ride itself.

Super Nintendo World is set to open in Japan February 4th, 2021. Although it may be difficult for foreigners to travel in Japan due to the pandemic, Miyamoto did note that there are plans to open Super Nintendo Worlds in other countries, including in the USA (in Hollywood, CA and Orlando, FL) and in Singapore.