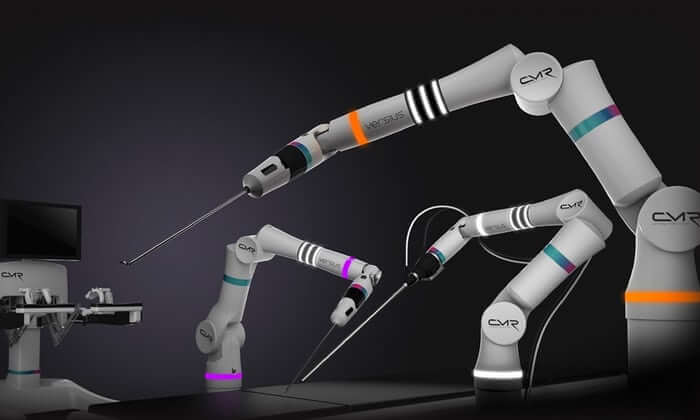 Maneuvering your way through keyhole incisions, tying knots you cannot directly see is a surgeon’s exact science. Trainee surgeons require from 60 to 80 hours of practice for it. But there is one who has managed to do it in less than half that time.

Its name is Versius and it is the world’s smallest surgical robot. The robot has learned to tie a surgical knot much faster than its human counterparts – in just half an hour. #machinemagic

It is not the first one of its kind, but it is one of the most advanced and it can also easily be transported from one operating theatre to another.

Versius, if approved for clinical use, is expected to allow thousands or more surgeries to be carried out each year as keyhole procedures. These procedures take a long time and usually, patients receive open surgery instead of keyhole ones, simply because there are not many surgeons who have that particular skill.

Keyhole procedures are preferred because they require fewer incisions, which also decreases both the pain, the use of painkillers as well as minimizes the risk of infection.

Having a robot do this particular work also means there will be no hand tremors and almost zero risk of touching close nerves, vasculature or organs. The robot also provides the surgeon with magnified vision and decreases the surgeon’s strain, as many of them spend hours in uncomfortable positions during surgeries.

The robot has three robotic limbs just slightly bigger than a human arm, that are mounted on mobile units. The arms hold instruments that meet in one single needle-like point and then spread out inside the patient.

Versius is able to carry out a number of procedures, such as ear, nose and throat surgery and hernia repair.

Do not worry though, the robot will not do whatever it pleases – it is controlled by a surgeon.

In the future, telemetry data will also be collected from vast numbers of surgeries which will identify the most effective ways of performing surgical procedures, thus helping surgeons improve their technique as well as being cost-effective and less time consuming.