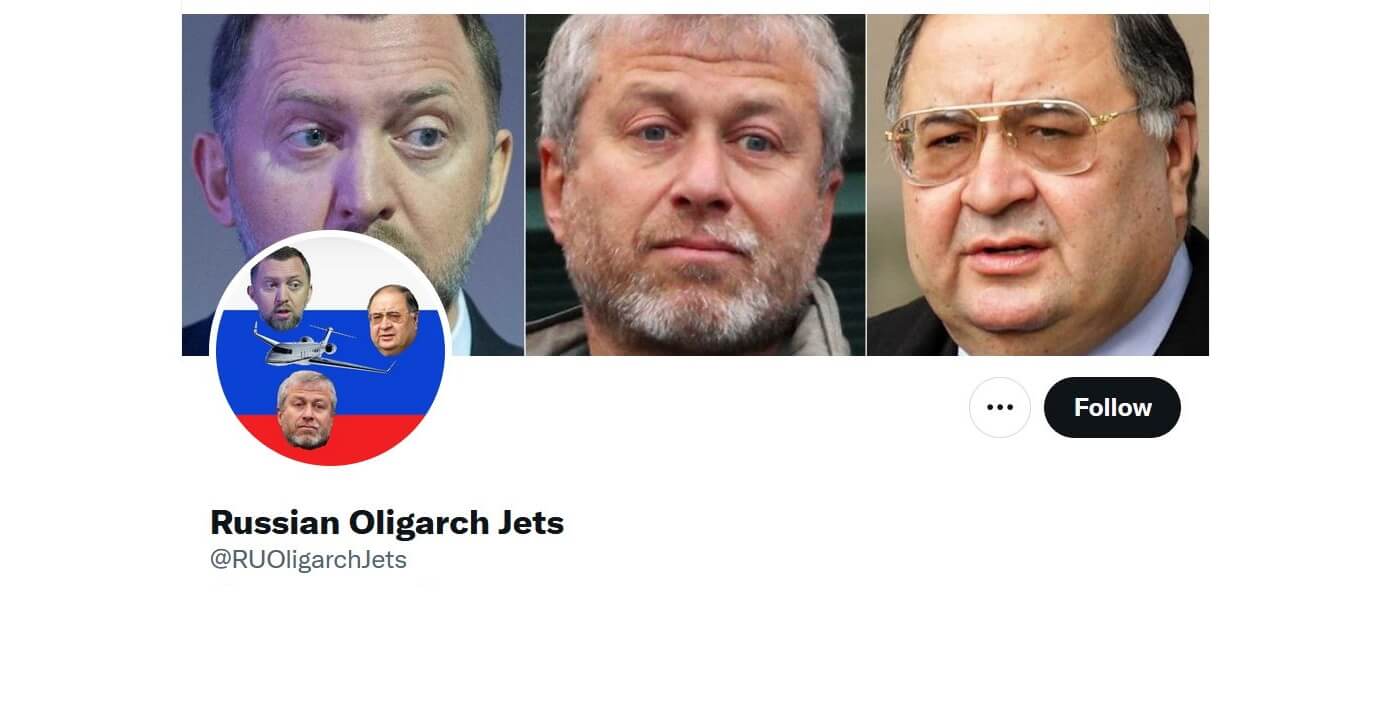 There’s more than one way to fight a war and digital warfare offers plenty of room for creativity.

As BusinessInsider reports, the Oligarch Jets account has already tracked several flights by aircraft owned by the Russian billionaire Roman Abramovich, including a helicopter trip in the Caribbean on Monday.

Hoping to put more pressure on Vladimir Putin’s inner circle and to help Ukrainians defend their country, it’s not just individuals and hackers like Anonymous who are targeting these individuals this way.

CNBC is reporting that Russia’s oligarchs are moving their megayachts to Montenegro and the Maldives in order to avoid being seized. Their panic comes after the US government pledged to hunt down Putin’s allies, the richest men in Russia, and freeze their assets.

The tool annoyed the billionaire so much that Elon Musk directly reached out to him via direct message and offered him $5,000 to shut it down.

Wonder how much a Russian oligarch would offer for a similar request!