Telescopes Have Come Very Far, As Proved By These New, Crisp Images Of Neptune 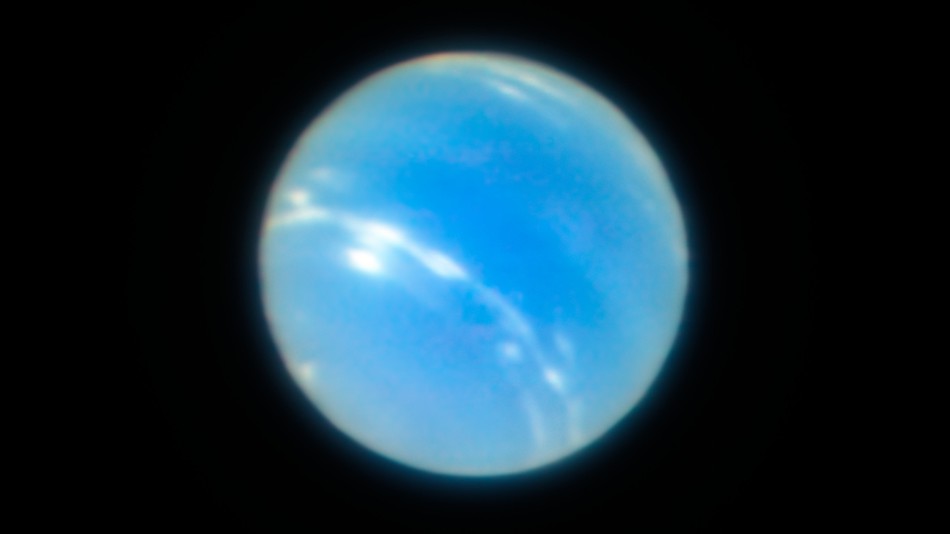 Thanks to the European Southern Observatory’s Very Large Telescope (VLT), today we get to see these amazingly sharp new images of Neptune. Not an understatement, keeping in mind that Neptune is around 4.5 billion km away from Earth.

The telescope is located in Chile, in the Atacama Desert, and it has been recently upgraded. Thanks to that upgrade, it has been able to take these images, which rival those of Hubble, the Earth-orbiting telescope.

The VLT is made up of four telescopes that sport 8.2 meter mirrors and the photos were taken with laser tomography, which is the new adaptive optics mode on the GALACSI unit.

The instrument, called Multi Unit Spectroscopic Explorer (MUSE, for short) works with the GALACSI, allowing the telescope to correct the turbulence at different altitudes in the atmosphere, which results in the images that have been captured.

Here is how the planet looked like without the adaptive optics. 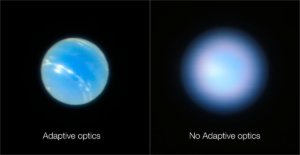 For comparison, here is a side by side image of Neptune taken by Hubble on the right, and by the VLT, on the left. 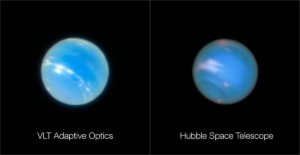 The Earth’s atmosphere distorts the appearance of objects in space. From the ground, you have to find a way to correct that blur that makes distant objects unclear, hence why you need a reference point.

The VLT shines four bright lasers out into space, which create a fake star in the sky. Then, the blur on the laser is used to inform the computer-controlled mirror, which corrects for the atmosphere effects. That is how MUST takes sharper pictures.

There are two optics modes on the VLT – the narrow-field mode that can focus on small points of the sky with high precision, and the wide-field mode, that can do the same but only correct a kilometer-thick of atmosphere distortion.

The ESO will continue to update its instruments still, and we can’t wait to see what more is out there to look at.