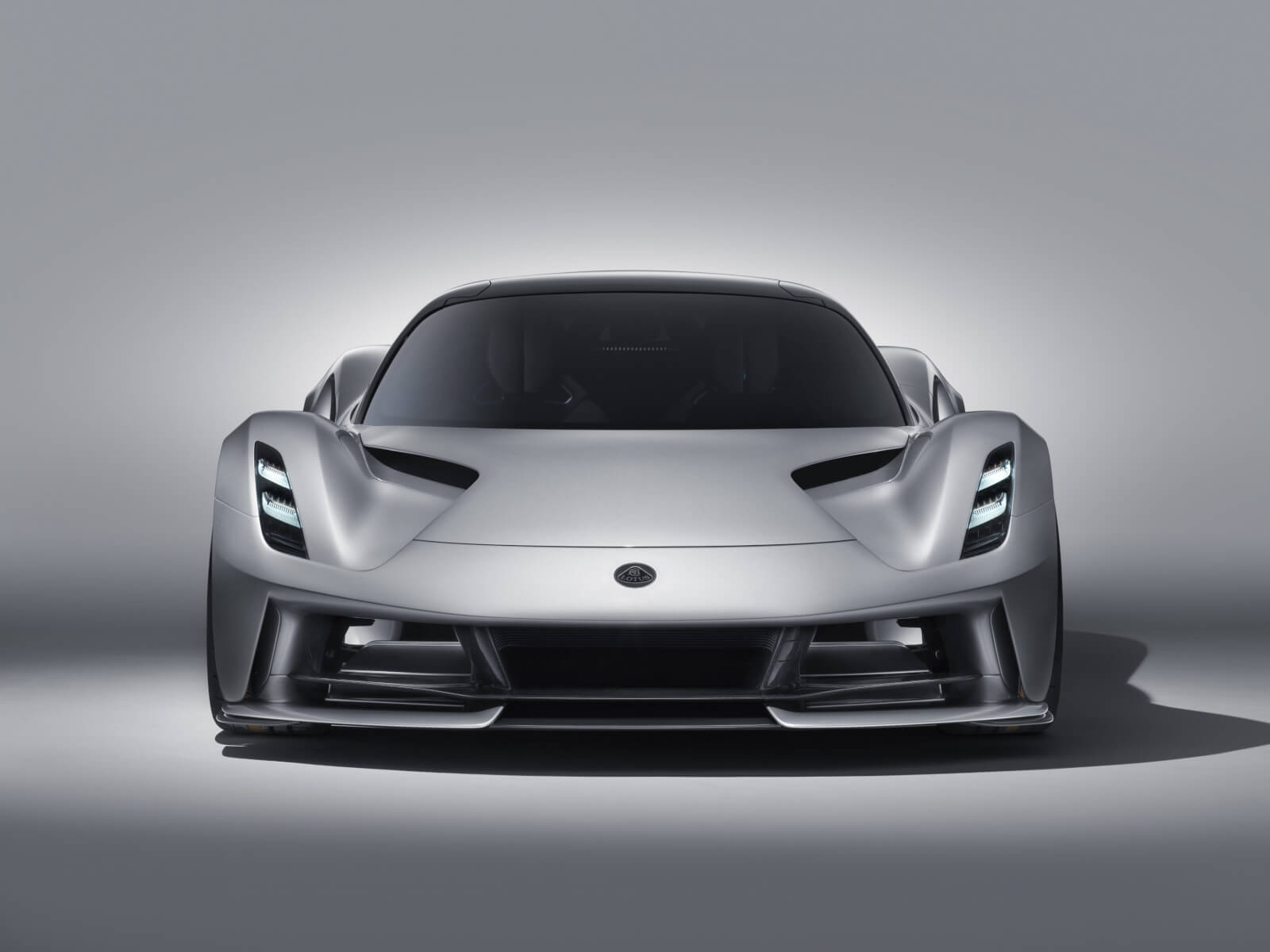 On Tuesday, Lotus has unveiled the Evija, the company’s all-electric hypercar, a sleek, futuristic-looking vehicle that stands out from the usual Lotus lineup.

The car looks ready to speed away across interstellar highways – it’s low and the bodywork hugs all of it shapes, wheels included, just to open up into large air channels on the back wheels. That’s probably because, as far as the outer design goes, it’s the rear where all the magic happens: the air channels are surrounded by LED lights, with an additional light in the middle of the diffuser.

“The packaging of the battery pack and rear motors offers some flexibility when designing the rear bodywork and diffuser.” Russell Carr, who was in charge of the Lotus design, told TopGear. “This has helped us create the distinctive Venturi tunnels. Cooling requirements are less aggressive than on a 1,000hp+ combustion powertrain, and this has allowed us this ‘porous’ quality, with air going through the car.”

The charging port can be found under the rear Lotus logo as well.

The designers managed to make the car look simple yet complex all at the same time and it’s the same style they opted for as far as the interior goes.

First, the doors pop up to allow you access to a small, square steering wheel and digital screens that can also be found in the door panels, in the place of mirrors – they send out a camera view into the cockpit. The seats follow organic lines, blending in with the curves of the vehicle – they look like they’re fit for racing but also for relaxation.

The car is 1,680kg light and about two meters wide, so it has quite the presence in more ways than one but it’s also silent: the only sound the vehicle makes is the one the company digitally created to alert the pedestrians that it’s coming around. 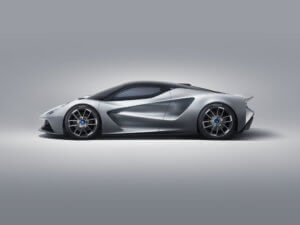 The battery uses four electric motors to juice up the Evija, all of which are capable of almost 2,000 horsepower and no less than 1,250 pound-feet of torque. This output can get the car to 62 miles per hour in under 3 seconds and up to 186 miles per hour in less than 9. Its top speed has been clocked at 200 miles per hour.

With a 70 kilowatt-hours battery, Lotus estimates that the car can go for about 250 miles, range-wise. Via a 350 kilowatt charger, the Evija can be topped back up in only 18 minutes.

Each Evija unit will cost somewhere between $1.9 million to $2.5 million and, just in case you were taking out your wallet to grab one of the 130 units that will be manufactured, Lotus wants a refundable deposit of $310,000 up front from you.

You’ll have to wait a while for it though: the company will only begin to produce them in Norfolk, England, as of 2020.