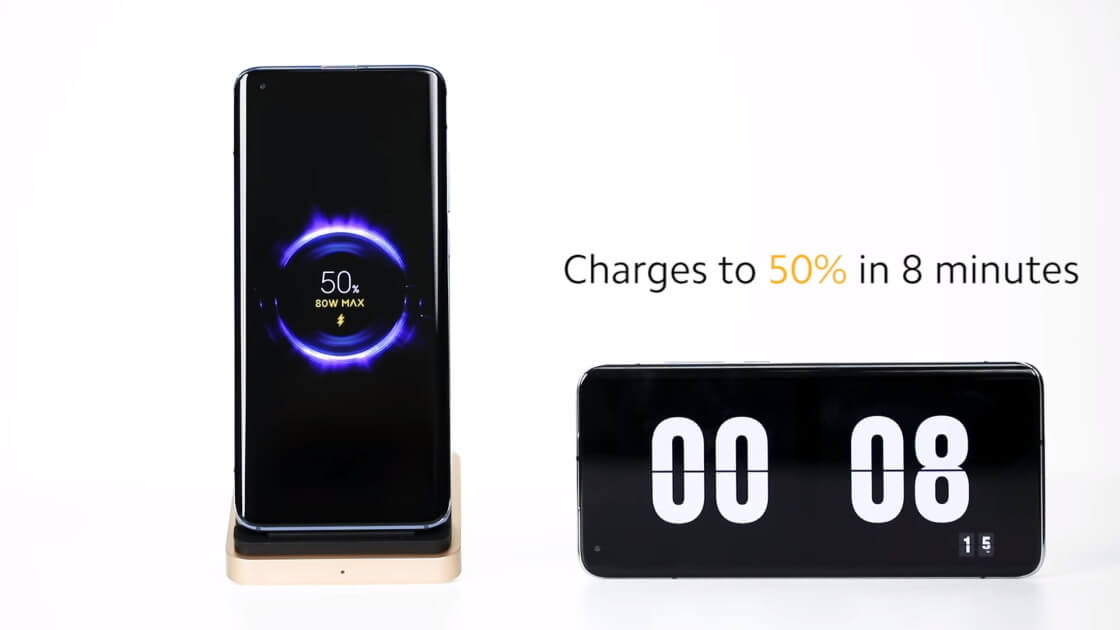 Zeng Xuezhong, Xiaomi’s vice president took to Weibo to introduce a new prototype the company has developed: an 80W wireless fast charger that can fill in a 4000 mAh battery in just 19 minutes. This is a far cry from other wireless charging systems, even in China where fast wireless charging is more common and the competition more vigorous.

Not one to be outdone by other leading smartphone brands such as Apple or Huawei, Xiaomi has just revealed a system that is 5 times faster than Apple’s 15-watt wireless charger and twice as fast as Huawei’s 40W Super Charge Wireless Stand.

The Chinese brand Oppo has also recently presented in a surprise announcement the 65W AirVOOC wireless flash charge which can fully charge a 4000mAh battery in 30 minutes, but so far we have yet to receive word on either the release date or the price.

Nevertheless, according to the technology news website The Verge, Xiaomi already has the fastest wireless charging available on the market, which can be bought with the Android-based smartphone Mi 10 Ultra; the charger boasts a 50W wireless technology which goes 0 to 100 in 40 minutes.

Not bad for a company which, according to IDG –the world’s leading technology media, data and marketing services company – has ranked 4th in the Top 5 smartphone companies globally since 2018, with smartphone shipments reaching 125 million units last year.

So far, Xiaomi has yet to specify when the new 80W wireless fast charger will be officially launched.