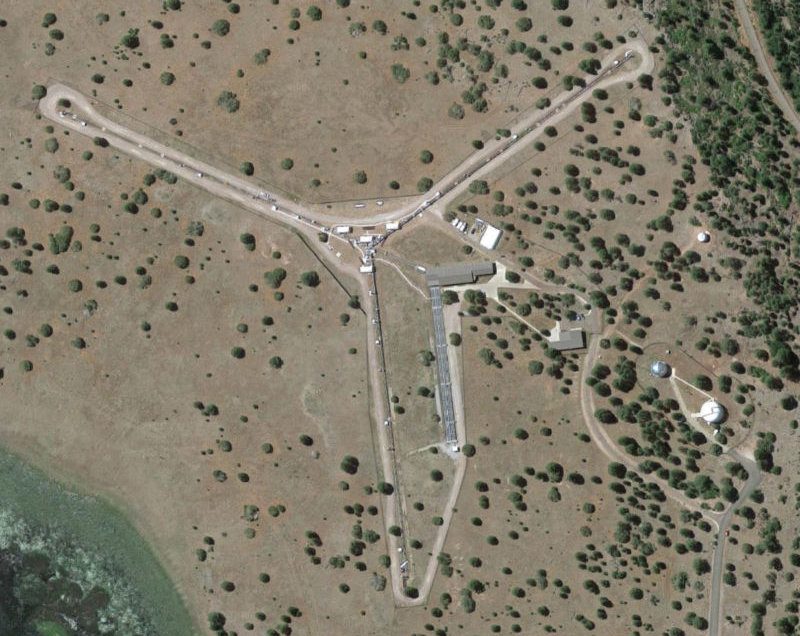 The Navy Precision Optical Interferometer in northern Arizona is awaiting for new mirrors to be installed. After that happens, they will start to collect starlight and turn it into the highest-resolution optical telescope in the world.

Astronomer Gerard van Belle is the one responsible for the idea, and it is him we will have to thank when we watch an exoplanet cross the face of its star some hundreds of light-years away from Earth.

The instrumentation, when it will be updated and modernized, promises to revolutionize astronomy.

Now the challenge was to build big enough mirrors, as they are the ones responsible for catching light but mirrors can only be built so large at the end of the day.

A bigger mirror catches more light, which makes fainter objects visible, and also produces a higher resolution image. Now, if you do find it in your heart to give away that first advantage, you can fully invest in the second and just lay out a few smaller mirrors across a wide distance. 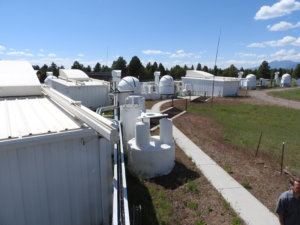 A junction of the  Navy Precision Optical Interferometer. Photo by Art Storbo

That mirror area will not be the best but the diameter will push the resolution up to 11.

That is the principle the Navy Precision Optical Interferometer functions on. It is a Y-shaped installation of 430 meters.

Three vacuum-evacuated tubes run along the arm of the “Y” and they are capable of carrying light from the telescope mirror all the way to the center.

The mirrors bounce star light onto a cylinder which redirects it down those tubes. 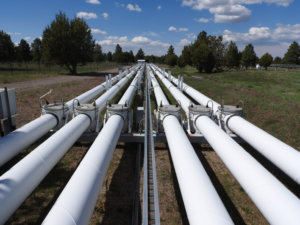 To make it even more challenging, as it usually happens in the realm of science, the light has to hit the mirrors at the same distance before making contact with the camera. A 50 nanometer distance, that is.

The entire setting stretches into a series of tubes that also host mirrors placed on movable carts. From there on, the tubes enter a climate-controlled room where they come to a halt. Then, the light shoots out into the open room where it is reflected by hand-sized mirrors.

The light combined travels down a fiber optic where it finally reaches the image-capturing sensors in the next room.

The science behind it all is based on absolute precision and though it looks big and messy, it will be replaced by a modernized version that is much less complicated. It will still sport the mirrors but they will all feed into more delicate fiber-optic lines that connect to a circuit chip which will perform the camera table tasks.

Basically the same principle, only, you know, smaller. 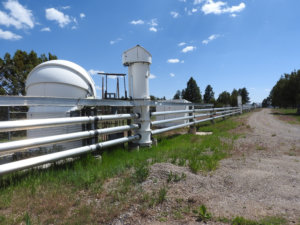 The gargantuan contraption has been functioning for 20 years, but it was never used to full capacity because the mirrors it holds were not large enough to capture dimmer objects.

Three 40-inch telescopes are to be installed to boost the amount of light captured. All the new telescopes will be able to be moved between positions after being mounted on trailers.

You’re probably asking why do we have to go through all this hassle. You see, the US Navy plans to use the telescope to catalog the positions of objects more precisely.

Right now, the world’s GPS navigation still depends on the stars because they have always been the reference frame used to pinpoint the position of GPS satellites. Those, in turn, tell people exactly where they are.

From the moment the Navy took an interest in it, astronomers decided to ride the wave along, as well. With the improved abilities of the telescope, they will be able to search where liquid water exists and watch planets that are in the early stages of forming. … And that would only be the beginning.

Sometimes bigger does not necessarily make it better but when it comes to the Cosmos, humans have to go big or go home. In the end, we have to not only get big but bigger,  if we want to get any answers about the inner workings of the space we inhabit in the Universe, and beyond it.