Thorn: Fighting Against Child Sexual Abuse|"This Audacious Project is a Declaration of War Against One of Humanity’s Darkest Evils.” 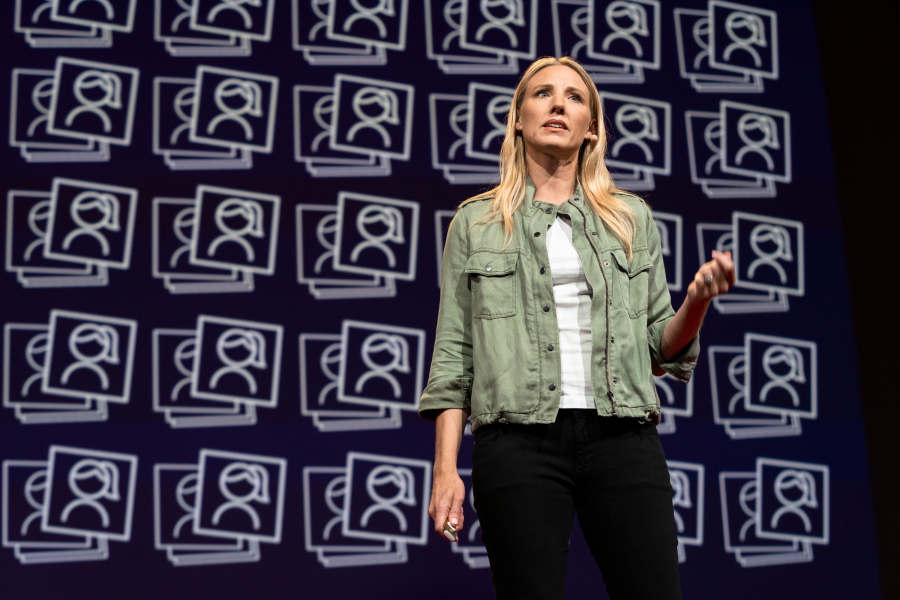 The 1980’s were interesting from many points of view, not just because of top Billboard hits that have become pop anthems but also because in the late 80’s, a combination of laws and increased prosecutions have managed to almost completely eliminate the trade of child abuse and pornography material.

But the late 80’s also cradled the inception of the internet as we know it today and as the internet grew, so did the prohibited material; and the material we’r talking about is not a bulk of books or manifestos that enlighten the mind.

No, the material in question features children under 12 years old and includes acts of extreme sexual violence – in 2018 alone, over 45 million images and videos of suspected child abuse were reported to the National Center for Mission and Exploited Children. It might put it into perspective to mention the fact that number is over double the amount that was reported in 2017. And the numbers continue to grow.

If you spent a lot of time online, you might have come across abusive material in a lot of shapes and forms and, though you maybe haven’t encountered it first hand, you should know and realize that child sexual abuse material exists on every platform that allows for user-generated content.

Yes, even your beloved Instagram – dig deep enough, follow the right hashtags, jump from an account to another and you’re bound to find it, sooner or later.

All most of us can do is report the content and hope someone will do something about it but the truth remains that most of the content on these platforms, while it will be taken down, will rarely, if at all, be inspected thoroughly.

And it’s not because people have become desensitized or because these behaviors are becoming frighteningly normalized but it’s also because those who want to do something about it often don’t have all the necessary means to do so.

It’s not an easy topic to talk, write or fight against, but someone has to do it, and they have to do it out loud.

This is where Thorn comes in, a non-profit company co-founded by Ashton Kutcher, which builds technology that aims to protect children from sexual abuse.

Julie Cordua, CEO of Thorn, took to the TED stage this year and made Thorn into one of the eight groups that received funding from the Audacious Project – a TED-sponsored fun that gives away $280 million to organizations who bring innovative and viable ideas that can contribute to resolving pressing global issues.

The need for this type of technology was highlighted by Kutcher himself, when he testified before Congress in 2017 and detailed a phone call he and his team received from the Department of Homeland Security: they were searching for a sexual abuse victim of only 7 years old. The authorities were unable to locate her abuser, in spite of the child appearing in numerous sexually abusive images online.

Following the case, Cordua and her team, after a lot of brainstorming, realized that there were no technologies available which could help them locate the child.

“The abusers win when we look at one piece of the puzzle at a time. … This Audacious project is a declaration of war against one of humanity’s darkest evils.”

So Thorn didn’t just brainstorm around a table and sent out ‘thoughts and prayers’. They started building.

The company built technology that allows law enforcement agencies, NGOs and tech companies to connect the dots. The tools they use collect the digital fingerprints, called hashes, of every file of child abuse they encounter and catalog it.

As the hashes pile up, they become more prominent and it all soon becomes known content, which allows the law enforcement agencies to see the new material faster and attempt to find the child that is being abused.

Thorn’s ultimate goal is to have the ability to identify the new material within seconds – this will work towards eliminating the content from the internet altogether.

The company’s software is currently being beta tested by companies like Imgur and Flickr but can be used by any platform that allows user-generated content. Even so, you’d be surprised to find out that a lot of companies are actually reluctant to use the software on their platforms because they fear what they will come across.

“Most entrepreneurs only think amazing things about their technology, which is why they’re great innovators,” Cordua has told Business Insider “[But] at some critical tipping point, if certain people or organizations haven’t taken action, then that’s questionable.”

Thorn plans to invest some of the funds to continue building products that will fight against any new technologies that might emerge and into research, development and innovation “in order to stay ahead of a constantly evolving landscape and ensure we will never be so far behind abuser tactics again.”