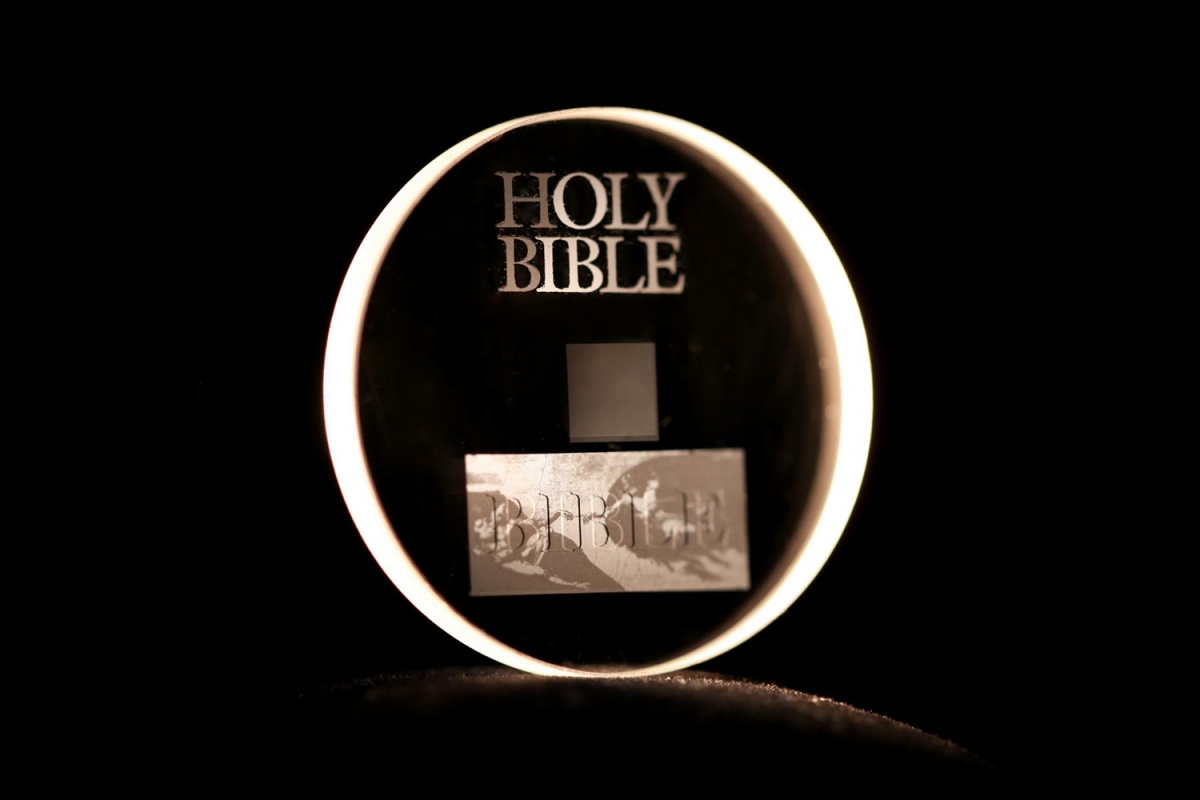 Imagine storing humanity’s best inventions and monumental discoveries in one place, for all eternity (well, 13.8 billion years, at least). The idea has been discussed before in science circles and translated in movie plots but now scientists have made it reality. Researchers from the University of Southampton in the UK have created a tiny glass disk that can store up to 360 terabytes worth of data in five dimensions.

The nano-structured disk has the potential of resisting within this timespan because glass is a tough material that’s chemically stable and difficult to melt or warp – the disk should endure temperatures of  190°C.

How could you envision the five dimensions? Well, a CD works in just 2 “dimensions”; when a laser is pointed towards a thin line with bumps in it, light is reflected or not. When it is, data is recorded as 1, when it isn’t, as 0. This glass hard disk though stores information in the interior using tiny structures called nanogratings. They also change the way light is reflected but in this case, it comes back as multiple dimensions.

The insane amount of data this little disk could store has made scientists believe it could keep safe nations’ most valuable data as well as key ingredients to world cultures. A glass disk the size of a Blu-ray can keep safe 3.000 more data, about 360 terabytes of information.

what we can guarantee is that we have the ability to store the culture, language, and essence of the human race in a simple piece of glass. For future civilizations — or whatever else is out there

Researchers are more than optimistic regarding the future of this type of technology. They believe a DVD player that can read a nano glass disk can be developed in a couple of decades, so, maybe, just maybe, we’ll hold this remarkable product of science in our hands, soon.